His Past Didn’t Destroy a Chance at Love 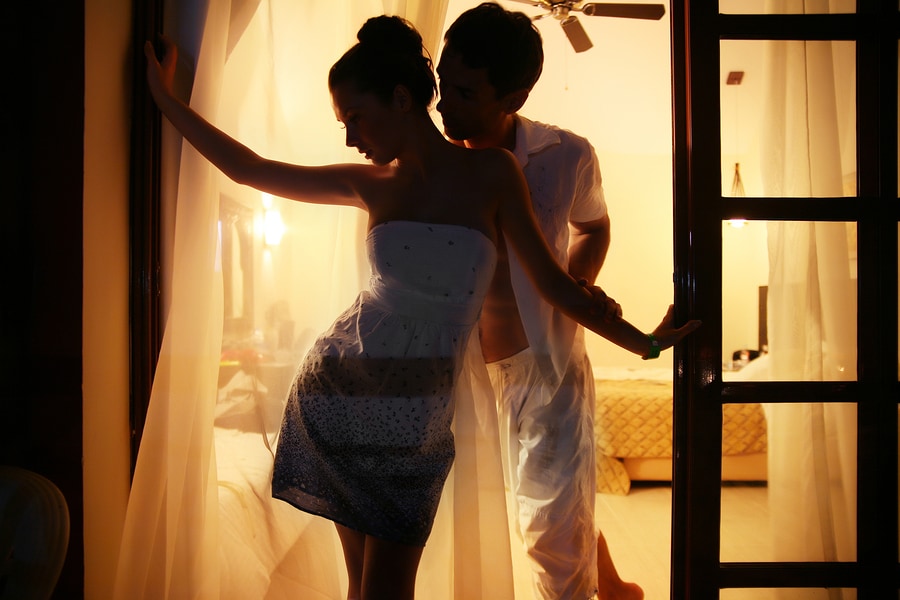 My name is Dan Madonia and I am in an adult relationship. Which if you don’t know me is an incredible feat. Before my girlfriend, there were things I would do for a sandwich that I wouldn’t do for someone of the fairer sex. I wasn’t exactly sensitive to those around me, a girl once broke up with me and I didn’t even know we were dating (which is the ultimate situation of not knowing what you got until its gone.)

My parents weren’t the best of examples either, my father is a touring professional comedian who my mother only had sex with ONCE and didn’t let me know he was the father until I was twelve years old. I wouldn’t say that I have daddy issues though; the presence of my mother screwed me up way more than the absence of my father. My mother is a retired adult entertainer with more credits than I can list. Which is a hard nut for a lot of people to swallow. Most people have trouble coming to grips with the fact that their parents had even had sex once, I had to come grips with that’s how my toys were paid for. That will make you think twice before asking for stuff for Christmas. I wasn’t completely left without a father figure though, my mom did hook up with her acid dealer when I was two years old and they embarked on what can only be explained as a twenty-year case of Stockholm syndrome. Who the actual hostage was though, is still up for interpretation.

With that tremendous backing cast. you are ultimately going to end up a little screwed up and come up with a few twisted theories on what love and relationships are like. I grew up believing that relationships were like driving in the carpool lane.

2.) There are heavy fines for getting in and out at the wrong time and

3.) Once you are in it you are sitting there watching everyone else go by, thinking “What the hell? This was supposed to be better.”

Thinking like this is not the best way to end up running down the aisle. But here I am, in an adult relationship with everything that comes complete in the adult relationship do-it-yourself kit like a dog, decorative soap and re-runs of Everybody Loves Raymond. How does that happen?

It is the answer for everything. Get over it. Its not easy and I know this but in order for any relationship to succeed both people are going to have things to get over. For my girlfriend and me it was my past thoughts but for you it might be someone’s sleep apnea machine, someone’s technology obsession, someone’s mean Doberman or someone’s Doberman-like mother. Of course you aren’t going to be able to get over everything instantly but that is what a relationship is about, bringing two perspectives together and making each of yourselves better. There are going to be fights and bumps in the road but if you truly love one another you will be able to see from your partner’s eyes and get through your problems. For example, earlier this week my girlfriend was mad at me because I am immature, but all at the same time I was mad at her because she isn’t a power ranger…In the end we both had to get over it.

His Past Didn’t Destroy a Chance at Love

Dan Madonia - Dan Madonia is a Los Angeles based standup comedian and co-creator of webseries RelationSHIT. Follow him on all social media platforms to find out when he will be in a small claims court in your area. Facebook.com/danmadonia Twitter/ Instagram- @danmadonia