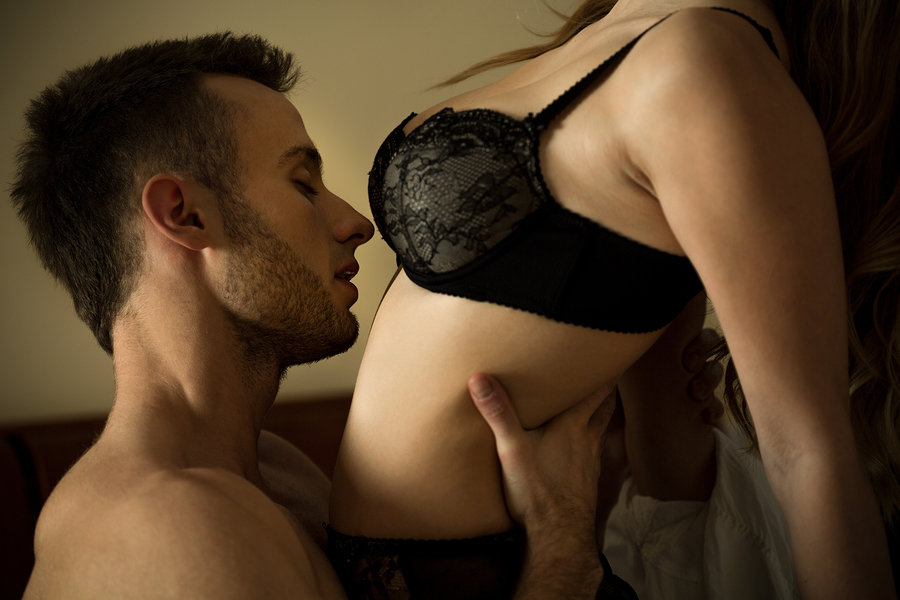 Men are simple creatures. Women spend much more time pondering our desires and motivations than  than we do, but nobody said we don’t value introspection. Women want to know what men want, and men—when plied with alcohol—want to tell them. So armed with a pen and an open bar tab, I set out to find the information that will help you snag your man.

First, know what you’re after. More and more women are holding off on relationships—at least for a while—and, like countless men before them, complaining that they can’t get no satisfaction. Emphasis on ‘action.’ So the first question I posed to the motley mass: “What should a woman do to get your interest if they want to sleep with you?”

“Stick your hand on my crotch.”

What can I say? We’re a shallow lot. The truth is, if you want to seduce a man into bed with you and he doesn’t have what he thinks is a “better” option, you just have to lay it out there. Alcohol helps. Ugly, I know.

But seducing for life is another matter. “Men, instinctually, gotta hunt,” says Bechir, 26, “and what we hunt is hot women. But every man doesn’t see ‘hot’ the same way.”

Just like we wouldn’t use a monkey wrench to put up drywall, you’ll need different tools depending on what kind of guy you’re trying to land. So tip number two? Know your audience. A primer:

The Baller
The Guy: Whether he loves football or baseball, basketball or soccer or rugby, his dream girl is a sexy, fun, low-maintenance, bust-open-a-beer cheerleader for “Team Him.” He loves the gym, loves sports, and will wear his team’s jerseys to your grandparents’ 50th wedding anniversary party.

The Approach: In his mind, he’s a big league athlete, so compliment his physique, and be specific (“You have great triceps”). He spends time on this, and he’ll be psyched you noticed. Lots of  arm-touching and bicep squeezing is good; make him feel strong (Hint: We love it when you say, “Can you open this?”) Drink a beer, not a martini, and ask him to play a game of darts or pool. Even if you suck, he’ll love teaching you the game. It’s also a great place for physical contact. “And ask him if he ever played sports,” said Mark, 31, to grunts of approval all around. “We love that.”

The Warning: You may always play second fiddle to the gym or his favorite sports team, and Sunday afternoon could be really frustrating for you. If he doesn’t give up Sunday afternoon orMonday Night Football for you when you’re dating, he  never will. Kids won’t change it either; he’ll want to teach them to love the Jets/Bulls/Yankees as much as he does.

The Big Daddy
The Guy: This guy doesn’t just think of himself as a man, he thinks of himself as The Man, and you should, too. He loves women, but not in the most modern, equality-driven way, and he wants his girlfriend (or wife) to be sexy.

The Approach: Be hot, but don’t dress in the “screw-me” dress or that’s all you’ll get. “It’s all about the first look,” says Bechir, “an outfit that compliments you best feature: breasts, ass, legs, whatever you got. Look good with just a hint of ‘freak’ that might be his later. This is a dog, give him a little bone!”   Let him talk about himself, because this guy values a supportive woman more than an intellectual one. “I want a loyal woman who is gonna take care of me when it counts ,” says Hector, 27, “the kitchen and the bedroom.” Two guys high-five behind him, but I look a little uncomfortable until Hector’s friend jumps in: “Cook him dinner! If you cook like his mom, you’re in!”

Warning: Cook like his mom, but don’t smell like his mom. Find a unique perfume that smells all-girl. And most importantly, don’t confuse “supportive” with “vapid.” Make jokes, show some spirit, and don’t overdo it. If there’s a small something you don’t like about him, don’t lie; turn it into a positive. If he’s pudgy, call him your “pudgy bear.” Then have crazy sex with him.

The Nerd
The Guy: Forget coy smiles from across the bar; this guy won’t approach you. In his mind he’s still the skinny dork standing on the sidelines of the school dance.

The Approach: Chum it up. Laugh at his jokes, don’t wear make-up, be a dork. It’s cool with him. This is a good guy who want a real girl. Also, comment on how smart he is. He thinks his brain is his best feature, so make it seem sexy. And use the following phrase: “You are really cute, I love your (insert desirable quality here).” He’ll fall all over himself if he thinks you might give him the rock-star sex that he spends good money to watch on the internet. But be careful: these guys make great best friends, but move from “buddy” to “relationship” quickly or you could slip into the “best-friend-with benefits” zone.

Warning: These guys usually have a hobby or interest you don’t understand–RPG’s, Lord of the Rings obsessions, Fantasy Football, whatever. Don’t mock it.. If you don’t get it, fine. Just be supportive. If you happen to love it, too, then dress up in Star Trek outfits and role-play your way to Geek Love.

The Bad Boy
The Guy: Hot, interesting, mysterious and full of possibilities… the ultimate diamond in the rough. This guy is unpredictable, and no matter how many times he forgets to call or  issues last minute invitations, there is a certain brilliance and sensitivity and excitement about him. Or so you say.

Approach: “If you’re hot enough or I have nothing better, you’re in,” says Marco, 23, who claims he ‘really means well every time [he] screws up.’ Be interested, fun and up for anything, but not needy. In fact, don’t need anything, because you won’t get it. This is all about him, and if you’re open to adventure and don’t mind clutching coat tails, he’ll be happy to take you for a wild ride.

Warning: He is never going to change. You won’t fix him. He will crush your heart into pieces, and then snort them up his nose. If you still want to pursue him, go into your room and draw a map of where you’re about to hide your self-esteem, because you won’t be able to find it later.

Feeling like the topic was thoroughly vetted, I started to close out the tab when  a new voice piped up:

“It’s so hard and yet so simple,” said Phillip, a divorced father of two. “If you want to seduce a man down the aisle, be positive, bring joy to the table, use your brain, laugh, and let us think we are–at least to you–the smartest most interesting man in the world, and that you will always be an advocate for us.”

The men all nodded quietly, struck dumb by awe and Heineken, till, with equal reverence, Todd, 34, chimed in: “And you gotta give blow jobs.”