Falling in Love in a Foreign Language 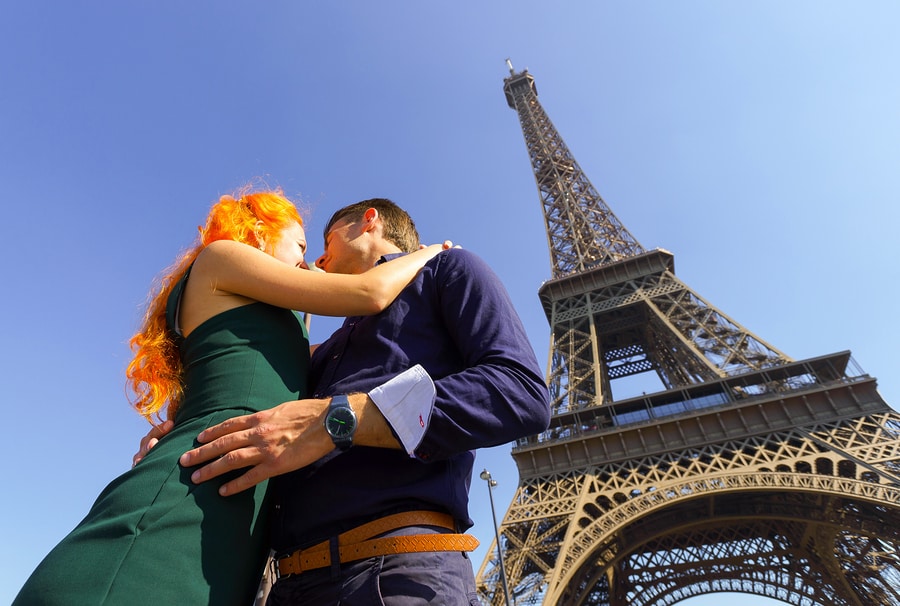 From the very first flirtation, dating a Frenchman is different

Devoid of a wingman, he’ll approach and break out some rusty high school English to compare the color of your eyes to the sky, to the river, to a bird he saw, once. When I first met my French fiancé, eight years ago now, his English was wanting, and he resorted, instead, to identifying random items in the room—table, teeth, bottle, bag.

Bless him, it worked.

But before I met my fiancé, I discovered quite a few duds in the French dating pool. These were men whose egos have remained resolutely intact after years of being brushed off by French girls who aren’t afraid of saying no. I was horrified when I realized that my all-American technique of “letting him down easy” just seemed to make French men try harder. I learned early on how to say “no” like a French girl: decisively and without apology.

After the rare “yes,” though, I learned that old-fashioned dating is alive and well in France—there is very little hookup culture and definitely no “Netflix and chill.” In fact, more often than not, both the first and the second date with a Frenchman are surprisingly devoid of so much as a goodnight kiss, which forces people in expat circles into analysis: Was something lost in translation? Have I found my way into the friend zone?

But France has no friend zone to speak of; it’s just that three is the magic number. After date three, the bise—that ubiquitous European double-cheek kiss—is retired without ceremony. You are a couple now; there is no conversation to establish this. Attempts to have such a conversation—or accidental offerings of a cheek for the bise, due to habit—both cause French men to react as though you are insane.

French men say “Je t’aime” far too quickly for my taste. I am convinced it means something different to them, because I’ve had it said to me long before the concerned party knows how to spell my name, and far before I feel ready to say “I love you” back. When my fiancé whispered it to me just hours after our first kiss—or maybe even before—I said, “I like you too,” and I tried to pretend that the translation mishap eluded me. At least I never had to worry about saying it first.

Falling in Love in a Foreign Language