Decoding When He Touches Your Leg 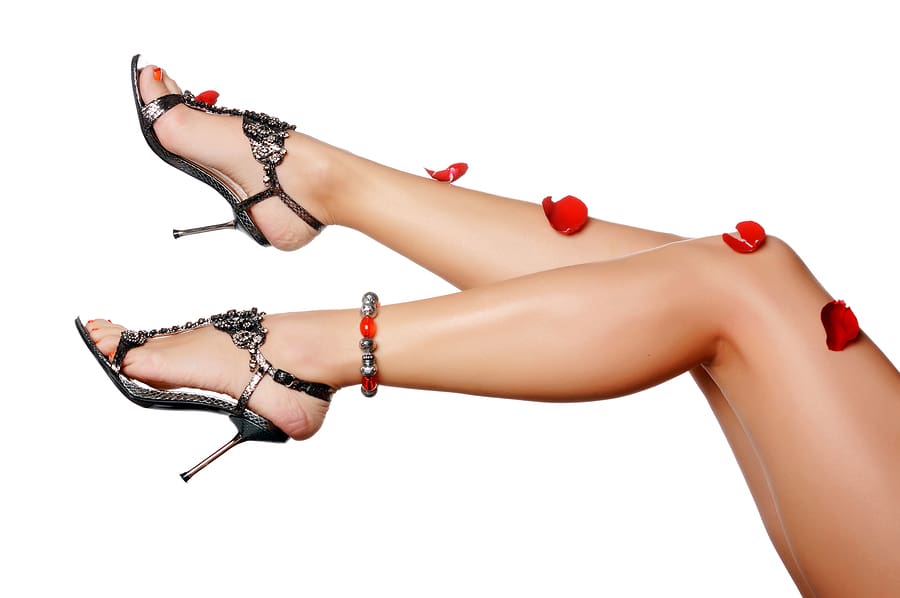 Biologically, we are hardwired for communication – our fingertips have a huge number of nerve endings and are one of the most sensitive parts of the human body.

Sense of touch also plays a very important part in our romantic and emotional relationships. Men and women exchange body contact all the time, in many situations. But sometimes, it’s hard for women to differentiate between contact that may have a sexual meaning, and that which doesn’t.

So, what does it mean if a guy is touching you? Here are some answers to this question:

We judge beauty by the symmetry and other facial features. Lips and kissing, on the other hand, are two of the most important aspects of our sexuality.

The importance of the face is obvious, and that’s why we rarely let anyone touch it. A stranger on the subway can touch our hand, but we won’t let him touch our face, and everybody instinctively knows this.

If a man touches you on your cheeks or any other part of your face, it’s a sign he desires to be closer to you, even if he is masking it in a neutral gesture like removing an eyelash. If he wasn’t interested in you, he would probably point it out verbally, and not go ahead and touch you.

The hair carries a big statement about our personality. It is seen by all and at the same time, it’s a way we send a message to the world. If a guy is touching your hair he is responding to your statement, most likely in a positive way. This doesn’t always involve a romantic motive, but it easily can. If he continues touching you, the probable answer is – yes.

Hands are the part of your body designed for touching. A lot of social gestures like handshakes or high-fives are common place in many cultures. Mostly, these gestures are devoid of any emotion. Yet, the duration of hand-to-hand touch can say a lot about its meaning.

If a guy holds your hand longer every time you great each other, there might be something there. Be aware of this the next time he touches your hand in any way.

Maybe he is trying to tell you something.

For the majority of men, women’s legs are a big turn-on. A light touch on your thighs, especially if you’re sitting down and facing the man you’re talking to, is always a way to become more intimate. Sometimes men will act as if they touched you accidentally.

This is probably a way of testing your reaction. Usually, if they conclude you’re into them, the next touch will be a longer, but equally light, caress across the length of your leg.

Touching someone’s back carries a message of support and reassurance. It probably originated in ancient history, when people literally needed someone to “have their back”. But this is true for your upper back, and the area just beneath the shoulder bones.

If his touch gets lower, it carries a more intimate meaning. The area of the lower back is really sensitive and the longer a guy leaves his hand on this part of your body, the more you can be sure he is attracted to you.

In our culture, tapping on the shoulders is seen as a universal gesture of compliment. A boss will pat his subordinate on the shoulder after a successful project, and a sports coach will do the same to his players.

If a man touches you like this, he is either doing the same, or maybe using the opportunity to get close to you. This is even more likely if that guy is normally shy and introverted.

A woman’s sides, waist and hips have a strong sexual symbolism. In one sense, they represent the woman’s ability to bear children (remember those caveman figurines that represent women with enormous hips). If a guy is touching you in this area and you’re standing face-to-face, this is a clear indication that he wants to pull you closer.

Don’t be surprised if he tries to kiss after this particular touch, especially if it lasts for more than a second.

As you can see, touching can mean a lot of things in a lot of situations. Have faith in your knowledge about different touches as well as your gut feelings about them.

Decoding When He Touches Your Leg