Dating Across Cultures: The Reasons This Woman Did 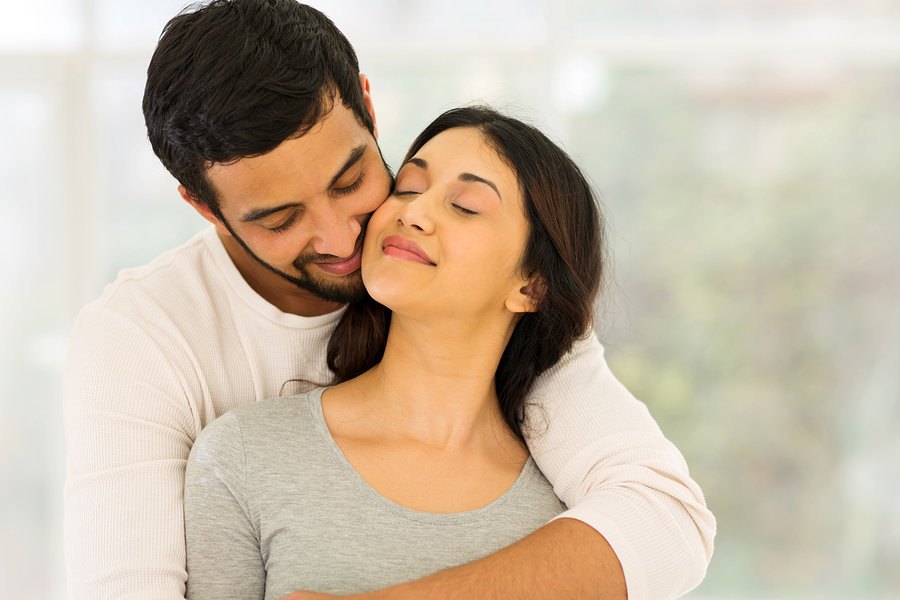 What are the reasons why we find love with the Indians?

A Jewish friend of mine remarked once, only half joking, that he believed Indians are the true Chosen People. With no offense to Moses, I had to agree. I lived in India for about three years and my husband (currently known as my husPad, thanks to his appropriating the iPad he “gave me,” — but that is another column) is from New Delhi, which, in addition to providing me with lots of Indian friends and in-laws, have given me a pretty good perspective on the desirability of the people from the world’s largest democracy — and how to woo them.

Before getting to “how,” let’s start with “why.” There are obvious reasons one would want to date an Indian, such as how successful and professionally desirable they are. Indians dominate as engineers, doctors, lawyers, venture capitalists and entrepreneurs. They make up a large proportion of our graduate students — just walk around the campuses of Harvard, Columbia or Stanford or and you will see these incredibly attractive brown people all over the place. Which leads to point number two. Indian people tend to be really good looking. According to Wikipedia*, “India holds the highest number of Miss World winners, only to be tied with Venezuela.” (*That feels a little like citing The National Enquirer but I am going to go with it.)

Most Indians are innately gracious, social creatures; they highly value friends and family and have a calendar filled with various holidays and occasions to celebrate, which they typically do with gusto. Those endless jubilant dance numbers in Bollywood movies pretty much channel the Indian soul. Moreover, Indian men love to dance. If for no other reason other than you want someone to dance with you (or without you for that matter), date an Indian.

Ok, now that the stock for single Indians is up, you need to be on your game if you want to date one. If you are Indian, you can skip the rest of this post and spend the next four minutes savoring your desirability. If you are not Indian, keep reading to learn seven things that should ingratiate you with them. The first five have to do with Bollywood. Indians take Bollywood and their celebrities very seriously.

Two things you need to know about these initials. One, SRK is short hand for Shahrukh Khan, one of India’s premiere Bollywood celebrities. Two, you must have an opinion about him. He is a polarizing figure. Indians either love him or hate him.

If you are pinched for time, you can simply claim SRK is your favorite and move on. But, if you want to take some initiative, I highly recommend you familiarize yourself with some Bollywood actors and choose a favorite. Some safe, attractive possibilities: Salman Khan, Aamir Khan, Hrithik Roshan and Amitabh Bachchan. Kal Penn does not count.

See above. You need to have a favorite. You could claim that it is Aishwarya Rai, who is familiar to most Americans, although you will then be suspect as Aishwarya, while extremely beautiful and successful, is a pain in the neck. She has a reputation for being a major diva. Better options: Rani Mukherjee or Kareena Kapoor.

It should be obvious by now that you need to have a favorite Hindi movie. If you bust out something like, “Yea, I loved Kuch Kuch Hota Hai,” you are very likely to get a second date. If not something straight out of the Kama Sutra. One strong recommendation: “3 Idiots”. It’s a newish film with crossover appeal. Major bonus points if you suggest seeing a Hindi movie together. Most major cities have theaters that screen Bollywood films otherwise you can easily stream one through Netflix, etc.

Bhangra is the percussion-heavy music that is featured in most Bollywood films. It has an irresistible beat that will motivate even the most dance-phobic types to hit the floor. Showing an appreciation for Bhangra will score you points. Finding a place that plays Bhangra music and going there together is sure to get you something straight from the Kama Sutra, especially if you exhibit the right dance moves, i.e. patting an imaginary dog while screwing in an imaginary light bulb.

Indians love their food. Probably more than they love dancing. Unless you are willing to take some serious initiative in the kitchen, plan to go out for an Indian meal. Although this can be tricky. Many Indians would agree that it is often tough to find a good Indian restaurant, even in major cities. If you want to be adventurous and score some points, I suggest you try cooking him/her a few Indian dishes. You can get the basic spices in most grocery stores. I’m happy to share a dal recipe that is unbelievably tasty. (Really, it is called “Mrs. B’s Magic Dal.”)

Indians love when you speak their language. (Note: there are hundreds of languages spoken in India. Aside from English, Hindi is the most prevalent but not all Indians speak Hindi so you might have to determine his/her native tongue.) Before we got together, Sanjay was greatly amused by my reciting various things in Hindi to him. I got a tourist book and told him among other things, that I was missing my green socks. Now there are several iPhone apps that will give you translations. I suggest you pick up a few and break them out at an appropriate time, probably somewhere well into the second date. You don’t want your date to think that if things go south, you will resort to stalking.

Good luck and let me know how these suggestions work out. I hope Laxmi, Goddess of Prosperity, smiles on you as you endeavor to date one of her people.

Oh yea, I almost forgot to mention: one more big bonus when it comes to dating an Indian: communication with cabbies. Think I’m kidding? New Yorkers: Just imagine if you could stop a taxi during the 4pm transition time and your date could say, in Hindi, “Hey brother, will you please take us to Spring and 6th?” You’d find Laxmi did indeed smile upon you.

Dating Across Cultures: The Reasons This Woman Did