Dancing With the Stars: This Week’s Love Meter Review and Shocking Elimination! 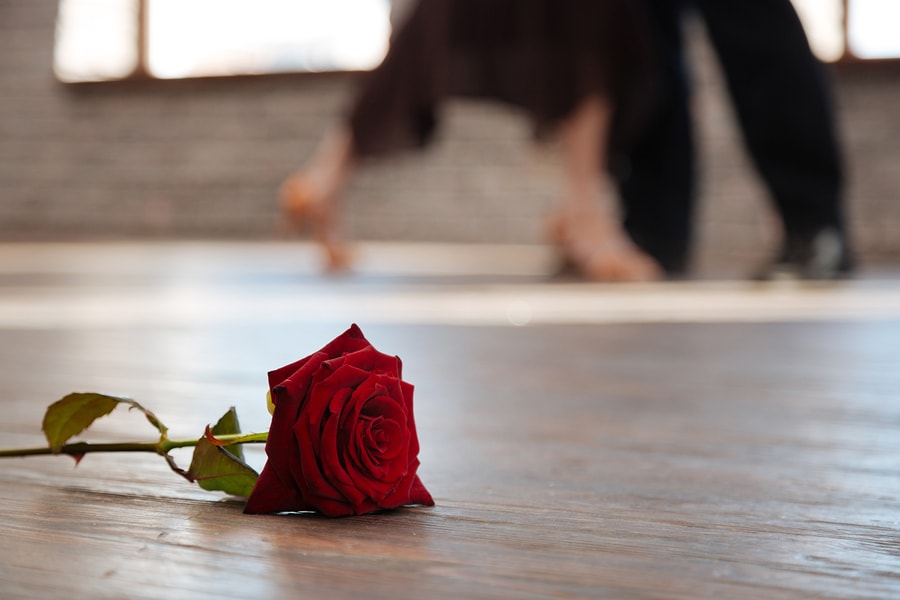 On this week’s favorite ballroom blitz extravaganza reality show, eight couples remained. For the first time ever, the show did a new theme where pairs danced to iconic Boy Bands and Girl Groups, and former contestant, runner-up to the winner, and Backstreet Boys member Nick Carter, sat in as guest judge. Also this week, was a TEAM DANCE broken up into teams of men vs. the women. As always, the 4 judges on the panel gave their opinions and scores on the dancing and choreography, but we here at LOVE TV will critique what really matters – the couple’s chemistry. Now unless you are a professional like me, please do not try to rate the couples at home. This must only be done in a professional environment, using my special scientific formula (I made it up). Just come here, and read on. Oh, and you’re welcome. Let’s get started with this week’s action:

SIMONE AND SASHA: EGG ON THE FACE

They did the Samba to a Destiny’s Child song. During rehearsal footage, Simone was asked if her partner was sexy, to which she responded, “Hmmm, thats pushing it. Sexy? No. Rashad is sexy!” (and she is right) Their dance got mixed reviews, with mostly high marks, and with Len saying “the timing was suspect, like my bladder.” Okay, maybe I made up that last part. But you can’t prove it. Backstage, Erin Andrews further embarassed Simone by bringing up her sexy crush on him. She giggled like a schoolgirl, which she is, technically.

Love Meter Score: This week, I’m giving this couple a score of EGG ON THE FACE, because it must have been slightly awkward having to practice with Sasha for 17 thousand more hours, right after saying he isn’t sexy in the slightest.

BONNER AND SHARNA: COOL DOWN

They did the Rumba, to a Backstreet Boys song, with Nick Carter being a former member AND also being Sharna’s former dance partner. So, the pressure was on. The dance was lovely, but i feel like some of their former spark has started to dim a bit, or maybe they are over each other already. There was a definite hot chemistry factor with these two, the first few weeks, and although it’s still there, its getting more lukewarm for some reason. Nick said: “I can’t be more proud of what I just saw.” Bonner claimed in rehearsals, to cameras, that he is the worst dancer on the show. Yeah, but he also has the best naked chest, and is the cutest. So, there’s that.

Love Meter Score: Giving these two a scientific score of COOL DOWN PERIOD. To be determined as to whether or not their hot status re-appears in the future.

They danced to the Girl Group EnVogue, and they did the Paso Doble. Nancy was very overly critical of herself during footage, and Artem tried to comfort her while still being the firm and supportive coach. Their dance was quite nice, and you could feel the supportive and caring nature coming from her partner in their movements. Carrie Ann called it “spot on. Well done.” Nick said “My mind is blown. You have blown my mind.” Bruno made a sound that only Bruno can understand. Len napped in his Cream of Wheat.

Love Meter Score: Giving these two a chemistry reading of FRIENDLY COACH, because I’m guessing that Artem is way sweeter and more friendly than any of the Olympic coaches Kerrigan is used to. They can be tyrants.

Their dance was to the Beach Boys classic “Fun Fun Fun”, and it was a Jive. The routine had the feel of a 1950s scene, with the TV appearing black and white as if in an old music video or movie. They were pretty adorable together this week, and she was great with him in rehearsals about helping him let go of his insecurities as a dancer. Len said it was “lacking polish and finesse, like my …. oh, never mind.” Now, I may have misheard him, but I could have sworn that Bruno said the dance was “a bit like a stroke”, which was absolutely hilarious and also extremely wrong. Maybe he said something else, but Nick Carter and Carrie Ann sort of gasped when he said it, so who knows. Nobody ever knows what the hell that guy says, because nobody can understand him. Except Charo. Charo could understand Bruno, because she spoke the same crazy language.

Love Meter Score: This week, they get a score of BIG SIS AND LITTLE BROTHER vibe, because that’s how it felt.

They did the Salsa, and their theme was that Val was a hot and sexy construction worker, grabbing her off the street for a sexy dance. It was very hot, and the chemistry was great this week. Bruno had the funniest and wackiest, most innuendo comment with: “It melted all my wiring, and blew out all my boxes!” Carrie Ann said that Normani’s body lines were perfection. And if it weren’t for Grumpy Len, their scores would have also been perfection. You can’t really blame him though. They woke him up from his nap.

They did the Argentine Tango to an N’Sync song. I always love these two. They are so darn cute, and he is the most genuine guy. The way the Chicago Cubs and his former Boston Red Sox teams support him on the show is so cool. Lindsey told him she is his coach, and he responded with “I see it like this. You’re my teammate.” He was a bit stressed out this week due to busy schedule and tension, and she helped him relax. Carrie Ann said “you don’t seem like yourself tonight.” Bruno pointed out that he almost dropped Lindsey while on a lift. David replied with: “I might come off as grumpy when I’m trying to just be serious. Was trying to be sexy for this dance, but Lindsey is like my daughter, so it’s weird.” Love them.

Love Meter Score: Since Lindsey is like a daughter to him, I’m giving them a PAPA DON’T PREACH score this week.

They danced to the Four Tops, and had the Tango. During rehearsals, Emma was working Rashad like crazy, and he noticed when he said to cameras “This girl ain’t playin around. She’s serious.” It paid off, because their connection and hard work showed in the dance. Bruno said creepily: “You wanted to show us what you’ve got, and you’ve got plenty!”

So, after a few weeks nursing his injury and being replaced by another pro dancer as Heathers partner, Maks was finally back, and their connection was stronger and better than ever. They did the TLC song “Waterfalls”, and they had the Rumba. She was joking with him that she wanted to get the “Disney 10 score” last week and didn’t, and he promised her that she would get the 10 score this week with him. The movements were perfect, and they seemed extremely happy to be back together again. Len said: “Beautiful leg action, knockout dance.” Nick called it his “favorite dance of the night.” It was super sexy and passionate, and she is a kick-ass dancer.

TEAM BOYBAND: The men and their pro-dance partners did a fun medley that had a bit of “Magic Mike” quality to it, and was super fun. Their chemistry together as guys was a blast. They were like old friends having a great time.

Well, here comes the shocker. Who went home this week? Not Nick, the bachelor who can only “sort of” dance, on a good day. Not the baseball player, because he is so sweet and funny and not too terrible, and everyone just loves him to pieces. Who went home, was the girl who everyone thought would be in the Finals. The girl who got her PERFECT TEN scores tonight, as promised by Maks. The girl who had to work with a different partner on the fly, because her original one was injured. Yup. Heather went home, and you could tell that she was just as shocked as everyone else. Also, the massive BOOING coming from the audience showed their disdain for the results. Hey, at least she didn’t go home before Mr. T. Or the horror show that was Chris Kattan. Could somebody wake Len up? Who is going to tell him that Heather was eliminated? Bergeron, that will be your job. He likes you best.

Dancing With the Stars: This Week’s Love Meter Review and Shocking Elimination!