Dancing With the Stars: The Semi-Finals Love Meter Review! 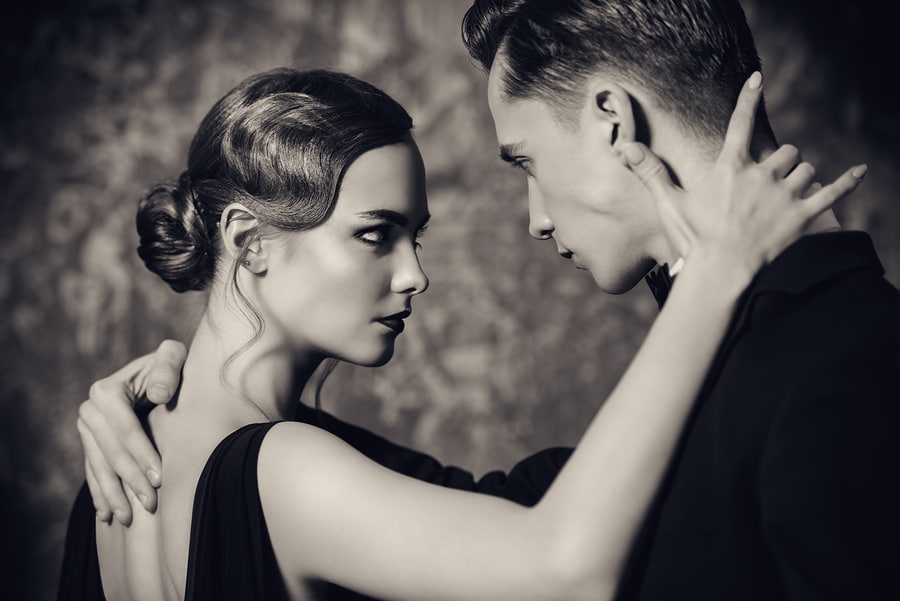 SHOCKING ELIMINATION: It’s all about the Chemistry

This week was Semi-Finals Week on everyone’s favorite dance show, and each of the remaining four couples were judged one last time before seeing who would make it into the Finals. As always, the judges panel on the show were in charge of scoring the choreography, dance moves, and technical abilities of each couple. But we here at LOVE TV have a different but just as important purpose – judging the chemistry between each couple, and sometimes the chemistry in other random places where it’s appropriate (such as the chemistry between Len and his grumpyness, or between Bruno and extra-grumpy Len, when he hasn’t had his nap. ) With only 4 couples left this week, the elimination took another surprising turn, which had the judges gasping with shock at who went home. Let’s take a look:

They did a Vienesse Waltz, which was quite lovely, and they were both very sweaty. You could barely see their faces because there was so much sweat coming off of the both of them together. Julianne said the dance was “stunning. You dance as one. ” Yes, and they sweat as one, too! Bruno said: “Sin city! Get out of there! Sexy! ” No. Seriously. That is what he said. Nobody else knows what it means either. A funny exchange proving this followed, when Bruno yelled: “Everybodys so pumped up!”, and Tom Bergeron replied: “Well, clearly YOU are!”

Love Meter Score: Giving them a score of SWEAT BUDDIES, because they were sweating like fools out there, and their chemistry is very buddy-like.

DAVID AND LINDSAY: So Cute!

They did the Foxtrot, and as always, they were adorable and so likable. This guy could WIN this thing, due to all his very loyal Cubs player fans and Cub FANS fans. (Trust me, it makes sense) In any case, Bruno said: “Lots of margaritas! Joy! Fun! I watch you everyday!” Was he drunk? He was making even less sense than usual this week. Carrie Ann called the dance “much improved. You bring it!” Len called David “the boy that brings joy!” Wow, all this cute rhyming.

Love Meter Score: AWWWWWWWW!!! Their relationship just screams that phrase. Everytime I see them together , I think “Awwww!!!” They are so damn cute, and so likable, and each week, their dance isnt the best dance, but people love it to death, and they are just a big ball of “Awwwww!!!!” And they may win the whole show because of “Awww!”

These two are pretty darn good, VERY good actually. She is like a professional dancer most weeks. They did the Jive, and it was an Arcade theme. Bruno said: “Wreckless sassy attitude!” I swear, I dont know what meds he is on this week, but I wish someone would give me some. Carrie Ann said “You danced with soul tonight.” Their dances were clearly the best of the night, and their chemistry has gotten a lot closer over the weeks. Its sort of a sibling love I feel coming from them, one of respect and mutual admiration. And they are fun. They have fun together.

Love Meter Score: Because they are so darn cute and also sibling-like, I am giving them a score of “BRADY BUNCH!” vibe. They are like Cindy and Bobby Brady. So cute. So innocent. So Brady. The funny part is, Sasha is probably too young to even get the reference.

They did the Quickstep, and it was lovely. He is a great dancer, and I lovve his personality. She is a bit quirky and I love her accent, and they sort of are like two people whom you dont expect to work together, but do. They are a surprising delightful treat together. Len said something about “It was hard, then soft. Then big, then small.” Ummm, no comment. Julianne thought the dance was great, calling it “all improved. Well done.”

Love Meter Score: SCRAMBLED EGGS AND HOT SAUCE!!! You dont think it goes together, but it does!!! And its quite delicious, and strange!!! And delicious!!! I think they will be in the Finals.

SHOCKING ELIMINATION: It’s all about the Chemistry

So the bottom two couples after votes were Lindsay and David, and Sasha and Simone.

After getting two scores of Perfect Tens.

It was shocking. The judges looked mad as hell. The chemistry between the audience at home and Simone isnt as good as the love between the fans at home and David Ross of the Chicago Cubs. They just love that guy, even if he is only a mediocre dancer. Just goes to show, its that love connection and chemistry, from audience to celebrity, that counts. They love his personality. His humor. His humility. He might win. But in the meantime, Sasha was sent home one week before the Finale. And everyone was booing that choice.

Next week is the Finale, and the best part of the show, when each couple gets to do their “Freestyle” dance. Will Bruno start making some sense? Will the audience ever stop booing from this week’s elimination? Who will win the Mirror Ball Trophy and zero money? Stay tuned next week to find out ………

Dancing With the Stars: The Semi-Finals Love Meter Review!