Body Language Signs That Indicate Attraction and So Much More 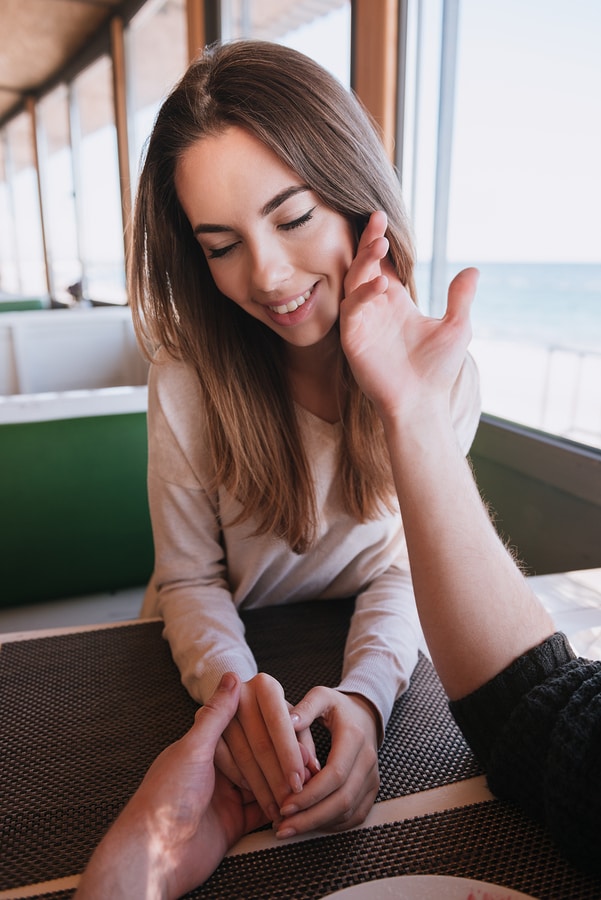 How to Know if Someone Likes You

It is often difficult to tell if someone likes you. Most people aren’t direct enough to come right out and say what they mean, so looking for other, less direct, cues can help. Body language often says just as much, if not more, than our verbal interactions, and a better understanding of body language can help you figure out what people think of you. The following article may help you tell if someone likes you before you’re in a relationship.

Many of these actions are gender neutral, but some would definitely be strange coming from a woman. Women tend to have other cues of signaling interest, in some ways more complicated and discrete than men, whether they realize this or not.

Remember, even if someone is interested in you, that doesn’t mean they are ready to move forward. If you like somebody, try encouraging their interactions and responding in kind. If you react in a neutral or indifferent way, your prospect is likely to think that you aren’t interested. If you like something someone does, remember you can reinforce it with a compliment. Communication is key to relationships, along with being honest and vulnerable.

A guy who likes you will be very aware of your presence, and you may notice him noticing you: glancing, smiling, trying not to stare. He may laugh at your jokes, pay close attention to what you say, and consciously or unconsciously mimic your movements.

1. He laughs when you laugh. One of the key things to look for is synchronicity. When two of you are amused at the same things, this is a major plus. Try not to force this, but laugh naturally. If he laughs at your jokes, that’s extra points.
2. He mirrors your movements. When you drink from a glass, he does also. If you cross your leg, he’ll have his leg crossed. If you both have your legs stretched out, you’re both wearing similar clothes, similar colors, or have the same posture — these are all good signs.
3. He smiles often when looking directly at you. Of course men smile, and they can be friendly. But if he has a certain extra smirk for you that he doesn’t for the rest of people, or if he particularly is giving you extra attention — then there’s something that’s positive happening.
4. You catch him with a “deer in the headlights” look at you. Once I decided to run outside with one of my friends in the rain because I was overwhelmed by a party. This was a totally insane feminine thing to do, but when crossing one of the windows I definitely saw a pair of eyes fascinated by this splurge of a moment, not to mention being covered in rain and stuck in your clothes doesn’t hurt.
5. Looks to you to see if you caught something strange in a group setting to see if you’ll laugh too. He wants to be on the same wavelength. Men desperately want to believe in ESP.
6. His eyebrows raise. Not dramatically, but enough to acknowledge that you are a special, keen woman.
7. He uses your name frequently because he likes it.
8. He may awkwardly compare you to women in his life whom he admires — like his mom.

Proximity: Getting Close to You

A guy who really likes you will want to spend time with you and be as close to you as he can without being too obvious about it. The easiest way to tell this is his physical proximity. Does he try to get a seat next to you at group hangouts? Does he constantly appear in places you frequent? These are all signs that he likes you.

1. He appears in places you frequent randomly, whether on purpose or not.
2. He stands near you in social scenes.
3. He actively prevents other guys from connecting with you. He’ll find ways to block them, so that he has your attention instead.
4. He uses his feet to communicate with you. He taps to music, he points to you, he touches you with his feet
5. If he is driving you in a car by himself, he’ll act particularly altogether to try to impress you. He may give off clues that he likes you considering (1) part of his brain is needed to concentrate on the road (2) the setting is more private and intimate. Consider if he is trying to be personal while he drives, or if you are but a shadow in the car that he never knew was even there.
6. He offers his jacket when it’s cold. Again, he wants to come off as a gentleman. I suggest keeping the jacket and giving it back another day so that you have some kind of form of connection with him for a later day.
7. He scoots closer to you.
8. When seated he gives you less space than usual if by you.
9. He leans into you when talking. This way he can hear you better and be closer to you.
10. He crouches inward to be cuter to you. Sometimes guys know that they are intimidating, so if they try to make themselves cute, than they’re trying to be more accessible to you.

1. He looks for excuses to hold your hand, whether palm reading, helping you off a ladder, being scared, high fives, handing you an object, etc.
2. He looks for ways to touch you in non-creepy ways, such as your shoulders and arms. He wants to break the physical barrier between you, and get you used to his sense of touch. He also wants to come off as gentlemanly. He may squeeze your shoulder during an emotional moment, or he may touch you when someone else is around who is flirting with you… because he wants you to remember him, not some other guy.
3. He really likes you if he randomly plays or touches your hair. Men like hair a lot more than you think, and it is a huge sign of affection if he goes for the fro. The longer his hands stay on your head caressing hair, more likely he has a thing for you.
4. He lays his head on your shoulder. He obviously feels comfortable enough with you.
5. If he lays his head in your lap, he feels even more comfortable with you.
6. He hugs you on sight.
7. He hugs you several times in a single day. If he can’t stop hugging you for every small deed, then he really wants to be close to you.
8. He guides you through a crowd by the small of your back.
9. Random high fives. He gives you lots and lots and lots of high fives… for everything.
10.He hugs you from behind. This is unusual, but probably means they are super excited to see you and can’t even wait for you to turn to look them in the face.
11. He gives you big bear hugs.
12. He picks you up and spins you.
13. He kisses your hand.
14. He kisses your forehead.
15. He grabs at your elbow.
16. He dances with you or next to you.
17. He wraps his arm around yours while walking.

We’re all familiar with the anxious, overwhelming feelings that can arise from having a crush on someone. If a guy is kind of flustered and odd around you, it may be because he likes you and doesn’t know how to deal with it.

1. He crashes into objects in the area out of nervousness.
2. He forgets where he is going out of nervousness. He may forget incredibly basic information about you too, because he is nervous.
3. He has a sudden amount of energy and wanders everywhere like a kid on sugar.
4. He adjusts his crotch area. This should be understood.
5. He plays with any rings on his fingers out of nervousness.
6. He plays with objects on the table out of nervousness. He needs to do something with himself because he is brooding with emotion.
7. He suddenly has the need to adjust one of his socks and pull it up. This is an old trick, but for whatever reason if you do something entirely endearing, this is a knee-jerk reaction by men that is telling of only one thing: I like her.
8. He grooms his hair when around you. Any kind of knee-jerk reaction to groom shows they want to look their best, whether for vanity or because you are in the room.
9. He stares at you for too long.
10. He smells of cologne.

If a guy really likes you, instead of acting nervous he may actually act extra confident and happy around you because you simply make him feel good. If he’s using lots of open body language, and it seems as though he can really relax in your presence, this is a sign that he feels comfortable and free when you’re around.

1. He has better posture because you gave him a surge of confidence.
2. His body language allows him to show his wrists meaning he is comfortable around you since this is a vulnerable place on humans.
3. He licks his lips, generally subconsciously.
4. His nostrils open. Essentially, the more open the body language, the better. This can manifest in the strangest of ways, such as the nostrils.
5. He stretches out his legs and body. If he can make more of himself prominent in a room, then you’re more likely to gander at him.
6. He stands taller. You make him feel confident, and women dig tall guys over just about anything else.
7. Puffs out chest. He is feeling confident, and he wants you to see him as a protector.
8. Has more open body language rather than crossing arms, legs, keeping his palms toward himself.
9. He sings random songs around you or whistles. He is happy and free.

Body Language Signs That Indicate Attraction and So Much More