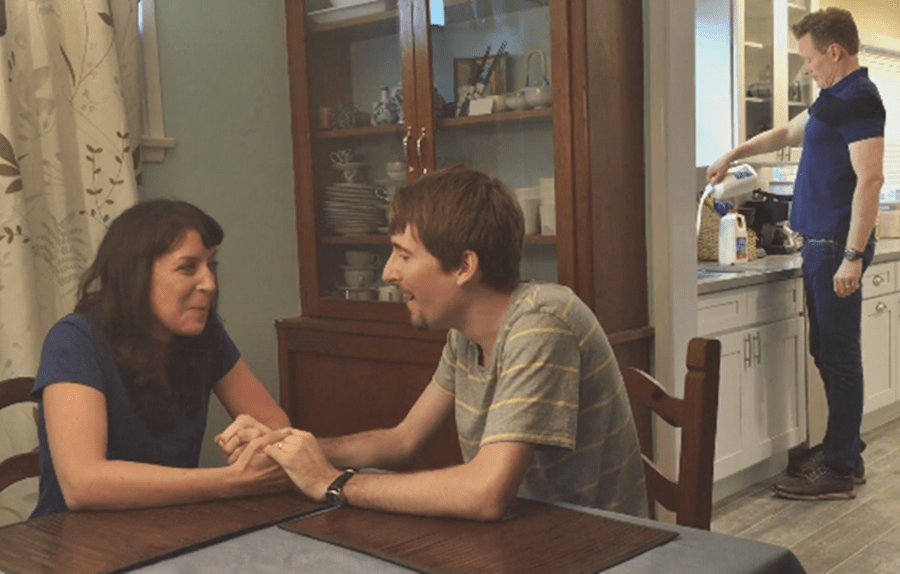 “I couldn’t believe it was you ‘cause it’s so unlike you!”

I guess that’s why they call it acting.

I’ve been performing since I could walk. Once I could talk, I was taking acting classes. I was always the goof and liked to do weird scenes where I could play an animal or a hunchback. My heroes were people like Jim Carey, the men of Monty Python, and by fifth grade, Conan O’Brien. Once I discovered that he had written for my favorite show of all times, The Simpsons, well, let’s just say the seemingly giant red headed goofball had my heart.

So when I was cast to be the expectant mother in a scene where Mr. O’Brien was to pour milk down the drain behind me, let’s just say I was elated. But I was also in for the biggest acting challenge of my life. From an attention whore of a performance artist to failed male comedians, I’ve played a lot of different roles in my life. But up until this point, I had never played someone quite so…”normal.”