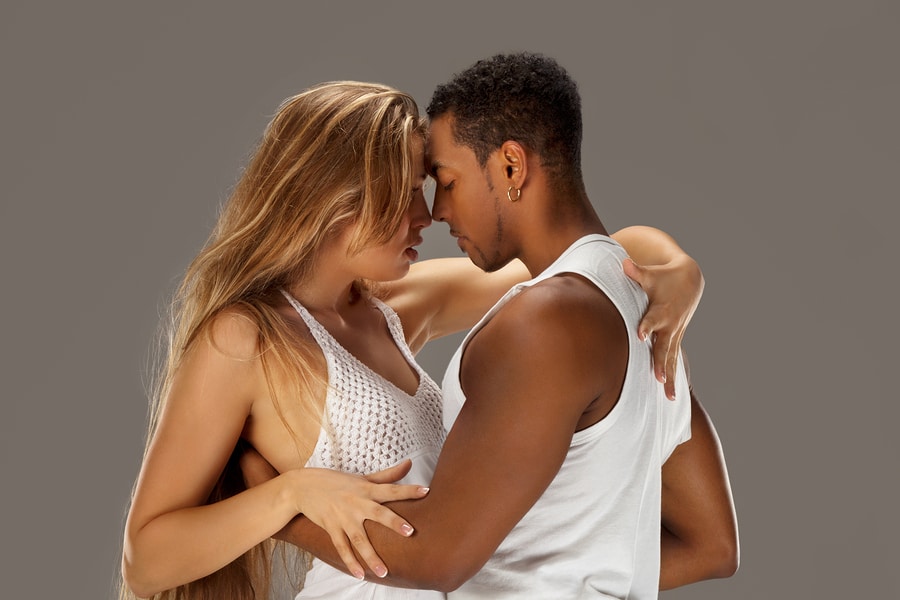 He’s looking for these traits and they have nothing to do with looks!

While a sultry dress and stilettos may make him look, what really gets him going might surprise you.

So you’ve spotted a guy who looks like he could be the man of your dreams across the room, and before you know it, he’s noticed you too. He walks over, gives you a cheesy (but cute) opening line, and now you’re talking to him.

You and I both know that you are all that, but right now he only knows that you look great. So what will make him realize that you really are the girl he’s been waiting his whole life for and make him want to retire his little black book for good? Here are 6 personality traits that will make just about any guy fall head over heels for you.

You’re not the type of woman that gets all dreamy eyed just because an attractive guy has decided to talk to you. You know that you’re the one doing the choosing. Of course, in any good relationship both partners have to choose each other, and for the right reasons, but what we’re talking about here are those first fledgling hours and subsequent dates.

The point here is not to pretend that you aren’t interested while your heart is actually fluttering and you’re secretly concerned that you’re starting to sweat; instead, consciously realize that you’re not sure if he’s all that either — after all, you just met him, how could you possibly know anything more about him than how he looks, walks and smiles?

That’s just not much to go on. So, approach the situation as exactly what it is — you think he’s superficially attractive, but he’s going to have to prove to you that he’s worth talking to, much less giving your number to. Look at this as a chance to find out if he really is a guy that you want to get to know better.

Men love this because they truly want to win you over; they’re biologically wired for the chase, so let him chase you. If you’re interested, and think he’s attractive, that will automatically show through your body language. You’ll be smiling, laughing at his jokes, your eyes will light up, and he’ll notice that.

But he’ll also notice that you’re clearly not desperate, because you know that you’re a great catch, and now it’s time for him to show you why he’d be a great catch. We’re not talking about playing games like intentionally acting uninterested or walking away from him after ten minutes.

Just be who you actually are — a woman who finds him attractive on the surface, but who needs to find out what’s underneath to be convinced that he’s the right guy for you. You know that it will take more than a few minutes (or even a few dates) for him to convince you of that.

2. You Know You’ve Really Got It Going On

You know you’re all that (and more), but not in an arrogant way. You’ve got that kind of quiet confidence that allows you to feel comfortable in almost any situation because you feel good about yourself and your capabilities.

When you’re confident your body language shows it in the way you make eye contact, the way you carry yourself, and your easy smile. Men can’t help but go gaga over a woman who’s just so sure of herself.

It’s not about looking sexy, it’s about feeling sexy. I’m not talking about that low cut dress and stiletto heels kind of sexy — I’m talking about the kind of sensual, self-assured, comfortable in your own skin (and oh what beautiful skin) kind of sexy. When you feel sexy, it will automatically show through your body language, the way you move, and the way you smile.

The best way to feel sexy? It’s not about what you’re wearing on the outside; wear your sexiest lingerie underneath your outfit, even if it’s jeans and a sweatshirt at a spring barbeque. Even though you know that nobody will see it but you at the end of the evening, by wearing your soft, sexy, silky lingerie you know in your mind that it would knock the socks off of the guy you’re talking to, and that shows through. When you feel sexy, you’ll be sexy.

You have your own life, and wow, it’s pretty good. Guys want to know that once the two of you start dating you won’t be looking for them to be your sole source of a social life and happiness in general. Nobody wants the clinger – the girl who has no social life of her own except for going out with her girlfriends looking for men. Guys know that this girl won’t be interested in doing that once she settles down, and are afraid that then she’ll want to do everything with him.

Most men highly value their alone time, and they need to know that they won’t lose all of it if they’re in a relationship with you. It’s as simple as mentioning a project that you’re working on (non-career related), talking about an interesting course that you’re taking for fun, or a weekend getaway you have planned with your girlfriends. By casually letting him know that you have other interests (you do, right?) and that you like to spend time and have plans with your friends, he’ll feel good knowing that you’ll be ok without him when he needs his alone time.

You want to find out more about this cute guy you just met, right? So you’re asking a few questions about him — where he grew up, how many siblings he has, any pets? Not to the point of it sounding like an interview, and certainly not questions that are inappropriately personal, but generally you’re showing him that you’re interested in getting to know him better (and you are, right?) This makes him realize that once you’re in a relationship together it won’t just be all about you.

People that are happy, exuberant, enthusiastic, and have a great attitude towards life are very attractive to other people. It’s like there’s a light that shines from your eyes and your smile, and surrounds you, bathing you in its translucent beauty.

It’s a of mix of confidence, physical and emotional health, self-esteem, and loving your life. Men can’t help but pick up on this energy and get drawn in by it. It may have been what brought him over to you in the first place, and he’ll be so intrigued by this vibrant gem that he’s found that he won’t be able to tear himself away.

This inner glow is not something you can fake, and I know it’s not always easy to feel when you’ve been dateless for a while and may be starting to feel down on yourself and your life. If you’re not feeling the glow right now, then it may be time to take a break from the search and work on improving your happiness, confidence levels, and self-esteem.

The best way to start feeling good about yourself and your life simply involves doing things that you love, being healthy (physically and emotionally), and getting some accomplishments under your belt, even if they’re relatively simple ones.

Try your hand at something new, something slightly intimidating, and keep at it until you’ve become relatively proficient. Accomplishing things that you were initially afraid to try can be an excellent confidence booster and add tremendously to your excitement and zeal for life.

The key to each of these really boils down to being your best, authentic self. If you can focus on being true to yourself, following your own interests without trying to be something different than what you are, then everything else will fall into place.

Once you stop trying to go against your own true nature you’ll discover your own sense of self, you’ll feel more confident and happy, you’ll be more excited about life, you’ll be more loving, and you’ll start to attract the same into your life. You’ll be nothing less than irresistible.