5 Myths That Are Holding Back Your Sex Life 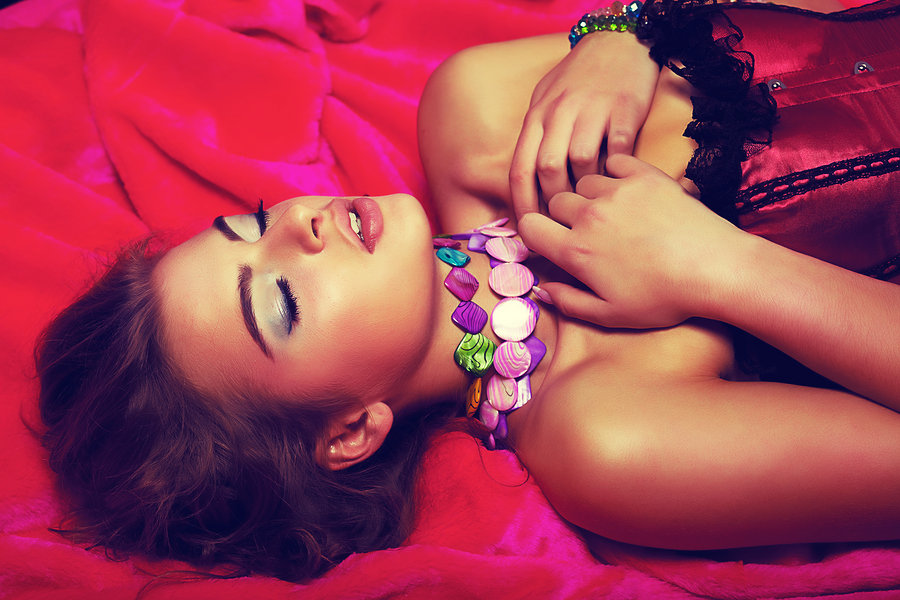 After reading through this list, you may be on your way to a better sex life.

Plenty of experienced guys think they know everything about sex, but do they really? Many accept stories about their friend’s sister’s cousin as fact without question. Stories have a way of growing more exaggerated over time, though, making it difficult to judge what’s truth and what’s a complete fabrication. Even a long list of partners is no way to guarantee knowledge.

We’re on a mission to put the truth back into getting it on, so we’re busting five myths you’ve probably heard a thousand times. Surprisingly, the facts offer a lot of good news. After reading through this list, you may be on your way to a better sex life.

Most guys have heard a few people say size doesn’t matter, though very few seem to believe it. When it comes right down to it, you’re probably a lot more concerned about the ampleness of your member than your partner is. A recent survey of more than 1,000 people from Cosmopolitan.com found 89% of respondents weren’t concerned with their partner’s penis size. And some evidence suggests it has more to do with proportion than actual size.

The real takeaway is you should know how to work with what you’ve been given. Relationship expert and author of The Seven Natural Laws of Love, Deborah Anapol, penned a piece in Psychology Today that indicated a smaller size can actually be an advantage. “A smaller penis is often easier to maneuver inside the vagina, and may motivate the man to explore a variety of ways to please his lover,” she said.

Most of us reach our peak physical fitness sometime in our 20s. This includes a combination of endurance, strength, and flexibility, all important building blocks for a successful romp in the sheets, right? Maybe not. Researchers from the University of Gothenburg found 62% of women and 71% of men over the age of 70 reported feeling very satisfied with their sex lives. Maybe even more important is the fact these percentages have substantially increased since the 1970s.

Some of this may be due to a stronger relationship. Melanie Davis, a certified sexual educator (CSE), told Men’s Health, “There’s less emphasis on quick orgasms and more focus on sensuality, creativity, and emotional connection.” Basically, it has a lot more to do with the person than the specific sensation.

Older individuals also tend to have a fewer sexual hangups. Many young people find it hard to speak up during intercourse, but if you don’t tell your partner what you want, it’s unlikely they’ll just figure it out. Dr. Carmella Sebastian, an expert in women’s wellness and sexuality, told WebMD she didn’t experience multiple orgasms until after she’d had two children. She attributed it to increased confidence that allowed her to start asking for what she really wanted in the bedroom.

3. Men care more about sex than women do

We’ve all heard it before: Men think about sex every seven seconds. No one has been able to verify this statistic, but it’s widely accepted as truth or at least as mostly true. The other supposed truth is that women fall far behind when it comes to thinking about a romp in the sheets. According to a 2011 study from Ohio State University, men think about sex 19 times per day while women average 10 per day. Still more research suggests women may actually have a greater craving for bedroom time than men. One recent survey found 53.2% of females want more sex in their relationships.

Keep in mind, it’s the individual that matters most. Some people naturally have higher sex drives than others, regardless of gender. One story from The Huffington Post featured 13 females who craved far more sexual intimacy than their partners.

Our notions of sex and how it should unfold are informed a little too much by pop culture. Things happen so effortlessly onscreen, but that’s only because 15 minutes of awkward conversation and fumbling doesn’t make for good TV. As AskMen pointed out, “the human body doesn’t come with an instruction manual.” Each person is different and just because one partner liked a particular move doesn’t mean your next one will. Honest communication is the best way to find your bedroom groove, and it may take a few times to get there.

There’s also no guarantee a great bedroom session will just happen. Rachel Hills, author of The Sex Myth, told New York Post spontaneity is more likely at the beginning of a relationship. Later on, it usually takes more of an effort. Scheduling time for sex might sound ridiculous, but it’s a good way to take the pressure off both you and your partner.

5. Monogamy only comes naturally to women

Men have unfairly been labeled as players, and once again, it’s probably been influenced by movies and TV shows. The Atlantic highlighted a 2013 book by journalist Daniel Bergner called What Do Women Want?, which suggested females may actually be less inclined to monogamy than males. More recently, a study published in Biology Letters found all people, rather than a specific gender, either tend towards monogamy or polygamy.

Once again, communication is key. You and your partner should both be honest about what it is you’re looking for. If one is seeking a spouse while the other just wants to have fun, you’re both in for a messy ending.

5 Myths That Are Holding Back Your Sex Life