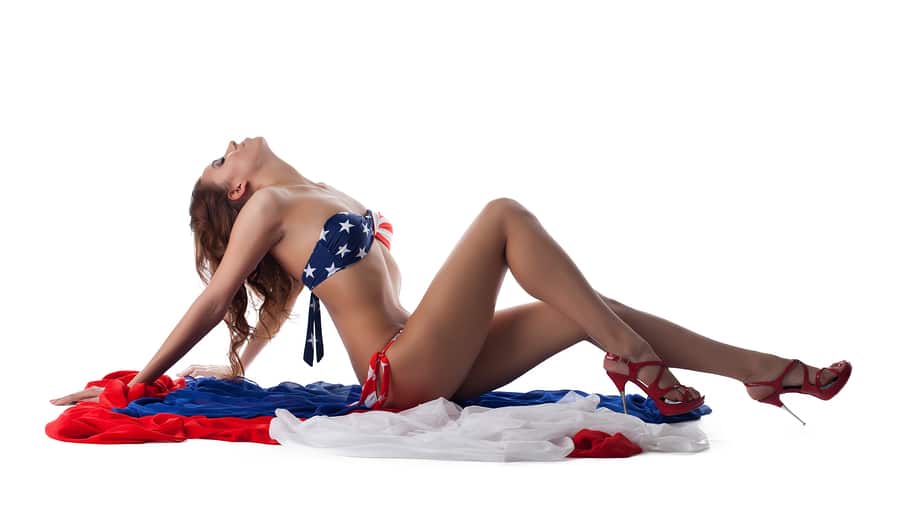 Make your own fireworks with these steamy fantasies!

Because a sex life filled with imagination is a better one.

Whether you’ve been together for two years or sixteen, you know how important passion is in your relationship. But did you know how key fantasies are in having a happy relationship? Being able to communicate your desires to your partner, keep things new and add imagination to sex will do wonders for you—both in the bedroom and outside.

But don’t let these preferences hold you back, there are tons of fantasies to try with your significant other. Shares your desires, experiment and discover out what works best for you both as a couple.

You may surprise yourself—and get closer to your partner in the process.

1. Boss & Employee Fantasy
Just a few months ago, we told you that 56 percent of women and 61 percent of men have sexual fantasies about getting it on with coworkers in their office. So why not dress up in your work attire, get behind the desk and re-create the hot new hookup scenario that’s been on your mind? The allure of having sex with a coworker, especially your boss has to do with power—gaining it.

2. Ravishment Fantasy
According to a study from UCLA, 64 percent of women fantasize about this passionate and forceful kind of love. Why? Researchers felt that by imagining the man telling her what to do, the woman is able to give herself “permission to do the raunchy, hot sex stuff she feels a little embarrassed about, but deep down really does want to try.”

Now does the Fifty Shades Of Grey frenzy make more sense to you? YourTango expert Tammy Nelson explains that being ravished makes sense on an anatomical level for women, too. “A woman has to physically let go in order to orgasm.”

3. Storybook Lover Fantasy
This fantasy is more based on love that can be found in romance novels than the kind that takes place in the Victorian era. See how one woman’s sex dream came true when she told her boyfriend about her Clark Kent fantasy.

4. Be An Exhibitionist
In his study of sexual fantasy, Who’s Been Sleeping in Your Head?, Brett Kahr found 19 percent of people fantasize about being watched during sex — and another 5 percent fantasize about taking it off in public. In for the risk? Put on a show. Get it on near the windows in your home or hotel room.

5. Be Voyeuristic
Does watching the show from the sidelines turn you on? Whether you’re spying on the neighbors or the couple getting it on at the beach, this fantasy is a common one. One easy way to make it happen? Go to nude beach or a sex show with your partner.

7. The Stranger Fantasy
Sharing a fantasy for the very first time? Here’s an easy one both men and women enjoy. There’s something sexy and mysterious about anonymity. In fact, the LELO Global Sex Survey discovered that having sex with a stranger is on the rise this year. Easy way to get in on the trend? Turn yourselves into strangers. For as long as you’ve known your partner, pretend you don’t. Different clothes, new hairstyles, different personalities, different names. Start by meeting at the bar and then take your new friend home — keep in character the entire time.