Why Young Hollywood is Getting Engaged and Married Super Early…Should You? 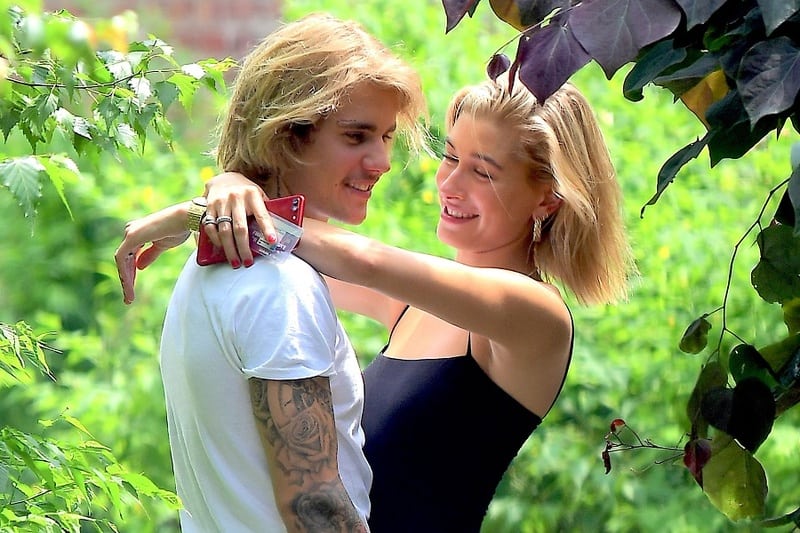 You’ve seen the headlines—Pete and Ariana, Justin and Haley—young Hollywood seem to be getting engaged and married earlier than ever.

As someone who is most likely going to marry later in life, I was intrigued by the trend of young Hollywood starting to engage and marry young. It worked decades ago, will it work now? Here is an examination of young Hollywood and everything you’ll want to know about marrying young.

Here is an examination of young Hollywood and everything you’ll want to know about marrying young.

The Saturday Night Live star, 24, and singer had a quick courtship and within weeks were engaged. Davidson told Variety that he never planned to get married. He also never thought he’d meet anyone like Grande, calling her the “coolest, hottest, nicest person” he’s ever met. Davidson constantly gushes about how lucky he is to be engaged to Grande (most recently he appeared on the season premiere of SNL talking about it).

Grande, 25, has seemed just as equally smitten with Davidson. She named a song after him on her newest album Sweetener. She also admitted on an episode of The Tonight Show with Jimmy Fallon that she had a big crush on Davidson from the time she first met him while hosting SNL. She even joked to a manager that she would “marry him” one day. 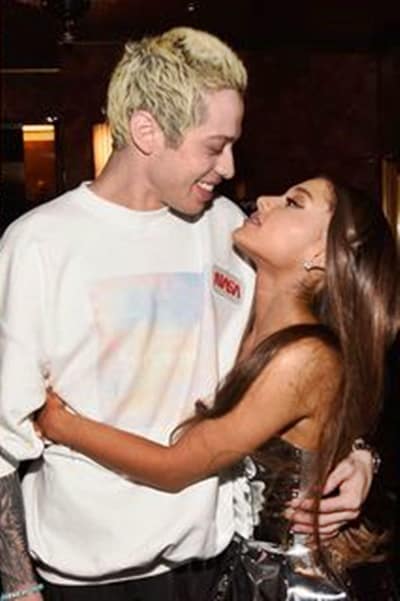 The “Baby” singer, 24, and Baldwin, a model, married in mid September 2018 after almost a decade of being on-again, off-again. The two first met back in 2009 at The Today Show and were introduced by Baldwin’s dad Stephen. Baldwin, 24, and Bieber stayed in touch and by 2014, the two were denying that they were dating.

By January 2016, the two became “Insta” official. Throughout the next few years, Bieber and Baldwin went quiet, around the time he reignited his relationship with Selena Gomez. Finally, in May 2018 they became friendly again and four months later, they wed.

While Joe was 28 when he asked Turner to marry him. Turner, however, was just 21. The two became “official” in January 2017 when Turner Instagrammed a photo of Jonas holding a cigar on a boat in Miami.

Joe’s brother Nick, 26, took the opposite route and asked the 10-years-his-senior actress Priyanka Chopra. Despite having four years left until he hits 30, Nick is known in his age group as mature.

Why might they be getting engaged and married young?

Think of it this way—many of us wait nowadays to marry in order to establish ourselves in our careers and earn money. Celebrities like Justin Bieber and the Jonas brothers may be engaged and married because they’ve found their success already at such a young age. They managed to make millions before even being eligible to vote or drive.

This article from E News said it best: famous people in their early 20s sort of grow up in reverse. While they were busy earning money we were teenagers with our first cell phones, watching the beginnings of reality TV.

If you’re worried about whether or not you’re settling down later in life, don’t fret. These celebrities never had their teenage years like we did. They grew up in the spotlight where every little move they made was scrutinized. We were allowed to mess up, date and become our own people with a sense of anonymity.

In fact, we are all actually in the majority. According to a Pew Research Center study, the median age of a first marriage in the country has risen to 27 and 29 for women and men. Four decades ago the ages were 20 and 23, respectively.

For celebs who crave traditionality, getting engaged and married may be one of the few “normal” things they do in their lives.

Is marrying young right for you?

If your significant other and you are young and thinking about getting married, it’s important to think about a few things before you take the plunge. To give you a bit of hope, a research study by the National Institutes of Health said that the ages of 22 to 25 is the alleged sweet spot to get married (so perhaps there’s hope for young Hollywood!).

Wanting kids is another reason for marrying young. Just think, you’re younger and most likely healthier and more energetic, making it easier to run after little ones.

While marrying young is often a controversial topic, it’s crucial to think not only about age when you decide to get engaged. Your partner should share similar values as you, be able to tell you everything and vice versa, respect you and make you strive to be the best version of yourself. After all, age really is just a number, right?

Why Young Hollywood is Getting Engaged and Married Super Early…Should You?