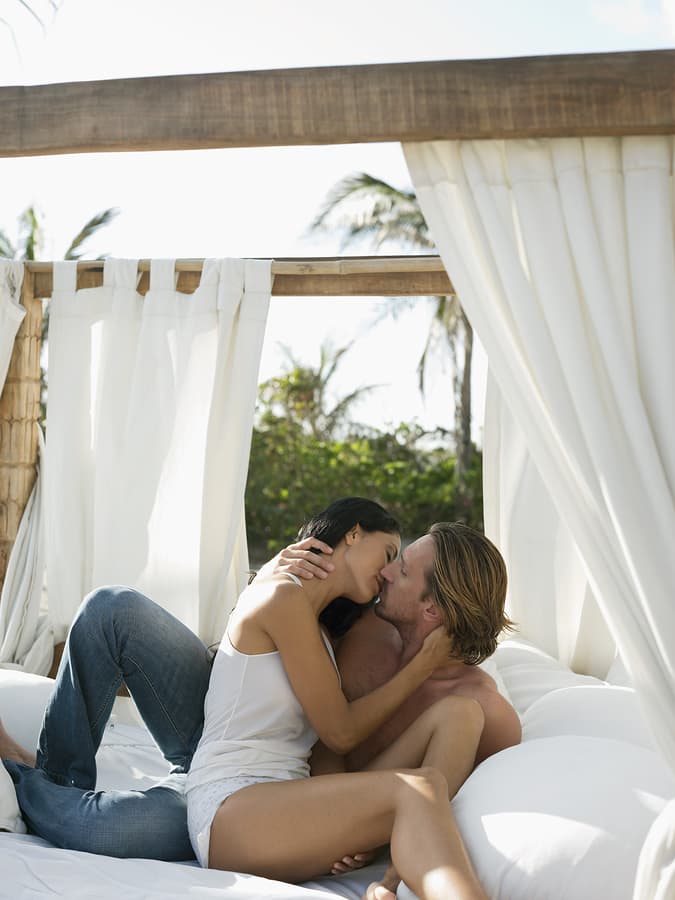 Who knew you had this ideal sex spot in your home all along? May we recommend the standing doggie style? Bend over a few steps up from him so your parts are aligned and he can enter you without having to crouch. You can also have him recline on a step while you straddle him with your back to his chest. Use the step below for leverage so you can stay steady while thrusting. You can also have him reach around for a little extra stimulation. The two of you will never look at stairs the same way again.

At a Friend’s Place

One WH reader told us that the hottest place she’s had sex was at her friend’s apartment. Why? Because the walls were super thin and she and her boyfriend had to be “nearly silent.” She said that being really, really quiet “made everything feel so much more urgent and hot.” We couldn’t agree more.

Whether it’s a wedding, a sporting event, or a big barbeque, there’s something about connecting during a public event that’s super hot, says Morse. During an outing that has enough people to let you sneak off unnoticed, find a bathroom or closet farthest away from the crowd, to lower your chances of getting caught. “After that 15 minutes together, you go back to the party with a secret that no one knows about except the two of you,” says Morse.

In Front of a Mirror

Consider this the easiest sex tweak ever. One reader told WH that doing it doggy style in front of a mirror was a huge turn on for her because she could see how into it she and her partner were.