Was it Sexual Healing? 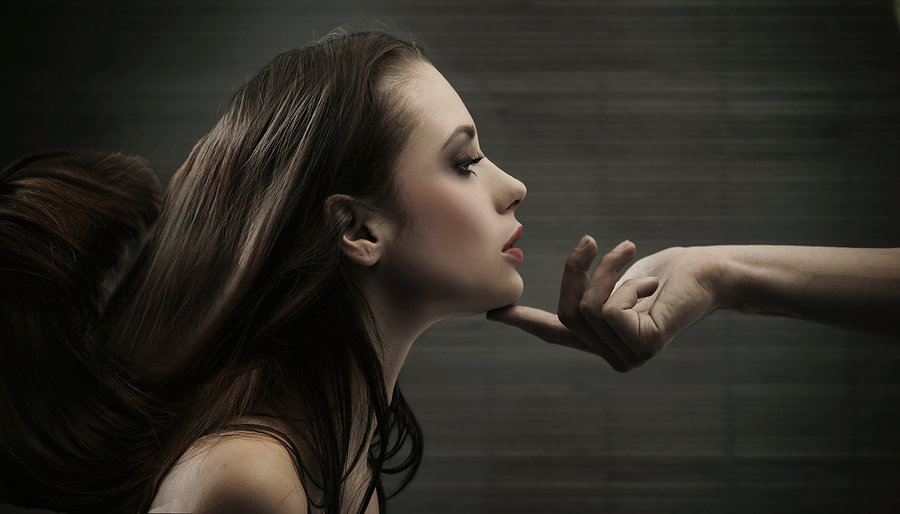 Closing in on my first year living overseas, I had taken the opportunity to check out the countryside as part of an exchange. The program allowed young internationals looking to extend our working holiday another year in Australia by doing farm work.

As you might imagine, while scenic and beautiful, it was not a juggernaut of cool fun and excitement. The farmers treated us mostly like trained animals they didn’t like much. To pass time, I began listening to a podcast on how to understand and let go of your ego and live in the present moment. Fully aware of the irony, I would use these talks to set my mind free of the boring and painful work strewn across the breathtaking landscape. In short, I wore thai fisherman’s pants, got into the best shape of my life, stunk of minty muscle cream and each day rinsed away the sweat, mud and degradation for six minutes (due to the water restrictions imposed by a drought) of heavenly shower time.

During a slow patch of work, I found a flyer in a shop near my hostel. It was advertising a weekend retreat with a name like TOGETHERNESS that claimed to celebrate the masculine and feminine in us all. It was three days of seminars, yoga and dancing around bonfires on a lake and it was right near where I was staying. Perfect.

At 23, I was promptly crowned “the youngest woman,” and was accordingly coaxed to dance around bonfire number one during the opening ceremony along with the youngest man, a 21 year old who was the son of the retreat’s creator, and whose hubris was through the roof.

While ordinarily I would have had my red flags firing on all cylinders, indicating that this was an express train to dreadlocked armpit hair and the Law of Attraction; I felt safe enough to roll with some gentle brainwashing. Perhaps what has gotten me into the most trouble in my life so far, has been encountering an absurd situation and leaning into it out of sheer bewilderment of it’s very existence, coupled with an adolescent sort of curiosity.

The intense introspection of a few months of fieldwork combined with being in my early twenties left me feeling very open to the world. I wasn’t one hundred percent sure what was going on, but I felt utterly blissful the more I surrendered to the experience.

One of the workshops the retreat had offered was something called a “Cuddle Party.” Curious and encouraged by the glowing feedback of the woman next to me examining the daily schedule, I hiked up my fisherman’s pants and shuffled off my birkenstocks into the “puddle” made of pillows.

A burly and round man in his late 30s identifying himself as a “Sexual Healer” explained the exercise where we weren’t allowed to touch one another, unless there was an explicit “Yes.” Our directive was to talk to each other and ask permission to touch each other in various areas that might lead to cuddling, but we were told could not lead to anything sexual unless we wanted to “take it elsewhere”. If we felt like responding with even so much as a “maybe,” we were instructed to default to “No.”

Later that evening, the sexual healer approached me and we started talking. It’s a bit of a blur of patchouli and moonlight, but he proceeded to charm me into his tent like a snake in a basket, and I spent the remainder of the retreat enchanted under his spell. Rather than return to harsh life of cold bunk beds and mean farmers, I enveloped myself in the afterglow of the retreat and floated into the nearest city where most of my new friends, and the Aussie Marvin Gaye incarnate lived.

The first few days were spent in a whirlwind of new thoughts and ideas. He showed me videos about his therapy and how he helped women with chronic pain in their vulvas (known as Vulvodynia, or a depressed vagina, as a friend who had struggled with the affliction would describe it), shared books on open relationships and often casually remarked on how he’d like to one day have a harem.

I absorbed as much information as I could on how his practice helped women and couples. It seemed that I was meeting a lot of young ingenues and very friendly sex workers; a phrase, I was told, which extended from writing erotica for a living to working in a brothel or, providing what I learned was called “full release” massage in your high rise condo to exclusive clientele; and everything in between.

Some of the women who floated in and out of the home were sweet and open. I remember one of my new sex working friends inviting me to her home, showing me her “massage” space, eating a lot of prunes and ordering pizza. She got very sick (probably from the prunes, she ate about 50 of them), and I somehow awoke next to her with her freaking out over seeing my eyes without glasses. She wanted to go and get colonics together. Those plans somehow never materialized.

One of the other women, a young mother of two, stared daggers at me. I later pieced together that she was sort of the Matriarch and it seemed I had unwittingly moved in on her turf. I could never figure out what I had done to upset her, but she had a way of introducing me to the concept of passive aggression in a way I had never experienced.

Marvin (as I’ll refer to him for the remainder of this story) continued my education in his work by showing me a movie about a married couple whose relationship was marred by her inability to climax after experiencing a traumatic sexual event in her past. The sexual healer in the movie “treated” the wife by having sex with her and helping her find her orgasm. The healer saved their marriage and this was the apparent impetus for Marvin’s work. Though Marvin claimed to never have sexual intercourse with his clients, he would “massage” them and provide counsel. He also introduced me to a duo who deftly circumvented anti-prostitution laws in America by dividing the labour and having one woman massage the vulva (or, yoni, as Marvin insisted on referring to it) with instruments (rather than hands or body parts), and the other knelt by her head and talked her through the experience. It was fascinating and confusing. He introduced me to his library of books on open relationships and showed me his “Treatment” room, which was essentially a living/dining room with a massage table and throw pillows. Marvin felt strongly that this area and his bedroom remain separate and expressed that he strived to keep the two sides of his life from blending. He talked to me about the importance of clear communication in all relationships, especially open ones. He created a book comparing photos of yonis next to corresponding flowers. I cautiously ate it up with a spoon and waited for more.

Early on, Marvin tied me up with some very sexy satin ropes, and skilfully continued with his seduction. I sought to understand his work while enraptured with the idea of being a muse. After the first few days, however, I noticed we were spending a lot of time cuddling and walking around naked like we were in a nature documentary; but, strangely, having sex together ground to a startling halt without any real explanation. He would insist that he just wasn’t feeling very sexual. Not one to take a hint, I stuck around.

One evening, while Marvin was conducting a women’s talking circle that I did not qualify for, I had an accident. Not one to interrupt the sanctity of the circle, the loud “BOUUFFFF” sound of an exploding natural heating pad in his kitchen went ignored, until one of the women insisted he check on me. He promptly hid me in his room with an ice pack and returned to the circle.

On the advice of a nurse’s hotline, I took myself and my 56 new blisters to the ER. I made some new friends, cracked some jokes, and relaxed until the shock wore off. Eventually, once his talking circle was finished, Marvin came to collect me. Wrapped in bandages and high on morphine, I suggested we lighten the mood and go out for ice cream. Marvin quietly escorted me to a convenience store, where he waited as I picked up my own pint. Either I wasn’t very good at setting location notes and ambiance preferences for post-traumatic cheer-me-up dates, or it was starting to appear that my position on his pedestal was now really coming apart at the screws. It was not long (but not before falling asleep waiting on his front lawn, while he presumably hooked up with the Matriarch across town) before I packed up my fisherman’s pants and headed south.

My memory paints this story as one of an older man manipulating an impressionable (and possibly clueless) young woman during a vulnerable time in her life, then casting her aside. Someone so eager to help what seemed to be every other woman and encourage open communication and free sexuality, drew me in, adored me and then, when he wasn’t proselytising, swiftly ignored me. It felt like a classic bait and switch. The ole “C’mere, Go Aways” as my best friend used to call it. The more I reached out to understand everything and figure out what I was missing, the more deeply he would withdraw, and his attention and his affection would wane. It took more time than I’m proud of to figure out I had played my part and then hung around a little too long after the curtain call.

Today, I am in a healthy and calm long term relationship. I am kinder to myself, I have learned about this weird concept called “boundaries.” I threw away my fisherman’s pants. I got a tattoo on my arm to cover the physical scars and I saw a counsellor to try and run interference on the emotional ones. It took me years to wrap my head fully around my experience, my true errors in judgement, rather than perceived flaws in my character, as well as my actual flaws in character and how to deal with them. I’m no longer bitter, confused or resentful (most of the time), but I am weary of protecting my emotional soft spots, and immediately suspicious of older men offering cuddles and lectures on female empowerment.

And I will never listen to a Marvin Gaye album with a straight face again.

Was it Sexual Healing?