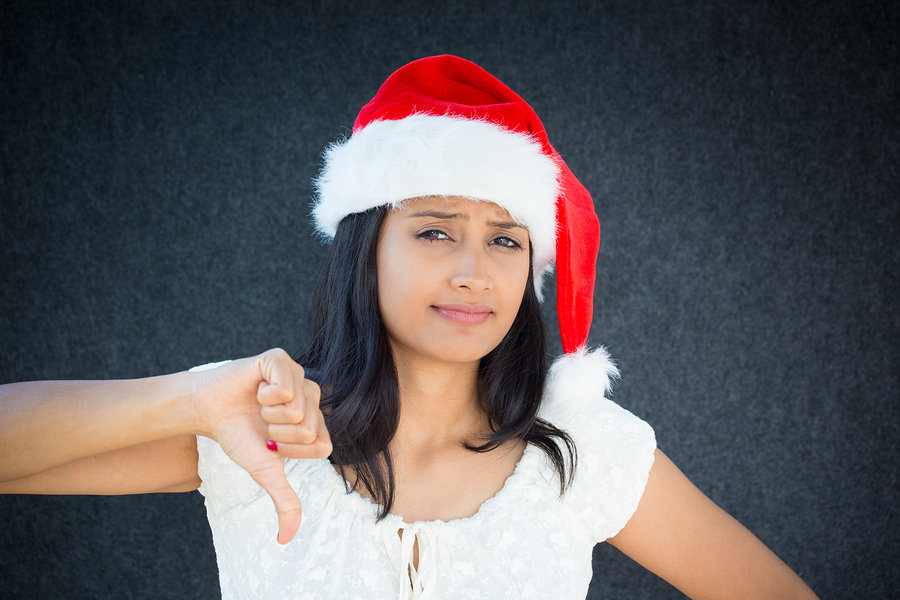 You Might Not Enjoy Hearing It, But Here’s What Turns Women Off

Women are used to being told what men find attractive, and also what makes their skin crawl. Every second article in most women’s magazines is a list of things to avoid wearing or doing because men don’t find it arousing, repeated so often that most of us can list them off from memory: Don’t wear red lipstick, hats or wedges; don’t be a starfish in the bedroom who never initiates sex; and don’t nag or be too clingy.

Rarely is the reverse true. Sure, there is the occasional article about what women want and what we hate, but it isn’t hammered into men to the same degree, and women are starting to notice the disparity:

So in the interests of fairness, and for the sake of helping men who date women get an idea about where they might be going wrong, I put the question to my Twitter followers, and –– lo and behold! — women began spilling their biggest turnoffs with abandon. Here are the top 20:

1. You Have Long, Dirty Or Unkempt Fingernails

This one comes up so often it’s worth keeping at the front of your mind: Dirty or uncared-for nails are an instant, stomach-turning turn-off for large swaths of women, especially if you’re trying to put those nails near our bodies. Take care of your hands!

2. You’re Rude To Waiters Or Other Service Workers

Rudeness is a turn-off, for both genders, period. It can, however, take a while for people’s true colors to start peeping through, and so women are paying close attention to how you treat people who serve you for clues about how you might treat us further down the line.

3. You Have Bad Shoes

What counts as a bad shoe is clearly subjective, but one thing’s for sure: women are looking at your shoes. If you’ve put effort into the rest of your outfit but none into those things that cover your feet, your prospective love interests are likely to be marking you down.

4. You Tune Out While She’s Speaking

It’s the ultimate sign of disrespect if you can’t be bothered listening to a person when they’re speaking. It’s doubly insulting to get that treatment from a man you’re dating; someone who’s presumably meant to support and care about you. Mark my words, fellas: Men who don’t listen don’t last long.

5. You Don’t Use Deodorant

This is a personal hygiene matter that women take issue with on a mass scale. It shouldn’t come as a big surprise, but if you are reeking of B.O., women won’t exactly flock to you. Deodorant is a must.

Whether it’s ignoring our pleasure in the bedroom or turning a blind eye our needs outside of it, selfish men are, without exception, incredibly unappealing to women.

7. You’re Hard To Read During Sex

This is basically the male equivalent of a women who’s a starfish in the bedroom. It’s hard to know if you’re pleasing someone in bed if they give you no visual or verbal feedback, and women consistently report this as a bedroom-based turn-off. Please, guys, show us a little appreciation — or if things aren’t working out, at least tell us where we’re going wrong!

We get that this one’s meant to be a compliment, but dude, what the hell?! All this sounds like to us is, “I have a low opinion of women in general, but I’ve decided that you’re a special snowflake. Please enjoy this high praise.” It’s not a compliment to be told we’re not like other girls, because there’s nothing wrong with being a girl, and — surprise! — the vast majority of girls actually like each other.

9. You Constantly Interrupt Her

C’mon, my guy: Can we at least finish our line of thought before you steamroll over us?

This is a popular peeve: We’re human women, not antelopes, and “female” is an adjective, not a noun. It’s a really simple fix –- just call us “women.”

11. You Tell Her To “Lighten Up” When Your Friends Say Bigoted Things

This one comes up aplenty, and the casual use of slurs against people of color, women or LGBTQ people ranks as equally unimpressive. If you’re behaving like a bigot then we don’t need to lighten up; in fact, it’s a hint that you and your friends need to grow up and exercise some restraint.Bonus turnoff points: You don’t call out your friends for their misogyny when they demonstrate it, but try to placate us behind the scenes. Nice try!