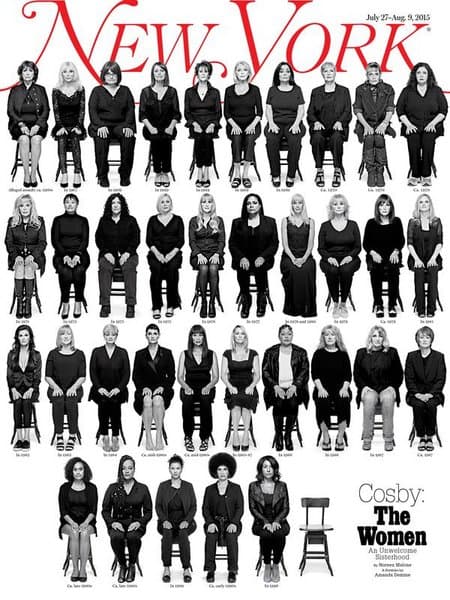 Sexual assault happens to many people who don’t speak out. These shocking facts are visualized below  to highlight topics we often don’t speak widely about.

In the wake of the Bill Cosby scandal, New York Magazine has created what may now be considered one of the most powerful magazine covers of all time. As noted in the article, the stories of rape have stirred serious discussion, thanks in large part to social media.

But at the center of this scandal is a simple truth: There are millions of victims of sexual assault worldwide, but social stigma, among other factors, prevents many victims from speaking out and seeking help. A closer look at the numbers surrounding these crimes reveals even more disturbing trends. (And that’s not accounting for the fact that most rapes go unreported.)

To shed light on this subject, the Rape, Abuse & Incest National Network (Rainn.org), America’s largest anti-sexual violence organization, has compiled numbers from the FBI, Bureau of Statistics, and U.S. Department of Justice to give us a clearer picture of what is happening in the U.S. From the sheer volume of rapes, to convictions, to demographic breakdowns, these are the powerful statistics you need to know.

To learn more about victim demographics, offender demographics, state laws, reporting, and what you can do to prevent sexual assault, visit Rainn.org.