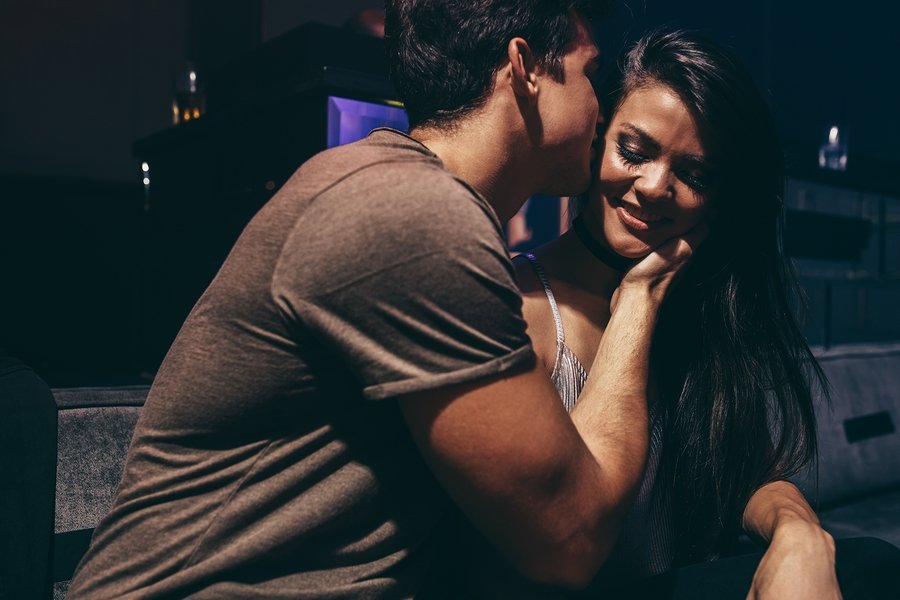 Mark had established a bit of a reputation for himself within the small window of time that he was employed at this restaurant as quite the Lothario because of the fact that he was blessed with what was rumored to be a huge penis.

When I was in my early 20’s I spent a summer waitressing at this sweet, kitschy restaurant in the Bay Area when out of nowhere the guy I had been dating, who I was utterly obsessed with, dumped me. I was crushed! Like, “broken, crying in a Target dressing room, writing shitty sad songs on my guitar that I could barely play, watching back-to-back Ally McBeal episodes to cope” crushed. A bartender, who we’ll call Mark, had been working there for a couple of months, and even though I wasn’t attracted to him, I liked the attention he gave me was, for all intents and purposes, totally harmless. Mark had established quite the reputation for himself within the small window of time that he was employed at this restaurant as quite the Lothario because of the fact that he was blessed with what was rumored to be a huge penis. One of the women who was supposedly impressed with it described it as “a baby’s arm holding an apple” and another called it the “anaconda”. My best gay friend who worked with me would constantly ask questions about said “huge” penis after it was revealed that one of our co-workers would have a run-in with it. He loved hearing all the dirty details about this guys wang. I would laugh and gasp and feign being all into it as they would describe every curve and angle of this man’s anatomy, but really it sort of grossed me out! Why would I want something described as an infant’s appendage grasping a piece of fruit anywhere near my vag? Ew!

As the end of my shift rolled around one eve a couple of weeks after me getting dumped I was glumly cashing out my checks for the night at the kitschy bar of the kitschy restaurant. Mark made me a drink and asked what was going on. I told him how I was heartbroken and just destroyed about it. I confessed that I thought I was in love with this guy, and when I learned that he was seeing someone else the entire time we were dating I was so humiliated! Mark listened intently to my sob story, nodding at the appropriate times while refilling my glass when it got half empty.

About an hour and a half and two thirds into my third drink later, he gently tucked my hair behind my ear and said, “You know, I have a great way to get you over that guy.” He smiled and suddenly looked very cute to me. I laughed awkwardly and told him I didn’t want to mess up our friendship. He agreed, but said he was always available to me if I ever wanted to “have the best night of my life.”

“It’s the only sure fire way to move on, in my opinion. I’ll rock your world, I promise.”

I excused myself to the bathroom and stood at the sink, staring at my reflection in the mirror. I had never really done anything like that before, just slept with a guy to make myself feel better. But…maybe he was right? Surely a guy who’s confident like that must be great in bed! Maybe this guy’s legendary dick would be just the elixir to cure my blues! Maybe I was about to have the best freakin’ night of my life and my world rocked! So I marched out to the bar, grabbed my bag and told him I would follow him home.

45 minutes later I’m at Mark’s apartment and we’re making out in his kitchen. We had a little trouble getting on the same page in terms of the kissing, but I figured I was a little tipsy, and he could be too, so maybe that was it. Then he takes my hand and leads me into his bedroom, which had posters of girls with huge hair in ripped half tops with the bottom of their nipples hanging out, like he was 15. “Well”, I thought, “he clearly likes girls, so that’s good!” We start getting undressed and I noticed that he ripped his clothes off with such enthusiasm that he reminded me of a little kid tearing into a Christmas gift. He turns around to face me and I see it. The “Baby’s arm holding an apple”. The “Anaconda”. This “huge” penis. And it’s pointed right at me. Watching me. I felt like if I tried to move around the room it would follow me, like the Mona Lisa.

We get into bed and he immediately mounts me without any warning or foreplay. Just in a, “Hello, welcome to my body weight pressing the breath out of you because women think being crushed is super hot!” type of way. His face was right on my face smashed together, which felt way too intimate for the moment, and now that I think of it is probably way too intimate for any moment ever. He asks me if I’m “good and ready”, to which I reply with a “yup” that I wheezed out because I couldn’t breathe due to his man body carelessly draped across mine, and a thumbs up, always an appropriate way to start sex when you’re getting ready to have the” best night of your life!”

Then it “started” And by that I mean a solid 20 minutes of him grunting and sweating on me while his giant penis went from an “Anaconda” to one of those balloon dudes who alert people to a sale or a new car wash after they had been deflated and were just weirdly flopping around with the wind. He kept slapping it on my thigh, squeezing his eyes shut and whispering, “Come on, man!” to whom I can only assume was his penis.

At one point he abruptly stood up and went over to the corner of his bedroom, like a scene out of The Blair Witch Project, where he got really quiet. I figured he trying to reason with it, talk it out like bros. When he returned to his bed, which didn’t have a fitted sheet by the way, there was a glimmer of hope in his eye, so I assumed they had worked out their differences and were ready to proceed as scheduled. Unfortunately it appeared that the penis and the man were on two different pages completely that evening.

Eventually I told him I had to go. “Early morning.” I said, like I was a regretful fella dressed in a cheap suit in an 80’s movie who just cheated on his wife with his best friends fiancé, “Gotta get my beauty sleep.” I got up and started to get dressed as fast as I could. I didn’t feel the need to hang out and make it even more uncomfortable than it was. He just lay in his bed on his side with his head propped up in his hand, nodding and telling me he “had to get up early too, so it was probably a good move to hit the sack.” I pulled on my shoes and waved goodbye and I exited his place so quickly I practically left a cartoon puff of smoke in my wake. I walked to my car noting to myself that in the future I should ask what one’s definition of rocking a world is, because I probably would’ve taken a rain check in this case.

The next day as I rolled silverware Mark noticed me and sat down at the booth. He casually mentioned that he had a “good time” the night before, but this time when he smiled he had reverted back to the version of himself that I didn’t find attractive at all. He asked me if I’d like to come by for “a little round two action”, which I politely declined. He told me that if I ever needed him again, I knew his number. “Oh, I got your number alright, stud.” I said under my breath as he walked away.

He walked back to the bar where he immediately started putting the moves on a woman sitting there alone,  and I realized that for the first time in a while I wasn’t bummed about the guy who dumped me. And while he certainly didn’t rock my world, or give me the best night of my life, I realized in that moment that I appreciated him and his baby’s arm for taking my mind off things and giving me a pretty decent bad sex story to write about many years later.

Amy Albert - Amy Albert is a comedian writer lady person. She is a sketch comic who lives in Los Angeles with her husband, dog baby, Dave and human baby, Bo. Amy is a member of sketch team The Mutiny who was the recent recipients of the Del Close Awards for Best Scripted Show and performed at the Comedy Central Stages. Amy wrote a web series called “Assistance” about being a Hollywood assistant to an actress that was a 2015 LA Webfest award winner for Outstanding Writing in a Comedy, Ensemble in a Comedy and Outstanding Comedy Series. Amy has also written and starred in a one person musical character show called Delilah Dix-America’s Showgirl, which toured all over the US and UK in venues like the Edinburgh Fringe Festival, Women in Comedy Festival, Los Angeles Comedy Festival and Ars Nova in New York where she was once referred to as a “really talented broad”. It was at that moment she discovered her love for the word “broad”. Visit her website at www.laughatamy.com