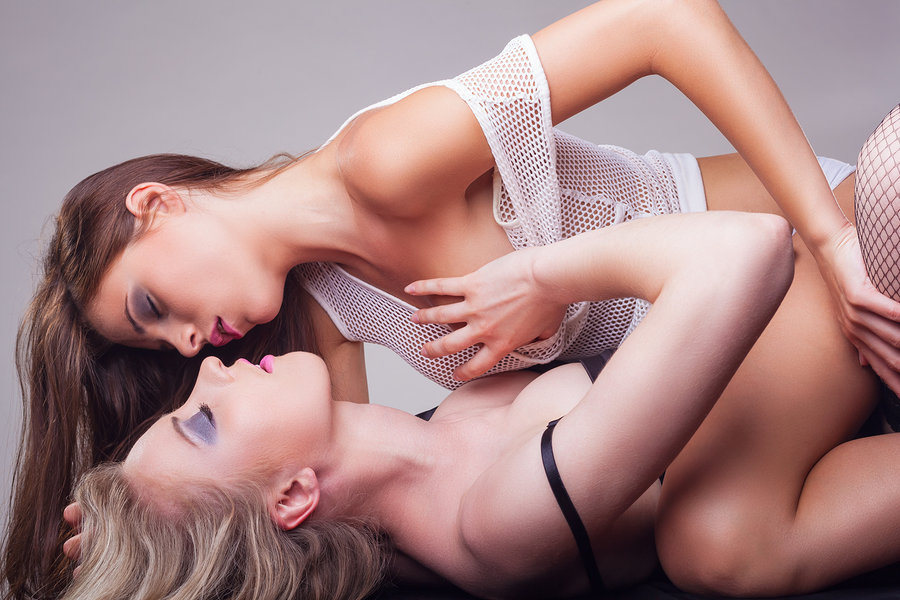 Because a sex life filled with imagination is a better one.

Whether you’ve been together for two years or sixteen, you know how important passion is in your relationship. But did you know how key fantasies are in having a happy relationship? Being able to communicate your desires to your partner, keep things new and add imagination to sex will do wonders for you—both in the bedroom and outside.

But don’t let these preferences hold you back, there are tons of fantasies to try with your significant other. Shares your desires, experiment and discover out what works best for you both as a couple.

You may surprise yourself—and get closer to your partner in the process.

1. Boss & Employee Fantasy
Just a few months ago, we told you that 56 percent of women and 61 percent of men have sexual fantasies about getting it on with coworkers in their office. So why not dress up in your work attire, get behind the desk and re-create the hot new hookup scenario that’s been on your mind? The allure of having sex with a coworker, especially your boss has to do with power—gaining it.

2. Ravishment Fantasy
According to a study from UCLA, 64 percent of women fantasize about this passionate and forceful kind of love. Why? Researchers felt that by imagining the man telling her what to do, the woman is able to give herself “permission to do the raunchy, hot sex stuff she feels a little embarrassed about, but deep down really does want to try.”

Now does the Fifty Shades Of Grey frenzy make more sense to you? YourTango expert Tammy Nelson explains that being ravished makes sense on an anatomical level for women, too. “A woman has to physically let go in order to orgasm.”

3. Storybook Lover Fantasy
This fantasy is more based on love that can be found in romance novels than the kind that takes place in the Victorian era. See how one woman’s sex dream came true when she told her boyfriend about her Clark Kent fantasy.

4. Be An Exhibitionist
In his study of sexual fantasy, Who’s Been Sleeping in Your Head?, Brett Kahr found 19 percent of people fantasize about being watched during sex — and another 5 percent fantasize about taking it off in public. In for the risk? Put on a show. Get it on near the windows in your home or hotel room.

5. Be Voyeuristic
Does watching the show from the sidelines turn you on? Whether you’re spying on the neighbors or the couple getting it on at the beach, this fantasy is a common one. One easy way to make it happen? Go to nude beach or a sex show with your partner.

7. The Stranger Fantasy
Sharing a fantasy for the very first time? Here’s an easy one both men and women enjoy. There’s something sexy and mysterious about anonymity. In fact, the LELO Global Sex Survey discovered that having sex with a stranger is on the rise this year. Easy way to get in on the trend? Turn yourselves into strangers. For as long as you’ve known your partner, pretend you don’t. Different clothes, new hairstyles, different personalities, different names. Start by meeting at the bar and then take your new friend home — keep in character the entire time.

10. Have Sex In Public
According to Men’s Health, 64 percent of women want to step outside the bedroom and get frisky in public. It makes sense, the rush, risk of getting caught — it all adds to your experience. Talk about where you both feel comfortable doing the deed, whether it’s an elevator or bathroom.

11. Have Sex Outside
Want the thrill of getting it on outside the bedroom but want to decrease your chances of actually getting caught? Embrace the elements and try doing it in a secluded area outside at night. The grass, the sand, the pool, the great outdoors is your sex playground.

12. Have Sex On An Airplane
Been there, done that with the whole public sex thing? Take it to the next level by joining the mile-high club. According to Men’s Health, 51 percent of women want to get it on up in the air. Take off!

13. Use Sex Toys
What do women really want? Well, studies are leading us to believe it has something to do with blindfolds, handcuffs, vibrators and enhanced orgasms. According to the LELO survey, 76 percent of women want to use their toys with their partner. And ladies, don’t be embarrassed to ask about unleashing the toys. The survey found that 89 percent of men would be happy to use them. And it’s not just for your benefit? Sixty-eight percent of couples both climax during intercourse with sex toys.

14. Visit The Strip Club
Thought the nudie bar was dudes-only? Think again. According to Men’s Health, 47 percent of women want to visit a strip club with their guy. It’s exciting, sexy and you’ll be there together. Not sure if it’s your thing? Find one with a twist, like this Vegan strip club in Portland. Lap dance for two, please.

16. Be Dominated
On the reverse, many women fantasize about being submissive and losing control to their partner. Again, think Fifty Shades Of Grey. Why is it so popular aside from Christian Grey’s charming ways? Well, actually it has to do will feeling desired. In 2009 University of Kansas study, it was discovered that “forceful submission fantasies” aren’t about humiliation but are instead “a passionate exchange with a powerful, resource-holding and attentive suitor.”

17. Teacher/Student Fantasy
There’s a reason “Hit Me Baby One More Time” was such a popular music video —and we’re going to guess it wasn’t because of Britney Spears’ vocal chords. The schoolgirl fantasy can involve dominance and spanking, but it doesn’t have to. For some, it’s sexy outfit to rip off.

18. Knight In Shining Armor Fantasy
Romantic? This is the fantasy for you. Whether he’s a fireman saving you from a smoky room, or a life guard carrying you out from the ocean — in this fantasy your guy comes to your rescue and then seduces you.

19. Put On A Strip Show
Guys will surely love this one. But for the ladies, it’s just as enjoyable. You get to put on your sexiest lingerie, take it off and tease him in the process, private lap dance included. The woman will have control and the man will be turned on and begging for more.

20. Bring Food Into The Bedroom
Ice, fruit, whipped cream, you name it, it can all enhance your sexual experience. Seduce your partner with foodplay and hit their erogenous zones in the process.

21. A Man In Uniform Fantasy
Love a man in uniform? For some, it’s the clothes and for others it’s their courage. According to Psychologist and Relationship Expert, Dr. Jeanette Raymond, Ph.D., “The ‘uniform’ may signify that the man is able to manage life’s troubles.” Have your partner dress the part and play the role.

22. Play Doctor
Sick and the only way to fully recover is with an orgasm? Doctor to the rescue.

23. Act Out Your Favorite Sex Scene From A Movie
Get into character and re-create your favorite cinematic sex scene. Whether it’s Basic Instinct or a celebrity sex tape, discuss the scene with your partner and get ready for an Academy Award-winning performance.

24. Give Each Other Sensual Massages
Remember when one woman got a happy ending massage? This year, sales of couples’ massagers increased by 82 percent. Get with it and make your partner melt with an arousing rub down. Need some pointers?

25. Personal Trainer Fantasy
Hate working out? Here’s a way to enjoy it. One of you is the personal trainer and the other is the obedient trainee. For Alison Z, it’s her go-to bedroom persona, “When he asks me to get on the ground and give him 20, I’d drop to my knees and give him something else … ”

26. Hot Mechanic Fantasy
For Brianna S, hooking up with the shirtless hottie covered in grease is her bedroom fantasy. “He would take me to the back seat and get to work under the hood of something else. Let’s just say by the time we’re done … the car repairs are on him.”

27. Sex On A Boat
Want to get it on out in the middle of the ocean? Well, I’m guessing you’re a Leonardo DiCaprio fan. But even if you’re not on Titanic-like ship or a Wolf Of Wall Street yacht, there’s still an opportunity to get down and dirty when you set sail. And you’re not the only one with the nautical fantasy. Match.com’s Singles In America survey revealed that 50 percent of singles hope to have sex on boats.

28. Use Feathers
Whether you choose to be tied up or not, have your partner tease you with the light touch of a feather.

29. Try Group Sex
Certainly not everyone’s fantasy but if you enjoy threesomes and are curious about bringing more partners into the bedroom, this might be one a thrilling and liberating ones to explore.

30. Hotel Maid Fantasy
Maybe it’s the allure of being on vacation but hotel sex is exciting and liberating, which may be why the maid fantasy is a hot one. Can’t make it to the hotel? With a sexy maid costume and knock from “housekeeping”, you can re-ignite the spark in no time.