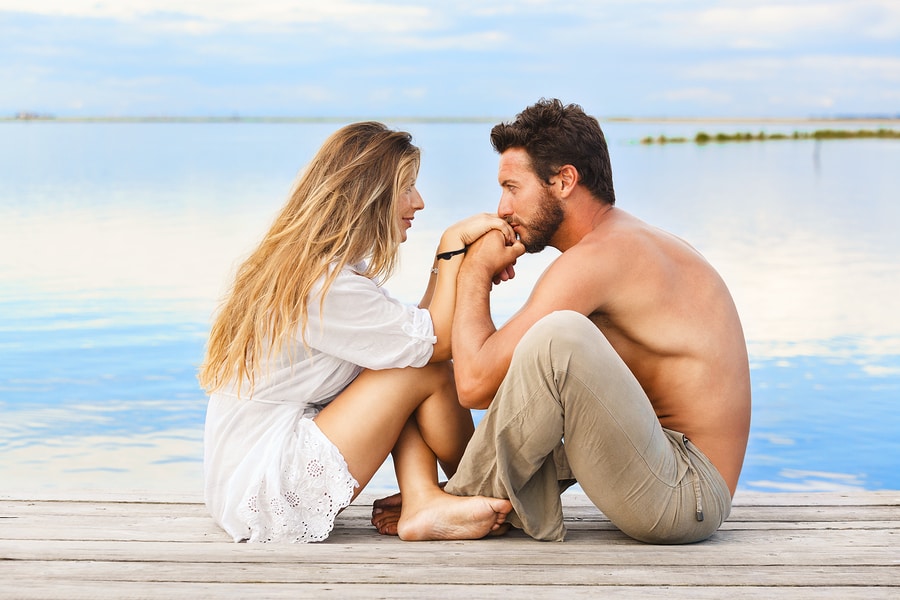 Weddings… When hopeful couples walk down the aisle, clasp hands and exchange vows to love and cherish till death do they part.

But in today’s world—full of distractions and choices—when whole websites are devoted to finding clandestine sexual partners, how realistic are those dreams of lifelong commitment?

As it turns out, science may be coming to the rescue of romance. A recent paper, co-authored by University of Minnesota psychology professor Jeffry Simpson, along with Garth Fletcher of Victoria University, Lorne Campbell of the University of Western Ontario, and Nickola Overall of the University of Auckland, gets at the very nature of romantic love and contends that romance is not only an ancient and widely cross-cultural phenomenon, but that it—as well as monogamy—played an important part to our evolution as a species.

The paper defines romantic love as, “a commitment device, composed of passion, intimacy, and caregiving,” and goes on to explain that romantic love was a key factor that, in domino-like fashion, resulted in humans’ complex brains, survival strategies, and social behaviors. The chain effect goes something like this: the need for two parents to raise children was facilitated by romantic love, leading our ancestors to have fairly monogamous relationships that resulted in greater paternal investment and higher infancy survival rates. That, in turn, cemented familial bonds and created close, complex, kin-based communities that helped humans survive—and thrive. In short, you could say that if it were not for romance, we might not be “human” at all.Published in February in Perspectives on Psychological Science, the paper, Pair-Bonding, Romantic Love, and Evolution: The Curious Case of Homo sapiens, synthesizes previously published studies to examine romantic love from a multi-disciplinary perspective: from the chemical and biological, to the evolutionary, cultural, and social.

Cynics may balk at such a seemingly sentimental and overarching statement, and indeed, there are crucial questions that are raised—what about polygyny, for example? The paper addresses many of these questions and finds that regardless of the situation, “love and pair-bonding remain powerful forces that must be controlled and managed.” For example, evidence suggests that polygamous families have more conflict and violence than monogamous families, perhaps because their very nature challenges the notion of monogamous, romantic love.

But what about divorce? Infidelity? Here’s where the picture gets a little murkier for those impending brides and grooms.

While the paper makes a strong case for the importance of romantic love, it also explains why today’s long-term commitments may be more difficult to maintain. First, it is important to emphasize that the paper addresses romantic love and pair-bonding, not marriage.

Marriage as a social construct is a very recent phenomenon compared to thousands of years of evolution. Our ancestors had much shorter lifespans and in lived in small familial groups of 50 – 150 people that met other groups only occasionally. “We have a Stone Age brain that’s dealing with a modern environment to which we are not fully adapted,” says Simpson.

“You turn on the television, you open up a magazine, and you see all kinds of attractive people. How many would you have seen if you lived 40,000 years ago? Maybe 10 in your life. So you go from 10 options to theoretically—in terms of the images—to thousands. What does that do to you? What does it do to your relationships?”

Simpson says that there is a good amount of evidence that we as a species evolved to be serially monogamous. “What I mean by that,” he clarifies, “is most of our ancestors probably were fairly monogamous with a single partner until they moved onto the next relationship.”

And just how often were people changing partners? The paper states that passionate romantic love usually lasts for a short period of time when a child could be weaned and become less dependent. Perhaps unsurprisingly, the peak periods for divorce in most cultures and ethnic groups today is four years.

So are those hopeful couples doomed? Is it delusional to walk down that aisle? Are lifelong commitments ill-advised?

Definitely not says Simpson. “You don’t want to suggest that just because something evolved in a certain way it’s good in relation to our current values and practices. We evolved to fear outgroups, and that’s causing all kinds of problems in the world right now.”

Indeed, the paper suggests that, “across cultures, the probability of divorce sharply declines across time as a function of increasing investment in relationships and the weeding out of unsatisfactory marriages. This pattern is precisely what would be expected if pair-bonding in humans was ‘designed’ to produce successful long-term relationships.”

So what would Simpson say to those folks about to take the plunge?

“Love changes as relationships grow and develop. It transforms into different kinds of love as one moves across different life stages. You have to be committed to maintaining that love, even though it doesn’t feel like it did in the early passion stage. The people who are more likely to stay together are the ones who can learn to appreciate the different meanings of love through new, changing life experiences. You oftentimes think of love as an automatic process, but it requires a lot of work, forethought, and commitment to last.”