Picking Up the Bill on a Date 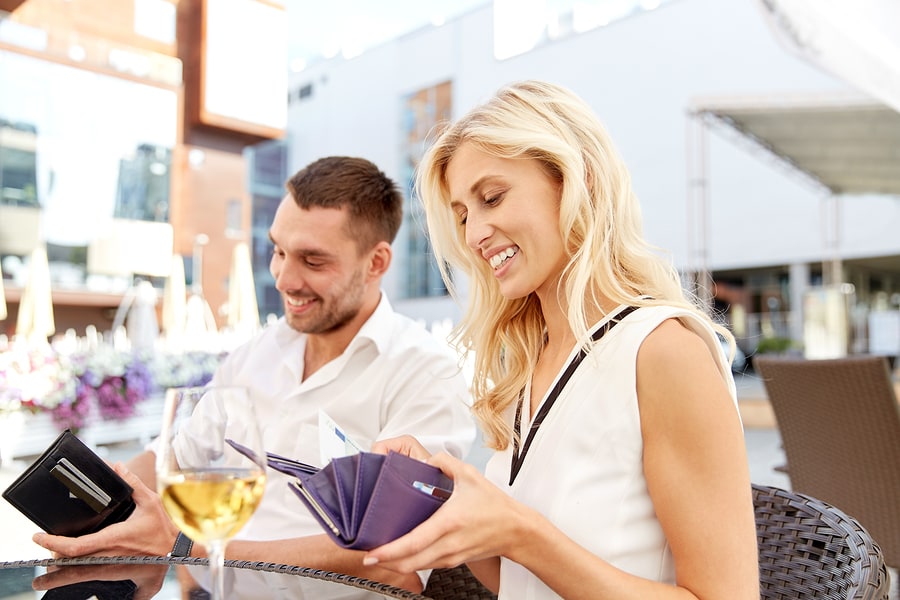 A confession to the men I’ve dated: If I ever insisted on paying my half at the end of a first date when you offered to treat, it may have been because I never wanted to see you again.

My persistence to pay was—at best—code for, “Let’s just be friends.” At worst, “Beat it.”

We all carry assumptions surrounding that first date bill and how it ought to be settled. When those expectations aren’t met, the evening could end awkwardly. She might be offended if he doesn’t let her pay; he might be annoyed if she doesn’t at least offer to chip in.

It’s an early stage financial crossroads that could make or break chances for a second date.

So, when in doubt, how should men and women best handle that first date tab? And was I right to offer to split the bill if I didn’t like the guy?

I tapped relationship experts Marni Battista, founder of DatingWithDignity.com and Bernardo Mendez of Your Great Life TV for some guidelines.

Men: Offer to take the lead.

Battista and Mendez both agree that it’s generally best for men to pay on a first date. Yes, even still in 2014—a time in which, as I myself have written, women often outearn men.

But the fact of the matter is that men typically want to pay: In a poll last year conducted by LearnVest and T.D. Ameritrade, 55% of men said they thought the guy should take the check. As Mendez explains, many men feel fulfilled and accomplished when they see an opportunity to provide, even if it’s in simple ways like paying for a drink.

Perhaps more importantly, paying is a way for him to preen. “Even a guy who doesn’t make much money if he really likes you will try to impress you to the utmost that he can,” says Battista

As for women? “In my experience, 90% will be offended if a guy doesn’t offer to pay,” says Battista.

The data seems to support her claim, at least to some extent. That LearnVest poll found that 63% of women expect the guy to pay. And when researchers at Chapman University recently surveyed more than 17,000 people on the topic of first-date finances, they found that 39% of women who offered to pay said they secretly hoped the men would not let them. Meanwhile, 44% of women said they were annoyed when expected to help pay the bill.

So guys, pick up the check. It’s just a first date dance move that—more often than not—leaves each person happy and satisfied.

The exception: If she asks him out and picks the place, the experts say, she ought be prepared to settle the bill.

Picking Up the Bill on a Date