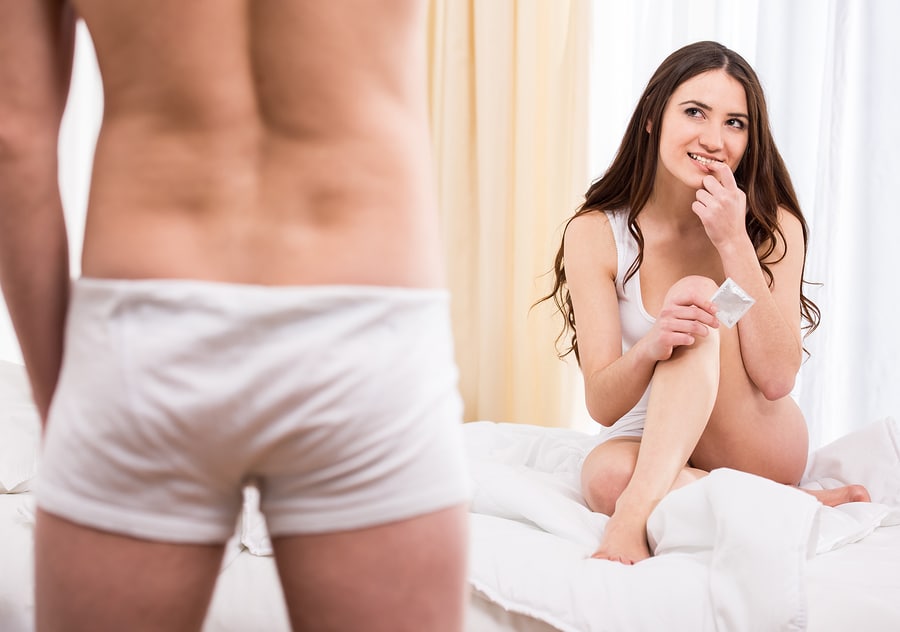 My sister and I were brought up up almost entirely by my Mom, until we were pre-teens. My Mom was a lovely affectionate woman, but she was so perfect that neither of us felt that we could talk to her about things that bothered us.

Sex did not exist in our household. We sometimes wondered how we came to be!

My Dad was a career Naval Officer, he was a vet who had enlisted at 16, and was rarely home, even in peacetime. He left the Navy after 25 years service, and my parents promptly discovered that they couldn’t live together. My sister and I were sent off to a private (all-girl) Boarding school, and my Dad shipped out to a contract overseas.

I had been a real Daddy’s girl, and was devastated by what I felt was his abandonment. I had grown up without brothers, but I identified strongly with my Dad and had been a tomboy, so most of my friends were boys. My Dad had told me that there wasn’t anything a boy could do that I couldn’t, except pee standing up, and I even tried to do that!

Our Boarding School was quite religious and was very rigid, sex-ed class was very clinical, just about Biology, nothing about sexuality. We were not allowed out alone, and our only visitors were our parents. The only boys we saw were at church, or at choir practice, so when I started to think about boys, I felt as though it was a “bad’ thing to do. Any good feelings I had from boys, when I could get near any of the choir boys, were repressed.

My sister, who was 2 years older, did not have boy-friends. I thought it was weird to like boys, only the sluts at school were into boys. As I grew up in this atmosphere, boys became a totally unknown quantity. I forgot how easy it had been before around my Dad, and became shy and somewhat afraid of them.

After six years in this stifling atmosphere I graduated at 17, and went back to live with my mother and sister. I went to College, and also worked part-time for my Mom. She was the manager and book-keeper of a private club, and I went to work as the DJ. Because I was underage I couldn’t drink, or interact with anyone so I just spun the records and I started to re-discover my ease with the opposite sex.

At the club, as a really naive 17 year old, I was at first unaware of the waiters flirting with me, until one called me a “Baby” and dared me to go to a movie with him. He was about 24, and quite cute (he was Spanish, with beautiful brown eyes and a shy smile, and just the right kind of charm). I picked up the challenge, and met him on a day off. He was waiting for me with a long-stemmed red rose, I was smitten.

The date went great until he asked me back to his place, which was a one-room apartment. The only place to sit was on the bed, and after a couple of glasses of “Orange juice” (spiked with vodka)I was dizzy, and curious, and we were making out. Without going into detail, let’s just say that the inevitable happened, and I ended up a pregnant teenager.

Lack of knowledge, lack of street-smarts, call it whatever you like. I call it lack of preparedness for the real world, caused me great emotional and physical harm. I was almost schizoid about it, planning to go to Canada, and throw myself on my Dad’s mercy. I couldn’t tell Mom, I thought she would disown me! Outwardly nothing changed, I continued to go to College as though nothing was going on.

One Friday afternoon in class, I started to miscarry. My friend Gina told me that I was going very pale then flushing, and looked like I was going to pass out. At 12 weeks, I went into a type of labor and miscarried, alone, in a toilet.

I travelled home on the underground, wearing a ton of pads, and, after making excuses to my family, had a long hot bath and went to bed. I didn’t go to a doctor, I didn’t even know that I should. I was so ashamed of myself that I told no-one. The next day, being a strong healthy 17 year old I went out with Gina, and vowed to forget all about it.

I grew up too fast after that. I became one of the “bad” girls, got on the pill, and for a few years became the kind of girl my old self abhorred.

When my sister became pregnant., I was 21, and moved out. I could not stand to be around as my Mom became the perfect understanding grandmother-to-be, and took care of my sister.

When I eventually did tell her, my mother was horrified that I had not told her at the time, and that I had never had proper medical care. She told me she would have taken care of me, after she had dragged the Spanish waiter off to the cops! She had often wondered why he kept asking her about me.

I was lucky, I had no lasting physical damage and though I had the kind of problems that most girls with absent fathers have, attracted to older men, and continuing to have relationship problems through my 20’s. I did marry in my 30’s and had two wonderful children, who know all about me, and have always been able to ask me ANYTHING!

One thing I discovered was that it is rarely “bad” girls who land up with unintentional pregnancies, they are far too savvy for that. It is the innocent and naive who become victims of sexual predators. Knowledge is armor, without it young girls are essentially defenseless.

If you plan on becoming a parent please remember that it is your duty to equip your children for life, knowledge about sex and sexuality is as essential for survival, as a good education, good food, and a warm safe home.