Movie Romance — Lessons I Have Learned About Love from Films 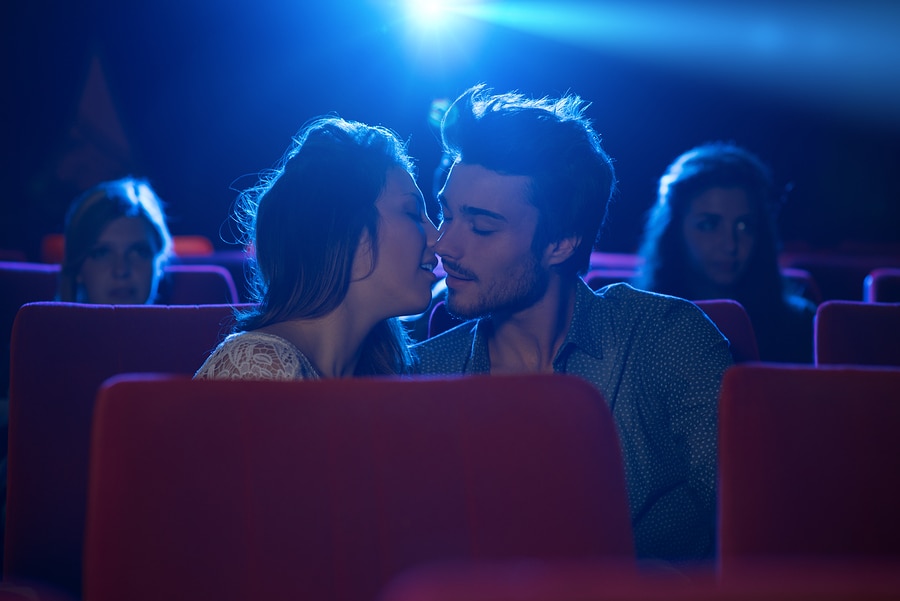 So, you get to a point in life where you think, hey, I’ve been dating awhile and I just keep dating awful people who are bad for me, I wonder why? Then you start thinking about your favorite movies from childhood and the messages you’ve internalized!  It’s amazing what a little emotional distance can do!

Beauty and the Beast- a beautiful village girl enters a monster’s castle to plead with him to release her father, and submits to her own incarceration, putting up with his temper tantrums and violence as he tries to force his way into her room, and then breaks up his own furniture.  She eventually falls victim to Stockholm Syndrome and falls in love with her captor.   Once she proves her love is true, he is revealed to be a prince!  This teaches us that if you have patience and love a bad person enough, he will become a good person. This could also be why women still feel hopeful about corresponding with online dating profiles with no pictures.  Perhaps he’s a prince or a celebrity!  If he doesn’t have a picture up, the truth is that he’s either married, ugly, or both.  What are some lessons we can take from this?

Grease- Two young attractive people meet over Summer break, fall in love, and then when they get back to school they’re worried that if they date, their friends won’t think they’re cool anymore because she is a “soc” and he is a “greaser”.  They spend the WHOLE SCHOOL YEAR pining for each other, and at the end they put on different outfits in order to meet the expectations of the other person, and then they appear to die, as they get into a convertible and their car drives into the clouds.  Lessons:

Breakfast Club- Some really weird pairings here.  Athletic, motivated Emilio Estevez falls for emotional basketcase Ally Sheedy because she wears her Holly Hobby underwear on the outside and ties a sock in her hair.  She’s a compulsive thief and liar and he has daddy issues, and the greatest thing they have in common is their twin suicidal ideation.  Molly Ringwald’s character falls in love with Judd Nelson’s even though during the eight hours they’ve known each other, it’s clear that he’s an addict, he’s a pre-abuser (he’s been abused, he reacts with violence), he sexually assaults her under a library desk, and he’s a compulsive cheater (showing her photographs of women he doesn’t think are worth being faithful to).   At the end of the movie, Anthony Michael Hall is not partnered with anyone because he is a clean-cut nerd with the best prospects for college and a good life.  Lessons:

Some Kind Of Wonderful- In this film, Eric Stoltz plans a dream date for a woman he has barely spoken to and only loves for her appearance, and when at the end of the date, she turns down his gift of extremely expensive earrings, he feels that she is being a real a-hole.  In retrospect, if a man with whom you had exchanged few words offered you a gift he bought with his college fund, you’d also wonder what he thought he was giving to, or getting, from you.  It’s a super weird gift.

Pretty Woman- ok, it’s a cute retelling of Pygmalion/My Fair Lady, in which a street prostitute becomes a trophy wife, which is the same thing but in longer pants.  She gets an emotionally distant workaholic with no family ties, and becomes a kept woman- that’ll be fun in marriage counseling!  “Hey, I think our power dynamic is screwed up.” “Why is that, I wonder?”

Just remember that romantic movies are a fun fantasy, but many of the relationships depicted in them are a real nightmare!

Movie Romance — Lessons I Have Learned About Love from Films