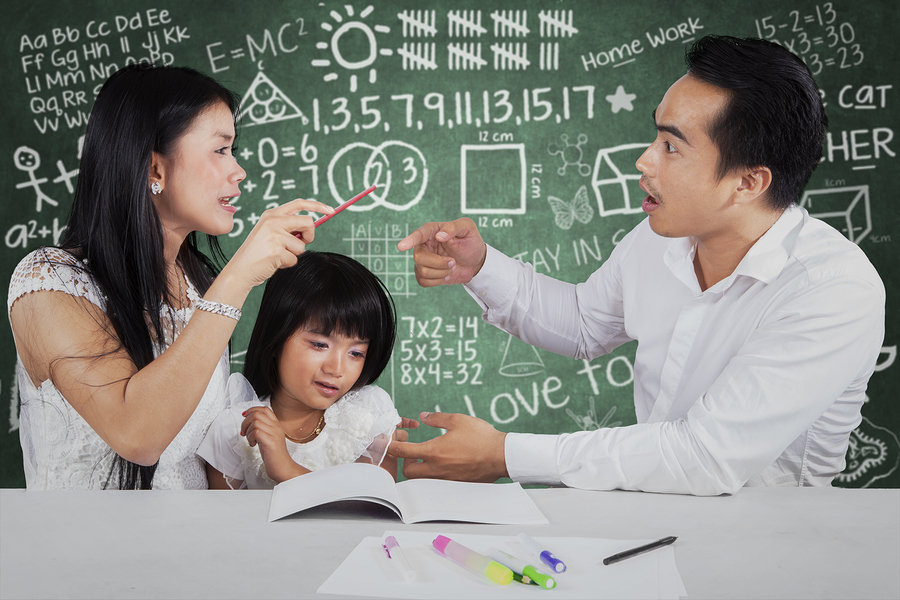 I learned that when you remained calm, you could actually have an intelligent conversation and come to an agreement without ever raising your voice. It was groundbreaking.

When I was 5 years old, my dad was using hard drugs and my mom was cheating on him. I don’t know who earned the title of chicken and who of egg, or which came first, but the end result was the same. I grew up in a pretty dysfunctional household where everyone was walking on eggshells. It was clearly an environment ill-suited to the healthy development of young kids.

Thankfully, I was too young to remember a lot of it or I blocked it out. Relatives tell me that I didn’t talk for months at a time as a kid (something that’s hard to believe, since my verbosity has more than made up for it since).

My parents eventually had a reckoning, pledged to clean up their act, and decided to try to save their marriage. While they did, in fact, stay together — and as far as I know, got sober and honest — they continued to fight like cats and dogs. The water under the bridge was at constant high tide, sloshing with resentment and distrust. And my brother and I were the innocent fish caught in the fury. I remember having to put on my headphones and blast Gloria Estefan cassette tapes on my boom box just to stay sane and drown out my parents’ constant bickering.

Growing up, there was not a night that went by in my house without raised voices, tear-stained cheeks, and all-around bad feelings. In fact, after more than three decades of nearly constant battling, it’s almost a miracle that my parents are still together. I say “almost,” because it’s possible it would have been better for everyone if they had split.

I know my story isn’t unique. In fact, I personally don’t know anyone who had a “normal” household growing up. Regardless, like many of my peers who survived dysfunctional childhoods, I made a conscious decision the moment I set foot into the adult world at age 18 that I wasn’t going to make the same mistakes my parents made. Of course, like many others, I also went on to make a lot of the same mistakes my parents made. I watched the patterns of dysfunction play out in my dating life throughout my late teens and early 20s, as I picked partners who familiarly reeked of high drama. I set myself up for failure without even realizing I had a choice in the matter.

When I reached my mid-20s and narrowly squeezed out of yet another relationship earmarked by substance abuse and infidelity, I finally caught my breath long enough to realize that I could take control of the situation and shape my own future. I think a part of me knew I had to get these bad experiences under my belt before I could clear the cobwebs enough to realize functionality and happiness were my actual desires for long-term commitment.

Then, I met my now-wife.

I THOUGHT ABOUT WHAT I WITNESSED WITH MY PARENTS AND REALIZED I HAD BEEN ACTING AS IF I WERE THEM OR SOMEHOW STILL UNDER THEIR SPELL.

From day one, my wife has been a true beacon of normalcy. My love and respect for her was so pure that I knew I had no choice but to get in line and become the partner I was meant to be. Before this relationship, every time tension arose, my default was to erupt in a pile of stinky dysfunction filled with finger-pointing and epithets. But with my wife, I completely changed my conflict patterns and started doing something amazing, instead.

I stopped and allowed myself time to process.

I thought about what I witnessed time and again with my parents and realized I had been acting as if I were them or somehow still under their spell. I told myself that I was my own person. I could rise above this and choose to be the adult in the relationship that I had never observed, but knew in my heart I had always wanted.

So, I did the exact opposite of what I saw my parents do.

I pretended that instead of winning an argument (whatever “winning” means, because there’s really no such thing), my goal was to preserve the sanctity of peace and love between me and this woman I respected the hell out of. I learned that when you remained calm, you could actually have an intelligent conversation and come to an agreement without ever raising your voice. It was groundbreaking.

Every time we resolved a dispute using actual listening and polite words, I felt like I had won the lottery. I could sense myself drifting further and further away from the paradigm that was my parents and the way I thought things had to be.

Over the seven years my wife and I have been together, we’ve raised our voices fewer times than I can count on my hand. That doesn’t mean we’ve repressed issues of importance or ignored problems. It doesn’t mean we’re saints who never face the same problems as every other couple. It just means we make a conscious effort to uphold compassion and respect as our pillars. The rest sort of melts away as less important and we’re able to just talk.

Am I mad at my parents for creating a hostile environment? No. Quite the opposite, actually. I’m grateful my parents showed me exactly what not to do so I could grow up to create the home I had only dreamt of under the drowned sound of yelling and the thump of Gloria Estefan blasting in my ears.