Getting to the Heart of Love 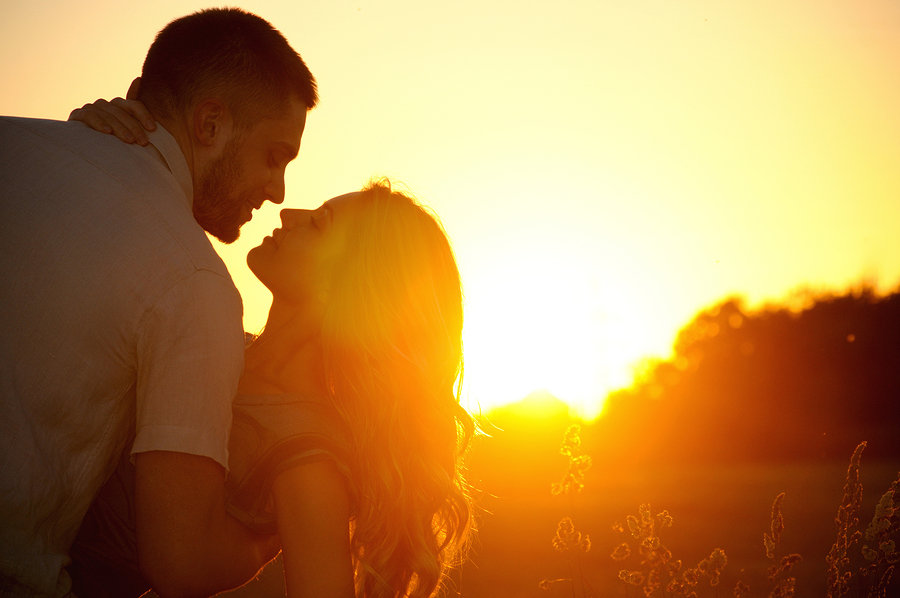 Let’s talk about love. It’s at the heart (ha!) of so many human interactions, yet its mystery is endless. Worthy of a listicle, we think…

1) You can fall in love with anyone

It may sound unlikely but research by the US psychologist Arthur Aron suggests falling in love is a pretty simple – and scientifically predictable – occurrence. Back in 1997, he tested his theory that two people will likely fall for each other if they exchange their innermost thoughts and experiences. Aron got over 50 pairs of strangers to answer 36 questions together, ranging from ‘Would you like to be famous?’ to ‘Of all the people in your family, whose death would you find most disturbing and why?’. In the last part of the experiment, the two participants have to stare into each others eyes for four minutes.

Not all of the pairs fell in love with each other, but one couple did end up getting married six months later. And almost 20 years later, writer Mandy Len Catron tried out the technique herself – and swiftly fell in love with her interlocutor. Curious?! So are we.

If you remember smooching at a school disco, don’t take it for granted that everyone else locks lips only to show their crush affection, or even that they do it in the same way. In fact, the gesture that most people identify as either sexual or affectionate is purely a practical one in some cultures. In parts of Papua New Guinea, for instance, parents chew up food for their baby and feed it to them by the mouth. Before the age of baby food being pre-mashed and sold on supermarket shelves, kiss-feeding was pretty common in human history. Many animals, like apes, still do it.

For other cultures, a kiss has less to do with the mouth and more to do with the nose – Inuits rub their noses together as a sign of affection, for instance. Research suggests this is what the rest of the world’s kisses used to be like – Sanskrit texts from thousands of years ago refer to a ‘kiss’ as a sniff, or a smell.

3) You can die from a broken heart

Heartache and heartbreak aren’t just empty phrases – anyone who has gone through them knows how real they can feel. Losing someone you love can make you feel physically sick, experience chest pain, have a sense of being numb all over. In some cases, it does literally take a physical toll on your organs: ‘broken heart syndrome’ – also called stress-induced cardiomyopathy or takotsubo cardiomyopathy – is a temporary heart condition which can be brought on by some sort of shock or trauma. Usually, patients recover within a week, but there are instances of fatalities in people who are old or already have a heart condition.

4) Men fall in love faster than women do

This might be a hard one to believe, but men apparently fall for a partner faster than women do. According to a study carried out in the U.S. last year by the dating website match.com, men tend to get that loving feeling around three months after starting a relationship, while for women, it takes five. Biological anthropologist Helen Fisher says that’s because women have to create and evaluate a “memory trail” of the man’s behaviour – like remembering what he promised to do – before they let themselves fall in love with them.

5) The power of aphrodisiacs may be all in the mind

Warning: do not attempt to slurp down an oyster as you read this. The food that is said to turn on our ‘I’m ready for love’ switch has not been scientifically proven to have a chemical effect on our sex organs. But there’s no need to go and demand your money back just yet – aphrodisiacs’ arousal powers aren’t entirely made up. People say the oyster’s reputation has come about because of its appearance – take a look and you might notice a slight resemblance to a certain part of the female anatomy – which is believed to get one’s subconscious thinking about sex. Our ancestors used to believe that the wonderful, tear-inducing ONION had similar powers – because it draws the mind to a certain part of the maleanatomy (we had fun in the office trying to decide what part that might be!)

Scientists are divided on whether animals experience romantic love like humans do. But they seem to agree that our furry and feathered friends do form strong attachments with each other – like the longtime mate of a female gorilla at a zoo in Boston, Massachusetts. When his love, Babs, died, he is said to have ‘howled and banged his chest (…) picked up a piece of celery, put it in her hand, and tried to get her to wake up’. Animals even form strong bonds across species: a lion and a coyote, a dog and a cheetah, and a tortoise and goose are just some of the inseparable couples of the animal kingdom.

7) Kissing is more important than sex

8) Origins of the word love

Love, love, love. Where does it come from? Well, the modern-day English term apparently dates back to the Latin verb “lubere” which means ‘to please’. It’s also got links to the word “libere”, which can be translated as ‘freely, openly, frankly’. Makes sense…sometimes.

9) We see love in different ways

Love seems like such an established concept that you might expect it to mean the same thing for humans across the world. But research suggests that some cultures define love differently. One study found that Chinese people associate pain with love more than Americans do – a phenomenon that psychologist Arthur Aron thinks may be because of China’s traditional culture of arranged marriages. He conducted studies in both countries and says that people in China “tend to pick more negative traits, words like anxious, scary and depressing,” than American people when they talk about love. Brain scans show that brain patterns of loved-up people are universally the same across cultures – suggesting one’s definition of love really is a cultural construct.

Scientists say being in love looks the same as being addicted to something in terms of brain patterns – and that’s also the effect it has on us, argues biological anthropologist Helen Fisher. “Around the world, men and women pine for love, live for love, kill for love, and die for love,” she writes. “Moreover, love-besotted men and women show all the basic symptoms of addiction.” Characterizing the addiction impassioned lovers feel, is a ‘stiletto-focus’ on one’s loved one and a tendency to change one’s priorities to accommodate their needs. You might also experience withdrawal symptoms when separated from your love – exactly like an addict parted from a drug.

Getting to the Heart of Love