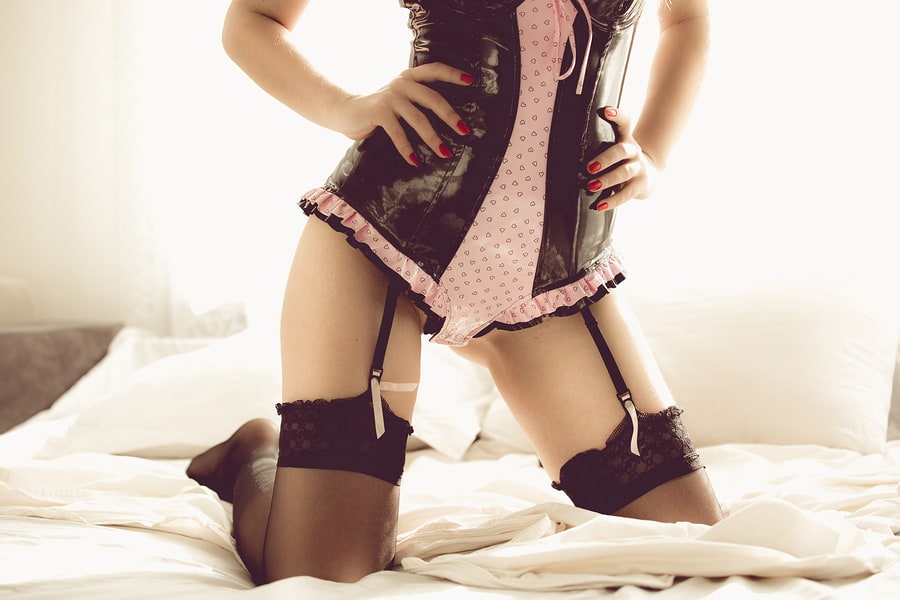 In theory, I love sexy underwear. I own the requisite number of suspender belts (two), a multitude of thongs, have previously bought crotchless pants (although God knows where they are now), and, occasionally, I even wear these items.  And we all know how sexy underwear is supposed to work: you wear it, he is blown away with lust and gratitude, and you both have the best sex ever.

Except, of course, in real life, things are rarely so simple.

My lingerie heyday was undoubtedly during my student years. Back then, my 20-year-old boyfriend was delightfully responsive to any effort on my part in the underwear department. The merest whiff of stockings and suspenders and he was a shoo-in. My current 30-something man, however, is much less predictable.

Think of it like this: in the world of lighting, your 20-something male is a bog-standard lamp – he has a switch, you flick it, you turn him on. But by the time a man hits his 30s, he has matured into a more complex system altogether, a kind of finely-tuned motion sensor light. On a good day, this means you get to kick back and enjoy his advanced technology. On a bad day, it leaves you standing in the middle of the room, waving your arms around wildly, and wondering how the hell you turn the damn thing on.

The problem is, when we put on sexy underwear at the start of a night, we are making a firm commitment to both us and them wanting to have sex at the end of it. It’s a down payment on mutual lust; in my experience, couples often buckle under this kind of pressure. And even if our man does want to have sex, he might be totally unfussed by our undies. As my housemate – a relatively sensitive guy – put it: ‘By the time you’re down to that layer, your main concern is getting beyond it; it’s just an extra shiny barrier.’ Such a lack of enthusiasm on their part can easily lead to disappointment on ours.

These pitfalls are only exacerbated by the financial cost of decent lingerie. My boyfriend would probably enjoy an Agent Provocateur basque more if it didn’t represent a 50% reduction in our monthly savings. These days, nothing gives him a hard on quite like the thought of making it onto the property ladder. Conversely, nothing is likely to kill his passion quite like the thought of our future home disappearing in a cloud of lace and tassles. If I splash out on lingerie, then, we’re both going to want to see a pretty high return.

So you can see why my relationship with sexy underwear is not as simple as it once was. But this doesn’t mean I’m ready to quit the game altogether. No, instead I have developed three simple rules to help me (and people like me) enjoy a healthy relationship with my undies.

One girlfriend of mine has sexy lingerie nailed. Firstly, she does not give a damn about the cost. Secondly, she is in awe of all female beauty, including her own (she sends me links to high-end corsets asking which I think would make her look the most adorable). Thirdly, (and this is key), she involves her boyfriend in deciding when the lingerie should be worn. Last Christmas, she bought ‘him’ a stunning corset. After its first outing, he wanted to know what would happen next, i.e. would she wear it all the time or only occasionally? Was it a one-off thing?

She explained to him, ‘This corset is your Christmas present. And now it can be Christmas anytime you want to it to be. All you have to do is say “Can we have Christmas today, please?” And I’ll make it happen.’

You see, the girl’s a genius.  Because it is the ‘tada’ aspect of sexy lingerie that so often backfires. I ran this theory by my boyfriend, and he agreed: ‘If we don’t know it’s coming, you can’t blame us if we don’t rise to the challenge. At least give us a hint!’

In the case of my man, this means sexy lingerie is best aired by day. When we were ‘courting’, our nights out usually culminated in wild, drunken sex. Now, they are more likely to end in wild, drunken promises to do it first thing in the morning.  My bloke peaks in the day; I must use this to my advantage. 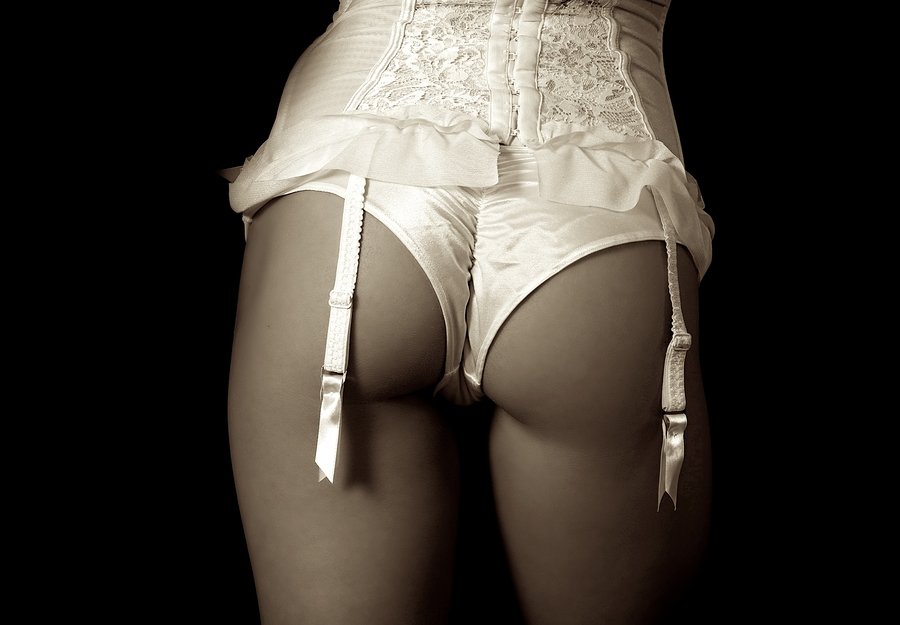 Sexy underwear can be fun and experimental, but invest too much and the stakes are raised. With this in mind, I recently did some browsing on ebay (‘refine’ – ‘condition’ – ‘new with tags’), and managed to get some rather nice Victoria Secret undies at a 75% discount. They arrived today and, I’m pleased to say, they make my bottom look lovely. My only concern is that the lacing running down my bum crack rather draws the attention to the wrong hole (a hole that is, by long-standing agreement, out of play).  Still, at that price it’s hard to complain. And, as the saying goes, never say never…

Tomorrow morning, my boyfriend and I have a rare shared lie in. I intend to get up, spruce up, put on my sexy budget knickers and one of his shirts (I have it on good authority that this is a winning combination). Then, I’ll come back to bed and wake him up with a hot brew and my own delicious self. He has been duly warned that this is coming. So, this time, he’d better wake up and smell the coffee.