It’s Not Okay! What Happened When I Was Intimately Assaulted on an Airplane 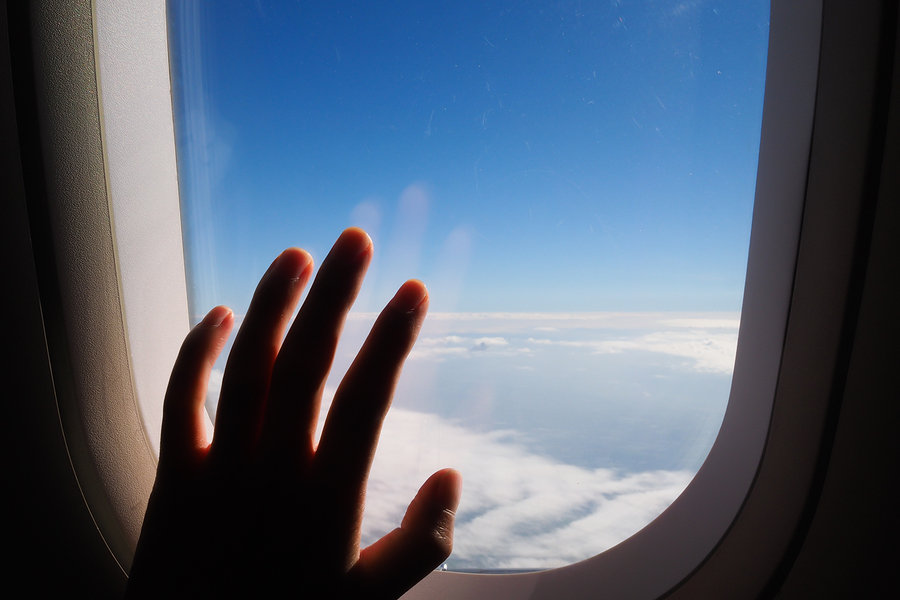 I waited in a small room for two FBI agents to finally show up and ask me typical questions such as, “What were you wearing?”

In light of the election and talk of “grabbing pussies,” I thought I’d go ahead and tell my tale of such atrocities. Many people have made light of the subject, writing it off as “locker room talk,” and saying things like “that’s just how men speak.” I don’t know what men these people are associating with, but this is not the way the men I know speak. Men of varying orientations, backgrounds, ages, etc., all across the country and world are saying, “Um, no, we would never just grab pussies, in a locker room or elsewhere.”

There are, however, men who do feel this behavior is okay. Let me just say for the record, it’s SUPER NOT OKAY. Grabbing a woman, on any part of her body, let alone right in her pussy, without consent, wouldn’t even cross the mind of most of the men in my life. It wouldn’t cross my mind either, and I love pussies! So to brush “talk” off like it’s nothing is extremely irresponsible, especially when influential people in the media are the ones speaking these harmful words. I’m not just talking about the candidate who I don’t respect enough to even mention the name of. He wasn’t the only person in that conversation. And that conversation unfortunately does happen in certain locker rooms. But that still doesn’t make it okay, or harmless, or something to brush under the rug. Because guess what?! It happens. Words become actions. Many men feel that they can just grab you right in the pussy. And they get away with it.

I was on a 15 hour American Airlines flight home to Chicago from India. The man sitting next to me was wearing way to much cologne, donned a big bushy mustache, and a cell phone clipped to his belt. These offenses would unfortunately not to be his worst. He was asking me questions about Chicago and what he should do there on his layover. At one point, he asked if I wanted to show him around and I politely declined stating that I was excited to see my boyfriend who was picking me up at the airport. I then decided to drape a blanket over myself and try to get some sleep. About an hour and a half into the flight, in my sleepy state, I began feeling a hand all over my body. I mean ALL OVER my body. It was invasive, and heavy, and under my blanket. I could feel the pressure from it all over my breasts, and then it snaked down to my legs and in between my thighs. I was in that mid-way point between sleep and awake so I didn’t react right away. I finally woke right the eff up when I felt his hand grab me, guess where?! That’s correct, right in my pussy. The hand under my blanket belonged to Mr. Too Much Cologne.

I jumped up immediately. He moved his hand away and stared at the screen on the seat in front of him. I looked at him and asked, “What were you doing?!” He sat completely still and silent, apparently unable to take his eyes off the Sandra Bullock/Ryan Reynolds blockbuster, “The Proposal” playing in front of him (who can blame ‘im?!). I sat for a second wondering if he’d even realized what he had done, or if maybe I was mistaken. Was I going crazy? Was I still asleep and dreamed the whole thing, or rather, nightmared it? Then I looked down and saw his erection. This was not imagined. I yelled, “Do you think what you did was okay?!” Still, the movie was far too engrossing for him to reply. I finally exclaimed, “Get UP!” At which point I finally received a response from him, which was to stand up and move into the aisle.

I left my window seat and not knowing what else to do, ran. I ran first toward the back of the plane, losing a contact lens in the process (for which I have yet to be reimbursed by the man or American Airlines). Failing to find a flight attendant in the back of the plane, I ran toward the front. Finally I came upon a male flight attendant near the bathrooms and frantically told him what had just happened, to which he replied, “Oh…so…do you wanna move seats?” No, I just wanted to tell you how happy I was that I finally found the one! “YES! Move me!”

I was moved to business class where the female flight attendants made sure I was okay, as the male attendant brought my things to me and said, “geeze, you have a lot of stuff.” I don’t check luggage when I travel abroad, which is not the point, asshole, but thanks for the unsolicited opinion! They let me know that the pilots had been informed and the man would be apprehended upon landing, but there wasn’t much else they could do at that time because there was no marshal on the plane. I tried as hard as I could to sleep for the next thirteen hours, but it was pointless. I just imagined him coming up to me in my new fancy seat and doing it again, or something even worse. Did he know he was going to be apprehended? Was he going to come after me and try to get me to shut up or change my story? Was there an in-flight Lifetime movie relating to this exact experience that could keep me occupied for the next several hours?! Luckily there were no further incidents and the plane landed safely in Chicago.

As promised, Chicago PD was waiting for us to get off the plane. They were all set to take both of us to customs when one of the female flight attendants chimed in, “Maybe you should take her first, so she doesn’t have to see him again.” A male police officer scoffed, “She’s already seen him, what’s the big deal?” This is yet another great example of the training offered to those meant to protect and serve us. The men that I dealt with on this exhausting day had zero sensitivity for the issue, while the women seemed to completely understand. This baffles me, but I have to think it has something to do with the fact that women are trained from birth on how to deal with and/or try to avoid these situations and men, well, I don’t know what most men are trained for, but it’s clearly not sensitivity.

I waited in a small room for two FBI agents to finally show up and ask me typical questions such as, “What were you wearing?” and “What did you say to him?” As though my yoga pants and light conversation about fun things to do in Chicago were to blame for my sexual assault. They made sure to laugh a lot and make real light of the situation. One of them asked if I wanted to press charges, and while doing so suggested that it wouldn’t really do much, because, “this has already happened thirteen times this year.” Did I mention it was February? I absolutely wanted to press charges and made sure that everyone knew that. They said they spoke to the man, who apparently was “very sorry” and crying, which was another reason I shouldn’t press charges. I insisted once again on pressing charges. They said they would send him home, and “he’s here on business, so he’ll probably get fired. Plus, he’s married, so his wife will be pissed.” To which I replied, “That’s not enough, please press charges.” I was told to go home and they would continue talking to him. I would receive a call when they were finished.

I was met by my boyfriend, and had to explain why I didn’t want to be touched even though we’d been apart for ten days. I got back to my apartment where I finally laid down to get the sleep I desperately needed when I was awoken by a phone call with a laughing, literally laughing FBI agent who said, “Yeah, we didn’t press charges. He said that he’s done this with other Middle Eastern women before who liked it. I think he just thought you liked him cause you were being so nice. He’s already on a plane back to India, so, he’s really gonna get it from his wife. He wrote you an apology note. It’s kinda cute, want me to read it to you?” I received the note in the mail a couple weeks later. The officer and I have differing opinions on what we consider to be “cute.”

To this day, when I travel, I have a very difficult time sitting next to strangers. All I can think of is this disgusting man who’s face and shitty mustache are embedded in my brain forever, and the fact that he knows it’s okay to do this. After all, who’s going to stop him?Not American Airlines who, in response to my letter asking that they ban him from further flights said they can’t deny his business. Not the FBI. Not anyone in the US government.

So I ask you this, if this is already a huge issue in this country, if this exact situation had already happened 13 times in just two months, why would it be okay to elect someone into office who chalks things like this up to “typical male behavior” and “locker room talk?” Anyone who so clearly disrespects women, and has such low opinions of them, or any gender of human, doesn’t even deserve to be on a plane, let alone lead a country. Don’t we as a country need to move forward, rather than slip back into archaic, misogynist mindsets?

I have to say, I’m grateful that a dialogue has started, and I’m hopeful that it continues. Because people need to know this is not something that should be laughed away, or scoffed at, or disregarded as women being oversensitive. It’s an invasion on someone else’s body, which, often times in this world is literally the only thing we have that’s truly ours. Don’t let it be taken away from you. And when it is, fight back. I was too scared, tired, and weak when it happened to really fight back. But I fight now. And, at the risk of sounding cliché, one of the best ways to fight is to vote. So vote, dammit, and keep creeps away from our pussies!

It’s Not Okay! What Happened When I Was Intimately Assaulted on an Airplane