Is LOVE Too Risky for You? 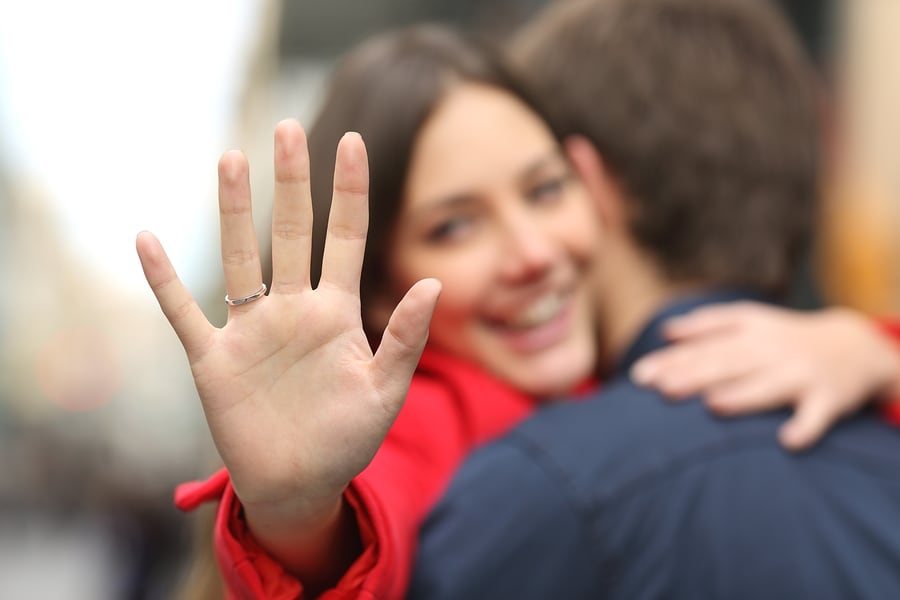 I went looking for an answer in the data on love and marriage.

SHE was 25. I was 24. We spent only a couple of days together and shared no language in common. But when I returned to the United States from that European music festival, I announced to my parents that I had met my future wife.

Of course, I had to convince Ester first. So I tackled the project as if it were a start-up. I began by studying Spanish. Before long, I’d quit my job and moved to her native Barcelona — where I knew no one except her — in hot pursuit. The market pressure was intense: Men would shout wedding proposals to her from moving cars. But I pressed on, undeterred. It took two years to close the deal, but she finally said yes, and we married.

Today, I have many colleagues in their 20s. When I tell them this story, they shake their heads in disbelief. “That’s crazy,” one told me. “No one would do that today.” The first point is fair: It wouldn’t be the first time I’ve been called nuts. But it didn’t seem so crazy at the time, and plenty of people who, like me, were born in the 1960s, have similar stories. This left me wondering: Are people today less romantically adventurous?

I went looking for an answer in the data on love and marriage. First and most obviously, marriage rates have plummeted in recent years. According to the Pew Research Center, in 1960, 10 percent of men and 8 percent of women over 25 were unmarried. By 2012, those numbers climbed to 23 percent and 17 percent. This is because of fewer first marriages, not rising divorce; the latter has been falling for three decades.

You might retort that people are simply marrying later, and that these figures fail to account for cohabitation and same-sex relationships. But marriage has declined in every age cohort, and according to the Panel Study of Income Dynamics at the University of Michigan, the percentage of households headed by a married or cohabiting couple has fallen to 52 percent from 58 percent since 1981. In a decade or less, we could expect that most American adults will live without a romantic partner.

Should we even care? Sociologists can speculate about whether marriage is outmoded, but the answer to that question is apparently obvious to those without partners. In a 2013 Gallup poll, 81 percent of people who had never married said they want to marry.

What can turn these trends around? The conventional response is to decrease the risk and hassle of coupling through new apps that connect friends of friends or algorithms for matching strangers as perfectly as possible. But making mating less frightening and inconvenient should not be our priority. What we really need is more romantic entrepreneurship. And that requires cultivating two core entrepreneurial qualities: courage and mindfulness.

The most distinguishing characteristic of entrepreneurs is their willingness and ability to take a personal risk for the chance at explosive rewards. This is not the norm. Most people are slaves to fear, and prefer avoiding risk to staring it down. As the author Aaron C. Brown writes in “The Poker Face of Wall Street,” most people wander through life “never consciously accepting extra risk to pick up the money and other good things lying around them.”

This might seem unrelated to love. But ask yourself, what is the opposite of love? The automatic answer is “hate,” but that’s wrong. The opposite of love is fear. As St. John the Apostle put it, “There is no fear in love” and “one who fears is not made perfect in love.” As Paul C. Vitz, a psychologist at the Institute for the Psychological Sciences in Arlington, Va., explained to me, “Fear is the fundamental negative emotion.”

If we want more love, we must conquer fear. We must take personal risks for big potential romantic rewards. Forget test-driving a relationship for 10 years, or searching for someone so perfectly matched as to resemble a sibling.

Love is supposed to be a little scary because it is uncertain. I remember moments when my own romantic venture seemed doomed and foolish. Courage means feeling the fear of rejection and loss but pursuing love anyway.

Is LOVE Too Risky for You?