Inheritance? Who Is and Isn’t Talking About It With Their Partner. 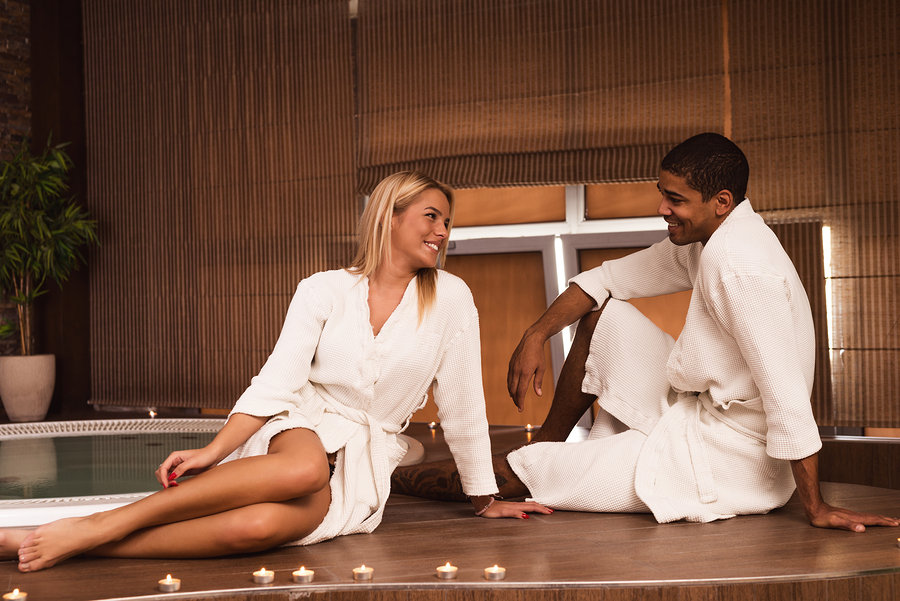 A survey also found that more than half admitted to not openly discussing their finances with their loved ones.

Nearly one in two people keep an inheritance secret from their partner, according to a new survey.

The poll quizzed 1,000 couples from around the UK about whether they were ‘completely honest’ with each other about their savings and debts .

The survey found that 57 per cent of those polled admitted not openly discussing their finances with their loved one.

Amazingly, the survey, for pensions advice specialist Portafina, also found that just over 40 per cent – almost one in two – admitted not telling their partner about a windfall from an inheritance.

A total of 43 per cent of those quizzed also failed to tell their loved one about all the debts they owed.

One in 10 even said they had ‘intentionally gone out of their way’ to hide their assets or debts from their loved one.

The poll found that 92 per cent of those quizzed admitted not ‘taking steps’ to protect themselves financially – such as opening a separate savings account – just in case their relationship hit the rocks.

The main reasons given for financial secrecy were that they had lost out financially after a break-up with a former partner, and also ‘feeling uncomfortable’ discussing cash, especially if one partner earned considerably more than the other.

Top of the secretive list were people from Birmingham, with just under 55 per cent confessing to keeping their financial affairs ‘top secret’.

This was closely followed by Liverpudlians, with 51 per cent, and people from Leeds and Glasgow came in joint 3rd place, with 50 per cent saying they didn’t share financial information with partners.

Couples in the Republic of Ireland were the most honest about their finances, with only 40 per cent keeping their finances secret. 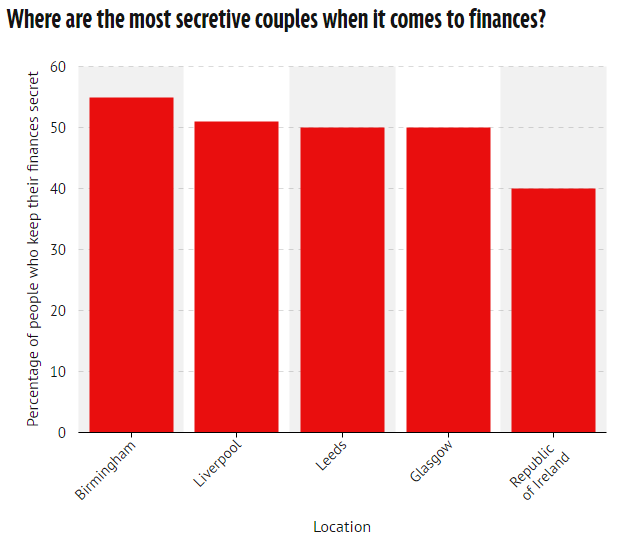 The poll also found that 35 per cent didn’t like discussing pensions with their partner – and 30 per cent said they even kept a health problem secret from their loved one.

Jamie Smith-Thompson, managing director at Portafina, said: “It’s not unusual for friends or colleagues to talk about money when things get tight before payday, but we wanted to know just how far these conversations go and how much we share.

“We were surprised to find that over half of those in relationships don’t discuss details such as salary, debts and savings with their partner, with debts being at the bottom of the sharing list.

“While some people see this as a way of protecting themselves in the future, the benefits of sharing important financial details and knowing about potential pressure points – such as debts or changes to retirement planning – should not be underestimated.

“More openness and communication in relationships can really help people create the future lifestyle they want.”

Inheritance? Who Is and Isn’t Talking About It With Their Partner.