The next generation of interactive sex robot will be available starting next year. New tech includes warm skin and warm sex organs, the ability to have simple conversations and to have simulated orgasms, something that is hardwired as sexy and desirable for men. And it’s scaring the crap out of us. 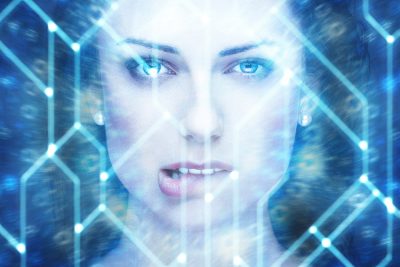 We’re so worried about it that there’s already a website about the campaign against sex robots, (campaignagainstsexrobots.org). There’s also an international meeting taking place in London in December promoting and exploring the problems and benefits of sex and love with robots.

We’re so worried that over and over articles go up saying “Holy crap sexbots!”

What is it that we are we afraid of?

We’re afraid of men becoming accustomed to, or preferring, asymmetrical relationships with a robot, who is never in a bad mood or busy or tired, and who never rejects them. A sex robot is always up for anything. How will this affect men’s relationships with real women? We’re afraid that sex robot use will make men forget about consent– a sex robot has no boundaries and doesn’t say no.

We’re afraid about our expensive sex robots getting out of date- imagine how embarrassing it’ll be when your friend’s new-fangled robot can speak in four languages and flutter her eyelashes and your robot can only moan and point at stuff!

We’re afraid of the end of human intimacy, that men will fall in love with sex robots. We’re afraid that men will become addicted, never leaving their house, ordering all of their groceries online and filling their days and nights with computer games and dirty robots. We’ll be a world of single people, men at home with their sex robots, and women making and sharing increasingly intricate Pinterest pages and Etsy crafts.