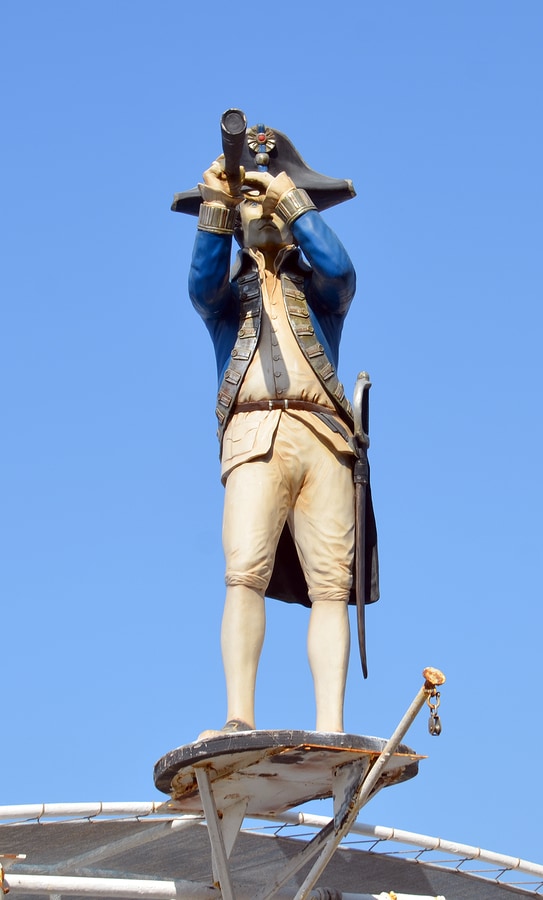 Every French man knows that like all good wines, women mature with age, in both beauty and brains.

There’s a general consensus that women love tall men, or at the very least taller than them. I am not sure what the benefits of being lanky are; my legs hurt in economy, the game limbo where people judge how low I can go is 15% harder and my career as a professional jockey is not where I’d like it to be. And yet, that hasn’t held us gargantuan men back from conquering the hearts of the opposite sex.

Conquering may be an inappropriate word, but it leads me nicely onto one of the most famous short men, Napoleon Bonaparte. Although listed as 5 feet 2 inches, those were the old French units which in the modern equivalent would make him 5’7”. (Same height as Tom Cruise. Coincidence? Yes.)

Napoleon not only wanted to conquer land for Lady Liberty of France, but also needed to conquer the heart of a potential empress to have by his side. Young Napoleon was in charge of older men who loomed over him and the only way he thought he’d have the respect of his men was by marrying a cougar. Meeeow. How’d you get this total babe? Oh you know, just invading multiple countries. No biggie.

Napoleon fell head over heels for Marie-Joseph-Rose de Meauharnais, later renamed Josephine because Napoleon didn’t like her name. We all give our lovers nicknames after all. The only problem with the relationship? She despised Napoleon. He was too much of a nerd.

Every French man knows that like all good wines, women mature with age, in both beauty and brains. (Cheese is also great the more mature it is, but not the best comparison for a lady). Josephine may have been a desirable decanter of Dom Perignon when it came to motherhood, but a Two Buck Chuck chardonnay with a crazy straw when it came to ROMANCE with Napoleon. She had no desire whatsoever to marry Napoleon, but was informed by a friend the only way for her to keep her lavish lifestyle and keep her two children safe was to marry Napoleon, whom was oblivious to her hatred for him.

They married and a few days later, it was a romantic honeymoon to Italy, without her. Alas, he had to go to work, and every day, the besotted general would write his wife love letters, while she was back home in Paris, Netflix and chilling with other men.
She made many excuses as to why she could not join him in Italy, and went as far as telling him she was pregnant and thus could not travel. She was not with child of course, which is surprising considering the amount of Parisian baguette she gobbled. She just wasn’t interested in giving the general a chance to show her he was worthy of her heart.

When the cuckolded Napoleon found out, angered by the betrayal, he decided to come back to France in a mission to cherish her. Napoleon’s attempt to win her heart lasted too briefly when she arrived and told him the reason she was no longer pregnant was due to a miscarriage. This devastated Napoleon. (I bet you didn’t know all this about the tiny man we mock).

After she cheated on him a few more times, he no longer loved her, but in a twist of fate, she now was falling in love with him. The story goes that Josephine was forever in love with Napoleon from the moment he parted ways with her. As she was dying of diphteria, her last word was ‘Napoleon’. He later re-married the Archduchess of Austria Maria-Louisa, later renamed Marie Louise because Napoleon didn’t like her name.

Tall men don’t necessarily make better men. Neither do ‘bad boys’. Ladies, give the not so tall nerds a chance, they might surprise you and go above and beyond to swoon you off your feet. And if they seem to try hard like Napoleon, it might just be because they’re really besotted by you. My wife told me she wasn’t sure about getting with me because I was too weird, but luckily one of her friends convinced her to give me a chance, and now we’re happily married. Give the nerds a chance.