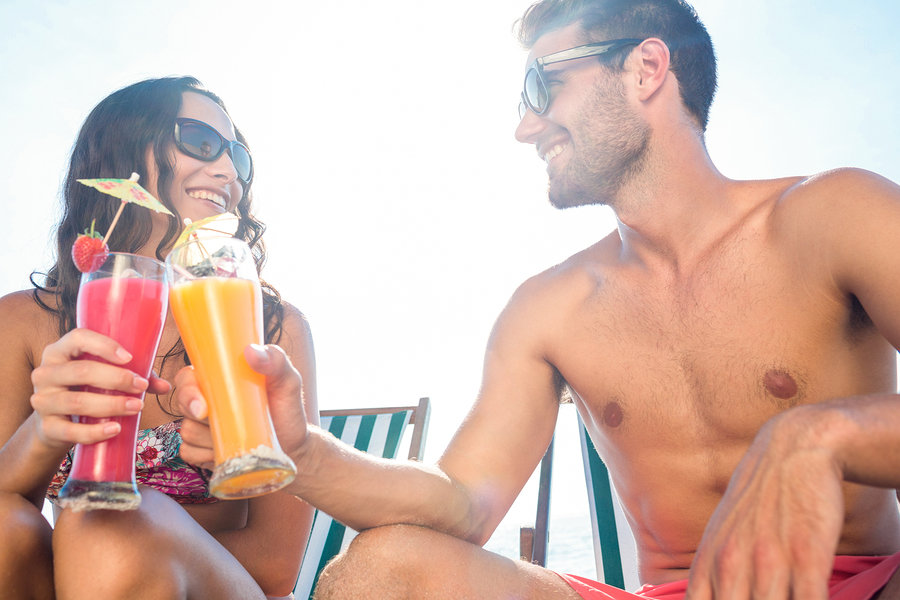 I can’t tell you how many times I’ve had a guy friend who I was into who I kiiiind of thought was into me too but I couldn’t really tell. Not because I’m oblivious but because it’s so easy to see those signs and not want to be That Person who assumes someone is totally into her when he’s actually just being a really good friend who happens to be a guy.

Because I tend to lean toward “maybe he’s just being nice!!!” and usually need to be beaten over the head with mixtapes, picnics, and quirky flower arrangements before I start to think, “Wait, does Jeff like me?” while everyone around me rolls their eyes and says, “Yes, are you kidding?” I can save you some of that time.

1. Your friends ask if you guys are a thing yet. One time I had a guy at a bar tell me he didn’t ask me out because he saw I had a boyfriend. The guy he saw was not my boyfriend, but he was a guy friend I thought might be into me. If total strangers and friends think you guys are giving off couple vibes, it’s because he’s absolutely wishing you two were a couple.

2. When he hugs you, it feels like he’s making out with you using only his arms. If your hugs used to be kind of standard, and now they’re longer and more affectionate, it’s because #feelings are there. New, or maybe not new, but definitely more intense #feelings. And not just of the “oh man, our connection as two platonic humans has truly intensified” variety.

3. You hang out one-on-one all the time doing, let’s be honest, couple-y things. Oh yeah, you’re just friends. Friends who go to lunch together, museums together, and movies together with just the two of you, hanging out for hours, with him silently wishing at some point he could hold your hand.

4. He brings up your inside jokes like they’re quotes from his favorite movie. Whether it’s conscious or not, he’s telling you he loves the connection you two have and is trying to slowly tell you, “Look at how much fun we have! Man, we have a cool connection. Possibly of the boyfriend/girlfriend variety. Just sayin’.”