Do You Feel Sexy and Comfortable In Your Own Skin 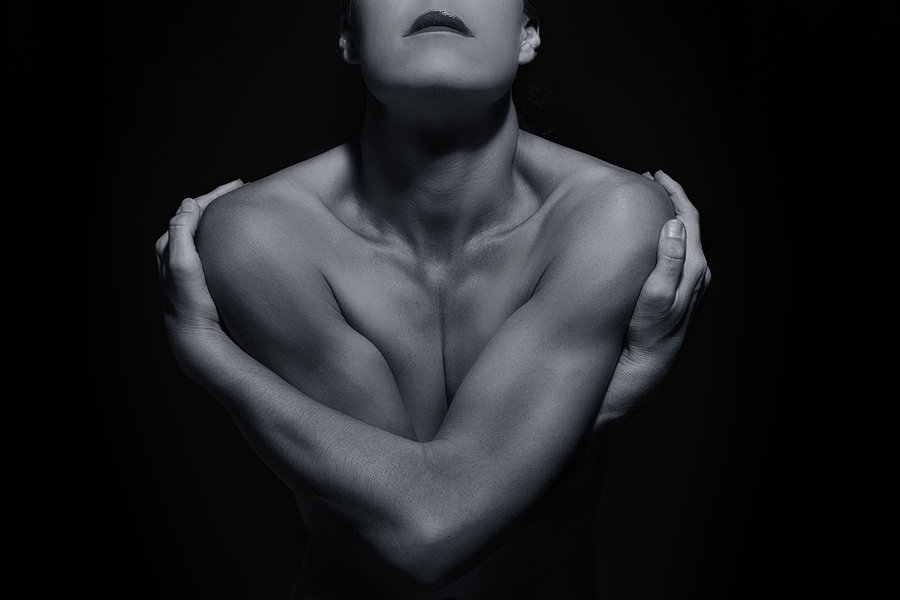 Have a habit of backing out of rooms so guys don’t glimpse your butt? Well, you’re about to trade that kind of behavior for a look-at-me-I’m-hot act. Read on.

If someone told you that you could send insecurity packing and radiate serious sex appeal in and out  f your clothes just by reading this article, would you believe it? If you said no (or even thought it  or a fleeting second), then you’re exactly the kind of person who could totally benefit from what we’re about to tell you. You see, attitude counts for a lot in life, and making little adjustments to yours can pay off. For example, “shutting out the negative chatterbox in your head that criticizes every little
perceived flaw and learning to appreciate your unique beauty is essential to true happiness and real
confidence,” says Susan Jeffers, PhD, author of Life Is Huge. The real shocker: It’s easier than you think.

Your guide to basking in body bravado—even in the buff—and achieving a new level of allure starts here.

“Left to their own devices, many women will focus on negative things about themselves more than the positive,” says Darlene Mininni, PhD, author of The Emotional Tool Kit. If you want to revel in body confidence, turn off that self-critical tape that’s on a loop in your head.

● Quit cracking “jokes” about your bod. “Even casual, half-kidding self-assessments get lodged in your brain as truth,” says Jeffers. Get into the habit of censoring yourself every time you’re about to utter a derogatory comment like “I’ll probably need a minus-A cup for my pancake chest.”

● Put yourself in the hot seat. “When negative beliefs creep into your mind, fight back and challenge each one like a trial lawyer,” says Mininni. If you think, I’ve gained so much weight, ask yourself What evidence is there? Have I had to throw out my old clothes and buy larger sizes? If the answer is no, you’ll have to face the harsh truth—you haven’t packed on the pounds.

● Listen to what those voices are really saying. Insecure thoughts can be deceiving. “They usually occur because you’re feeling powerless or scared in some aspect of your life,” says Los Angeles hypnotherapist Nancy Irwin, PsyD. So when that inner bitch taunts you, ask What’s really bothering me? Maybe you had a spat with your guy or you’re anxious about work. Identify the true source of your angst so you can ditch self-hate and tackle the real issue.

●Look at “I’m a hottie” evidence. Beth, 29*, blasts her body blues by flipping through a photo album she’s filled with the most flattering pictures of herself. “Seeing proof that I am attractive, despite what my mind is saying, makes me feel great about myself again,” she says.

Do you ever burn with self-consciousness when a guy checks you out—even if it’s your boyfriend trying to cop a stare as you make a dash sans clothes to the bathroom? Learn to love being ogled and your sex appeal—and confidence—will go through the roof.

●Step into his headspace. We assume that guys are just as hard on our bodies as we are, but that’s so not true. “Men admire the whole package,” says psychologist Sheenah Hankin, PhD, author
of Complete Confidence. “They don’t pick you apart, and they don’t look longingly if they’re not liking what they see.” So when a babe is feasting his peepers on you in bed, remind yourself that he’s
appreciating the scenery, not cataloging your “flaws.”

● Hang out in your birthday suit. The more time you spend in the buff, the more comfortable you become with your bod. “And more important, it makes you feel less inhibited when you’re with a man too,” says Hankin. Your homework: Sleep naked, watch TV undressed, and when you step out of the shower, wrap that towel around your hair instead of your butt.

● Work it while you walk. “Master a confident stride. It oozes self-assuredness, and nothing’s sexier than that,” says Hankin. To strut your stuff, stand tall, keep your neck long and straight,
roll your shoulders back and down, and let your hands swing at your sides as you put one foot slightly in front of the other (to make sure you get that catwalk hip sashay). And take your time. A slightly languorous pace screams “I’m too hot to be rushed!”

● Flirt your fanny off. When you’re stuck in a social situation where you feel awkward or you think you look like crap, you probably try to blend in with the woodwork—which only makes you feel more like a loser. So conjure up your feminine wiles and try to charm the pants off someone (figuratively, or literally if you want). “Flirting will take your attention away from your self-consciousness,”
says Hankin. “And when the object of your attention flirts back, you’ll feel more attractive and confident.”

Stop Comparing Yourself to the Competition

Bitching about the genetic cards you’ve been dealt, and bemoaning the fact that you don’t measure up to some superhuman bikini model, is a self-destructive waste of time. “Being threatened by other women—and their perceived perfections—makes it tougher for you to appreciate and play up your own assets,” says Irwin.

● Focus on what’s sexy. Ever wonder why a major babe would fall head over heels in love with some far-from-perfect chick? That’s because men (well, most of them) aren’t really interested in a supermodel-perfect partner, as Hillary, 27, discovered at her 10-year high-school reunion. “Steve was voted Cutest Guy in my class, and his fiancée was average-looking at best,” says Hillary.
But as the night wore on, I realized she was super-outgoing, really funny, and actually sexy.” Pay attention to women you find sexy who aren’t classically beautiful—it will teach you to appreciate you own uniqueness.

●Fight your “If only…” cravings. “Too many women think that life would be better if they lost a few pounds or had longer legs,” says Irwin. Well, guess what? Even if you had those things, you’d find something else to complain about. “It never stops because it’s a mind-set, not a real problem. You have to be happy with who you are now.” To kick that wannabe habit, every time you find yourself envying another woman’s assets, stop and acknowledge something that you like about yourself. “You can admire other people’s strengths, as long as it’s not at the expense of seeing
your own,” Irwin says.

● Don’t downgrade other chicks. Surprisingly, harshing on other women’s looks actually hurts your self-image as much as envying them does. “That yardstick you use to judge their so-called
flaws is the same one you use to judge your own,” says Hankin. Getting rid of that rating system will help you cut yourself more slack and really feel good.

It goes something like this: “Do these new espadrilles make my ankles look thick?” “C’mon, my arms look flabby, right?” “Just be straight with me about my huge butt—I can take it.” Enough! Though it might seem like harmless chatter, these queries are insidiously destructive to your self-esteem. You’re just reinforcing unhealthy thoughts,” says Mininni.

● Remember, it’s a big bore. Pay attention when you’re trolling for reassuring feedback and you’ll probably notice some eye-rolling from your audience before you get the same “No, you look great” response. That’s because your humble routine makes you seem self-involved, which is a total
yawn. It’s ironic, but perpetually broadcasting your insecurities can make you appear vain.

● Start accepting your props. When you get a compliment—whether it’s your guy praising your body in bed or a colleague admiring how great your outfit looks on you—skip the bashful rebuttal and try something more radical, like a simple thanks. “If you stop shutting out flattery and start listening to it, what you’re hearing will gradually become your automatic belief,” says Irwin.

Fake It Until You Feel It

You know how some actors become so immersed in their roles that they practically become their characters? Well, taking on a confident, sexy persona can help you feel like a confident, sexy chick. “If you make a conscious effort to act self-assured, eventually you’ll begin to believe it,” says Irwin.

● Lose the loser mannerisms. Folding your arms, slouching, or gnawing on your cuticles is the equivalent of wearing a neon sign that screams “I feel totally out of place!”

● Strike a poised pose. On the other hand, projecting confidence through body language, will make people respond to you more positively, boosting your self-assurance. “Confident people ‘mark their territory,’ ” says Irwin. “So, hold your head high and keep your shoulders back.”

● Get out of your clothing comfort zone. You may think your fat jeans make you feel better when you’re feeling blah, but you’re actually perpetuating that”I’m a whale” mind-set every time you slip them on. “Dressing well reinforces for you that your body is special and deserves nice clothes,” says Hankin. That means trade the schlubby weekend wear for cute body-hugging threads that make you like what you see in the mirror.

● Lay a sexy foundation. The confidence-boosting clothing rule also applies to the duds people don’t see, i.e., your unmentionables. “The garments you wear closest to your skin affect how you feel,” says Hankin. So ditch the granny panties, and make your “special occasion” undies part of your everyday wardrobe. They’ll make you feel so sexy, you might even give your guy a spontaneous
lingerie fashion show.

Do You Feel Sexy and Comfortable In Your Own Skin