Crave This in Your Relationship? 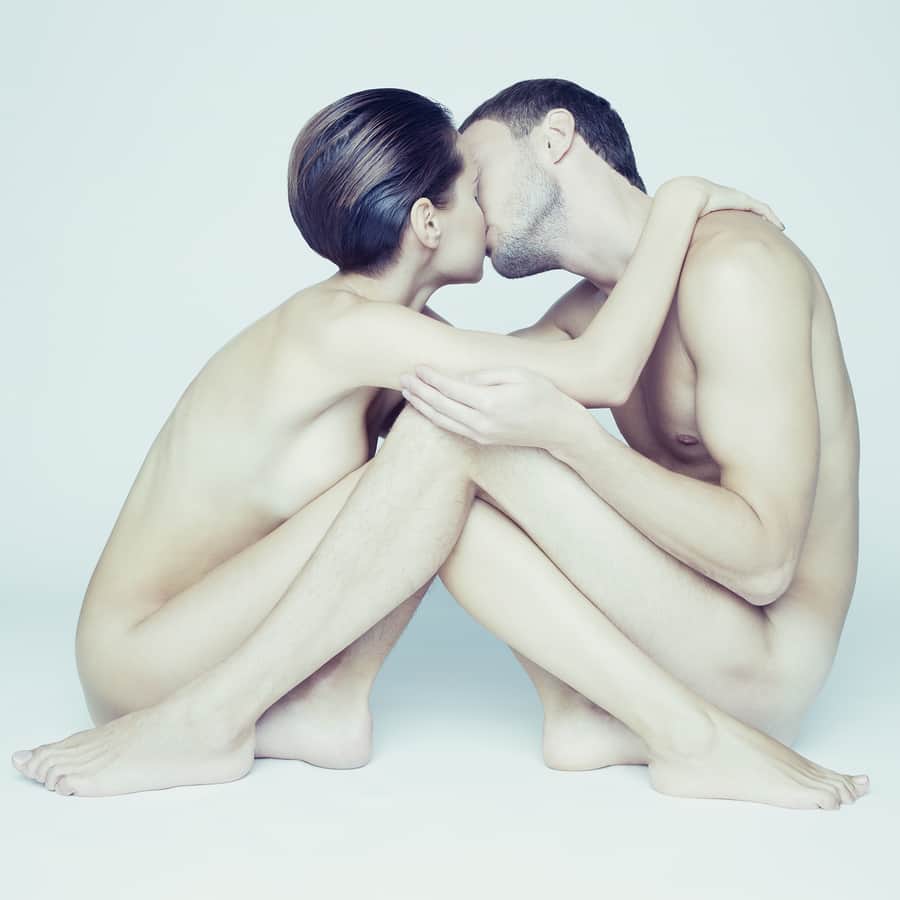 Women feel intimacy and closeness when they talk, touch, and share their thoughts and feelings with a loved one. They are usually more interested in intimacy than in sex of and for itself.

A feeling of intimate closeness takes time to develop. Therefore, women want to take their time with a relationship. They want to go through the stages of getting to know the man, becoming friends, touching, kissing, hugging and showing affection. Eventually they get around to sex when they feel closeness and believe they are in love.

If women typically require closeness and intimacy before they experience “good sex,” does that mean they can’t and won’t have sex before they feel intimate? No, it means that sex is often not satisfying, even when orgasm takes place, without that close feeling.

When some women feel pressure to have sex before they are ready, they think, “This man doesn’t love me for me. He only loves me for what he can get.”

They might even develop resentments toward men in general.

Women are probably even more of a puzzle to men than men are to women. Even though women are important to men, they live in this mysterious other world of menses and babies and rampant emotions and even tears that men can’t or don’t want to understand.

This man who is notoriously poor at figuring out his own feelings is even worse at figuring out the feelings of a woman. Just deciding what a woman wants from him in general is fraught with danger.

Many men see sex, though, as a way to get close to women, and possibly, even a way to please them. The fact that they are usually wrong, of course, doesn’t stop a man from thinking sex can make everything right with his woman. A cure-all of great proportions… “All she needs is a good f___ ,” is a common solution to male – female problems for many men.

One young woman told me that she has to have time before sex to get to know and trust a man. She has to see him in different situations, with different people, and talk to him for hours before she will “allow” herself to even consider sex.

She continued, “One guy I dated pushed so hard for sex, that I gave in before I was ready. But that made sex basically unsatisfying. Even though chemistry was there at first, I lost interest sexually. Once I decided he wasn’t a good lover, I was ready to move on. We never gave real love a chance.”

Another women agreed that time is necessary to feel a real desire for sex. She said, “If a man pushes me to sex too quickly, the relationship rarely gets much further than a few trips to bed. Then they (men) are hurt and can’t understand why I don’t stay in love with them. They don’t get it-I never was in love with them.”

Most women agree that men who push for sex before the woman is ready had better be really good in bed. Unfortunately, this is unlikely to happen.

For whatever reason, women are a diverse group in terms of what produces pleasurable sex. It is a rare man that can be a good lover to a woman without a certain amount of experience with that particular woman.

Women can forgive fumbling, partial or non-existent erections, and premature ejaculations when they are in love. They can even call up a certain acting ability in the name of love. But when love has not been given the time it takes to grow for the woman, she often labels the man a poor lover and the relationship is stillborn in the bedroom.

Some women learn to look at sexual-timing incompatibilities with humor. One lady said, “I used to resent being pushed for sex. Now I get amused at all these guys and their gropings. Most of them end up providing me with a few funny stories to tell my girlfriends. I certainly don’t fall in love with them, but I don’t get mad at them anymore either.”

And still others avoid sex. These women feel if they put themselves in the position to get what they want: affection, touching, and cuddling, they will have to do battle not to have sex.

So some women do without desired affection, particularly in the beginning of a relationship, to avoid pressure to have sex.

Why Women and Men Have Different Sex Timeframes

How can women and men have such different timeframes for the beginning of sex in a relationship? Two reasons stand out:

Age is a leveler

As men and women get older, women usually become more interested in sex for the sake of sex, and most men learn to curb some of their sexual impatience, giving closeness and love a chance to flourish. So, for many single men and women, it can be true: love and sex are both more wonderful the second time around.

Some women felt this was a change for the better. Others saw it as unfavorable.

The Changing Sexual Attitudes and Behaviors of Women

Working outside the home also changed women’s attitudes toward sex.

The Janus Report on Sexual Behavior by Samuel Janus, Ph.D. and Cynthia Janus, M.D., copyright 1993, had some eye-opening observations along this line. They wrote, “Our study has documented many levels of sexual and social changes for both women and men in the early 1990s, but we acknowledge that women’s, not men’s, sexual attitudes and behavior have drastically changed within the past two decades.

“The enormous and ongoing change in women’s social and sex lives has separated women into entirely different groups.”

The Janus’ write, “Work-life and a workplace outside the home have given a new focus to many women’s lifestyles. The innovations transcend income earned or the nature of the work performed; more significantly, they involve a personal sense of identity that sets these women apart.”

They continued, “In the women-C (career women) and the women-H (homemaker women) groups, we found that we had two distinctly different populations, regarding sex life and life-style in general.

“Women who work part-time outside the home offered responses that were almost always between those of the women-C and women-H groups.”

But more interesting still was another observation of The Janus Report, “One of the most striking indications of our data involves the unprecedented levels of agreement between men and women-C (those who work full-time outside of the home), as compared to women-H, who do not work outside of the home at all. New levels of sexual affinity and relatedness can also be observed, in sharp contrast to the stereotypical sexual roles men and women have had assigned to them in the past.”

They concluded, “No longer does the man alone decide the mode of sexual gratification; most often, the couple decides together.”

The sexual revolution was followed by the reality of Herpes and AIDS and the need for safe sex. Many experts predicted a slow down for sex in general and certainly a slow down for those out in the less-safe singles’ world.

Dr. and Dr. Janus found the experts were wrong.

They reported, “Approximately one-quarter of the men (24%) and one-fifth of the women (20%) had much more sex activity. When we combined sex activity.”

They continued, “Perhaps not too surprisingly, the homemakers increased their sexual activity more than the career women did (43% versus 37%). We felt justified in assuming that more homemakers than career women were in ongoing monogamous relationships.”

Certainly a major sexual change has taken place in American society. Assertiveness regarding the “when, where, and why” of sex rather than passive acquiescence to sex is now a prerogative exercised by many American women.

If the Janus’ observations are accurate, much of this sexual change was brought about by women taking jobs outside the home and acquiring a heightened sense of personal identity.

Crave This in Your Relationship?