Communication and the Science of How We Bond 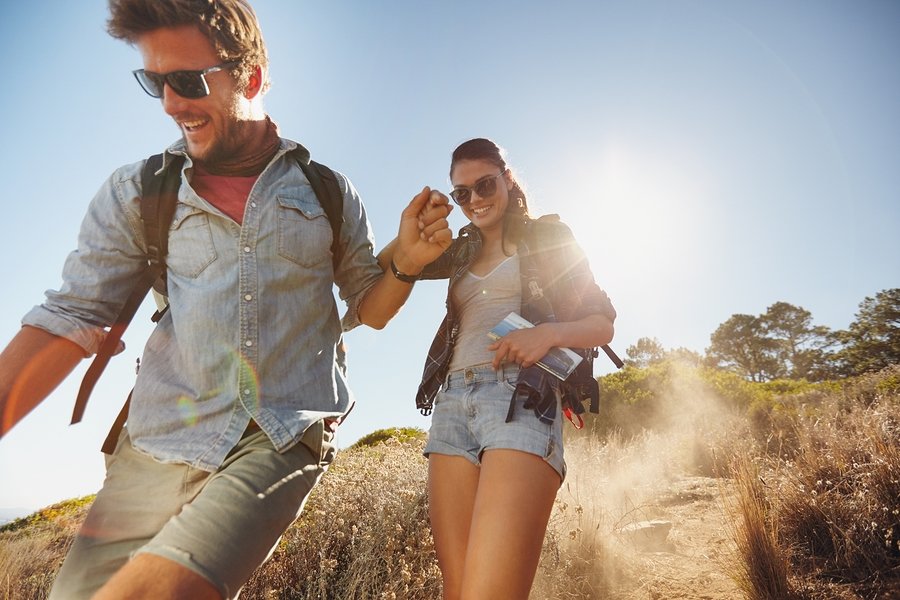 My mentor Professor Garth Fletcher has a new book out, co-written with three of the other smartest minds in relationships research. It’s called The Science of Intimate Relationships, and is an essential read for budding relationships experts.

As a preview of what’s in the book, I sat down with Garth to ask him six big questions about relationships science.

Alice: How big a deal is good communication in relationships?

Professor Fletcher: A very big deal indeed. That said, unpacking the nature of “good” communication is a major scientific challenge. What do you do, for example, if your partner, yet again, treats the floor as a closet or fails to pick up the bath mat. One popular model – the honest communication model – suggests that you should openly express your negative feelings, otherwise the problem will continue to simmer and corrode the relationship. Conversely, the equally popular good management model posits that regularly expressing your negative feelings and thoughts has corrosive effects on the relationship and you should perhaps stifle your negative feelings and learn to live with the problem, or drop some diplomatic hints.

After a lot of research, the general answer emerging – too messy and complex to sell many self-help books – is that the worst thing to do is to adopt one approach as an automatic default option. Instead the best communicators flexibly and intelligently alter their strategies depending on the context, the nature of the problem, their partner’s peccadilloes, and so forth.

For example, research by Nickola Overall at Auckland University suggests that being honest and direct (without indulging in character assignation) is effective in getting your partner to change his or her ways, whereas adopting a soft approach (dropping diplomatic hints about the bathmat) is likely to leave your partner blithely unaware of the problem or dismiss its importance.

Alice: Just how different are men and women when it comes to relationships?

Professor Fletcher: Arguments about sex differences often involve debates about evolutionary psychology. First, a tremendous amount of evidence has shown that men and women are different in some basic ways in relationships. Take three examples.

1. Men are more interested in casual sex than women.

2. Men are less focused on status and resources in selecting mates than women, and

3. Women are more expert and motivated relationship managers than men.

All these sex differences (found around the world) can be explained as a function of the differing levels of investment the sexes contribute to bearing and raising children (a theory developed by Robert Trivers in 1972 – termed parental investment theory – based on sexual selection theory proposed by Darwin).

Second, the behavior and attitudes of both men and women (and the magnitude of the associated sex differences) can change substantially as a function of the culture and the context. I will give two examples.

(b) In speed dating studies, women are generally choosier than men – a lot choosier! However, women who are less attractive are less choosy (they decide to make further contact more often), especially when there are more attractive women in their speed-dating group.

Alice: Do we know what causes relationships to break-up?

For both dating and marital relationships, a bunch of socio-demographic factors are linked to higher levels of dissolution (e.g., low income, low religiosity, unemployment), some personality factors (e.g., being neurotic, attachment avoidance), and a slew of factors linked to the nature of the relationship (e.g.,infidelity, violence, poor communication, negative attitudes to the partner, poor support).

Relationship interaction and communication have large effects over and above what individuals bring with them into a relationship. The figure bandied round the zeitgeist for the odds of marriages ending in divorce is 50%. Actually, the only countries that even approach this figure are Belgium and the USA, and the divorce rate in the US seems to have been coming down lately.

In other western countries like New Zealand, Australia, Canada, and the UK, the divorce rate is closer to 35%. I am constantly struck by the high proportion of marriages that go the course in modern, western settings, given the relatively recent introduction of no-fault legislation, the more relaxed norms concerning divorce, and the increasing economic independence of women. Humans are truly a pair-bonding species.

Alice: Attachment theory and ideas developed by John Bowlby have had a huge impact on relationship therapy and our understanding of romantic relationships. But do our childhood experiences really determine what happens in our adult relationships?

Professor Fletcher: Bowlby has had a huge impact on the field for sure, and it shows no signs of dissipating.  I think one major reason is that Bowlby developed his theory by trolling though the scientific literature across many fields including computer science, ethology, evolutionary biology, and developmental psychology.

He was able to combine this with his own clinical experience to nail down some of the crucial features of the attachment system, with the help of Mary Ainsworth, (a student of Bowlby’s) who developed the famous lab-strange situation. In this set-up infants were left by their mothers briefly (in one condition with a stranger present) and their behavior was observed both in this situation and when their mother returned.

The big bang of adult attachment work was provided by Cindy Hazan and Phil Shaver in 1987, who reported that the percentages of people reporting being secure (56%)  avoidant (25%) or anxious (19%) in their romantic relationships were similar those reported by Ainsworth in her observations of infants in the lab strange situation. Well over 1500 studies on adult attachment have been reported since 1987, so I won’t attempt a review here. However, let me give two bottom-line conclusions.

Alice: There is a lot of controversy about the role of evolution in the way romance and relationships work. What is your take on this?”

Professor Fletcher: Well, the controversy is probably played up in the media, but it is true that some if not many psychologists remain skeptical about the value of an evolutionary approach to intimate relationships. However, humans are the products of evolution, and the fulcrum of Darwinian evolution is sexual reproduction. Thus, it is hardly surprising that there is a tight connection between human nature and human mating and family life.

There is considerable evidence, for example, that romantic love between adults is an evolved device for producing the kind of powerful commitment required for parents to stay together for many years, thus facilitating the enormous investment required for the care, provisioning, teaching, and protection of offspring across the relatively stretched childhood and adolescence of modern humans. However, as I said before, an evolutionary approach only goes so far.

The powerful roles of culture and the interpersonal context also need to be taken into account. But these forces do not operate in some either/or fashion. Humans have evolved as cultural animals, born to be shaped and to learn from our cultural heritage. Moreover, the fact that culture and context bend behavior around does not negate the power of our evolutionary heritage. Indeed, there is considerable evidence that evolution builds in behavioral flexibility to many species, probably reaching its zenith in modern humans.

Alice: Where is the scientific study of romantic relationships going?

Professor Fletcher: The scientific study of romance and love really got going from about 1980 onwards. Evolutionary psychologists picked up from where Darwin left off, and started investigating mate selection in humans. Social and clinical psychologists started to intensely study interaction in intimate relationships, and adapted John Bowlby’s influential work on childhood attachment to study adult attachment in romantic relationships. Anthropologists increasingly began studying love, mating, and family life around the world. Neuroscientists began using brain imaging to study love and the brain. And, the study of human sexuality started to go well beyond Alfred Kinsey’s landmark studies in the 1950’s.

The problem is that scientists in these disciplines in the past pretty much worked in independent silos, publishing in their specialist journals and talking to one another at their own conferences. Fortunately this is now changing, with interdisciplinary work across scientific fields becoming more common. Our recent textbook (The Science of Intimate Relationships (link is external)) exemplifies this trend, by integrating research and theories across scientific domains. One bottom line emerging from this book is that adopting an interdisciplinary approach to understanding how intimate relationships work provides a wonderfully unique window into our understanding of human nature.

Communication and the Science of How We Bond