Breaking through Body Issues with Burlesque 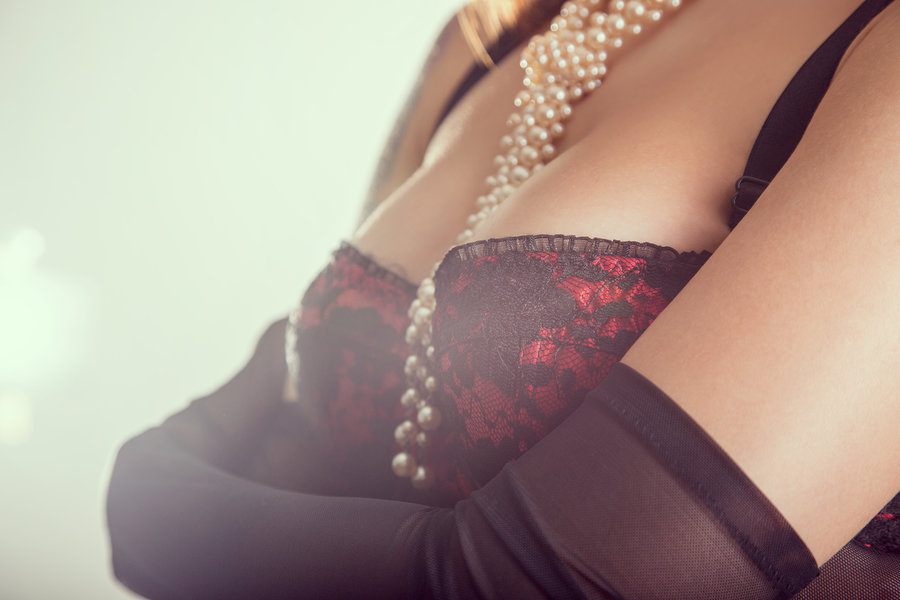 That was what I said in 2004, during a radio interview in Dayton, Ohio.  I had never seen a burlesque show, knew nothing of the history, and just formed my opinions based on hater’s logic.  I knew that my husband, whom I’d grown to distrust in the 2 years that we’d been married (we were still in a getting-to-know-you period, since we ran to Vegas and hitched up 3 months after meeting – a mistake which I will fully dissect in another article entirely), was into the burlesque/pin-up style of girl, so I felt threatened by it.

See, I was more hardcore, I used my sexuality as a defense, my in-your-face promiscuity was how I proved that I was okay, that I was a confident, sexually liberated woman who didn’t give a fuck what anyone thought.  I figured that if I was sexual, I was sexy, and that there was no value in subtlety and nuance.  I didn’t understand how that was hot, I had no use for the tease.  There was no mystery with me, I thought that being aggressively sexual was the most direct way to get the validation that I needed to convince myself that I was strong and desirable, much easier than dealing with the issues that caused the doubt, shame, and fear that I denied having, as though I could fuck the past trauma out of my head.  But enough about the inner workings of my messy head, which I could go on about for days, back to burlesque!

Cut to October 2006.  I’d just left my husband and I’d never felt less desirable.  Over the course of our 4 year marriage, codependency had unwittingly turned me into his mommy-wife, and my usual methods of swimming in a sea of meaningless sex until I felt better wasn’t working, because I didn’t even have enough self-esteem left to lock down a random drunken one-night stand, previously my specialty.  I was looking through a community class catalogue, saw the listing for a burlesque dance class, and decided to take the class out of vindictive bitterness towards my ex.  Whatever means to an end though, right?

I fell in love immediately.  I wasn’t some peeler prodigy, I was ungraceful and had to fight feeling silly to make my body move the way I was being taught.  But no one made fun of me, no one was a star, or a bitch, or a diva.  There was a camaraderie among us, I felt like one of the group, not the weirdo loner, which was my usual role in any group of women.  There really were women of all shapes, sizes and backgrounds.  It was so refreshing to be in this supportive, fun environment, so I kept coming back, week after week, gaining more confidence with each class.  I practiced at home, and actually felt cute doing it.  Our teacher announced that we would have a show at the end of the session, so we’d all need to choose stage names, and songs for our solos.

Solo?  No.  I was okay with the group number, I could hide among my new friends and go unnoticed, I wouldn’t have my clunkiness and chunkiness on focused display.  But a solo?  Alone onstage, without my security blankets, nothing else to look at but me.  That was terrifying.  My words are my strong suit, comedy was my wheelhouse, not dancing sexily and silently, but everyone else was rising to the challenge, all these women who had the exact same amount of training and inexperience, we’d been in this together so far, so I had to do it.  I figured that if it went really badly, I never had to do it again, and could pretty easily avoid anyone who’d seen the debacle.  If I tanked, I could write jokes about it, and good or bad, I’d get something useful out of it.  So I went for it, choosing “Little Red Riding Hood” by the Meteors as the soundtrack to my anxiety.  I choreographed my novice moves, rehearsing in front of friends, asking my best friend, Justin, (who had extensive dance experience from doing theater in high school, as well as being gay) for extra help.  We smoked joints and practiced box-stepping, straddling chairs, making stage faces, and cobbled together my costume. 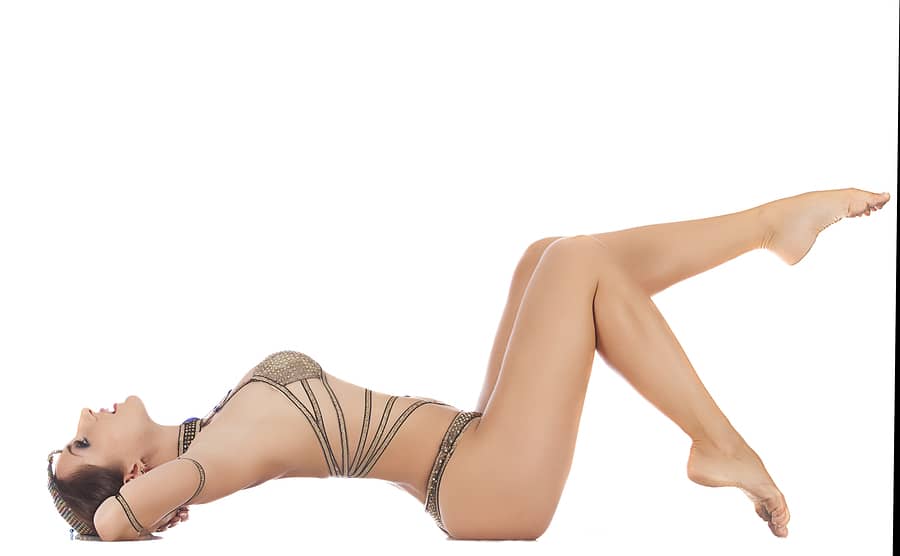 The night of the show seemed so far in the future, until it was 2 days away.  That’s when time started really flying.  I felt alternately excited and death-row-dreadful.  I’d been a professional performer for over a decade, and had NEVER felt anything close to these nerves.  Admitting my body issues to myself was unavoidable, because all my fears boiled down to them.  If I messed up my moves, I couldn’t rely on my standup to save me, nor could I be content that the audience would be mesmerized by just viewing the natural grace and beauty of my body, because I didn’t feel I had any of that.  I wasn’t what I thought of when I thought about what a stripper looked like.  Strippers were tight and compact, I was fleshy and spread out.  I figured that my physicality was not what attracted any of the men I’d managed to land.   My worst fears were of the audience looking away, or even heckling, when I exposed my unappreciated body.  I imagined some douchebag yelling “Put it on!!”, and the crowd laughing at me, not with me.  I readied myself for this, for what I knew logically to be an unlikely event, but felt emotionally convinced would come to pass.

The night of the show, my hands were shaking too much to put on my own huge, campy false eyelashes.  First was the group number, and it went well, though I was so deep in my own head about my upcoming shimmy to the gallows, that I barely noticed the energy and excitement of the crowd.  I changed costumes too fast, gave myself too much unoccupied time with which to freak out, and then…IT WAS TIME.

I heard my name, and felt my feet move me to the stage.  My body started going through the motions, and I was able to focus on that.  The moment of truth arrived, it was time to drop my skirt (more specifically, to slowly rip apart the velcro, tease with a bit of upper thigh/hip, turn around, slowly lower the skirt to ass-framing level, then drop it).  I don’t think I was even breathing.  Then came the noise.  The loud, loud noise.  The sound of people cheering, clapping, screaming, whistling, all of it hit me in the face at once, and I fed off of it like it was what I’d eaten my whole life.  I didn’t use my manufactured smile once.  Everything came off perfectly, and I finished and went backstage shaking from the adrenaline and emotional release, drowning in all the positive feedback.  I’ve never felt a sense of pride and accomplishment like that before, not even the first time I did standup.  It felt like a victory on multiple fields, and I celebrated it all night long (and I mean ALL NIGHT LONG, as I had found enough self-confidence from the evening to land the attention of a gentleman caller who was super hot, super complimentary, and even bought brunch the next day).

Over the next 9 years, I delved pretty deeply into burlesque, developing my own style of spoken-word stripteases, producing shows, running a troupe, performing in festivals, traveling the country (and beyond, I was honored to be a headlining performer and emcee of the first New Zealand Burlesque Fest) and even teaching, which was my favorite part of it all.  I felt better about myself the more I helped other women feel better about themselves, not just showcasing my own bravery in refuting the societal norms of acceptable beauty, but ushering other women into their own.  Helping along this revolution of self-acceptance truly healed me.  And all without a women’s studies degree.

Breaking through Body Issues with Burlesque