What All Successful Couples Have In Common 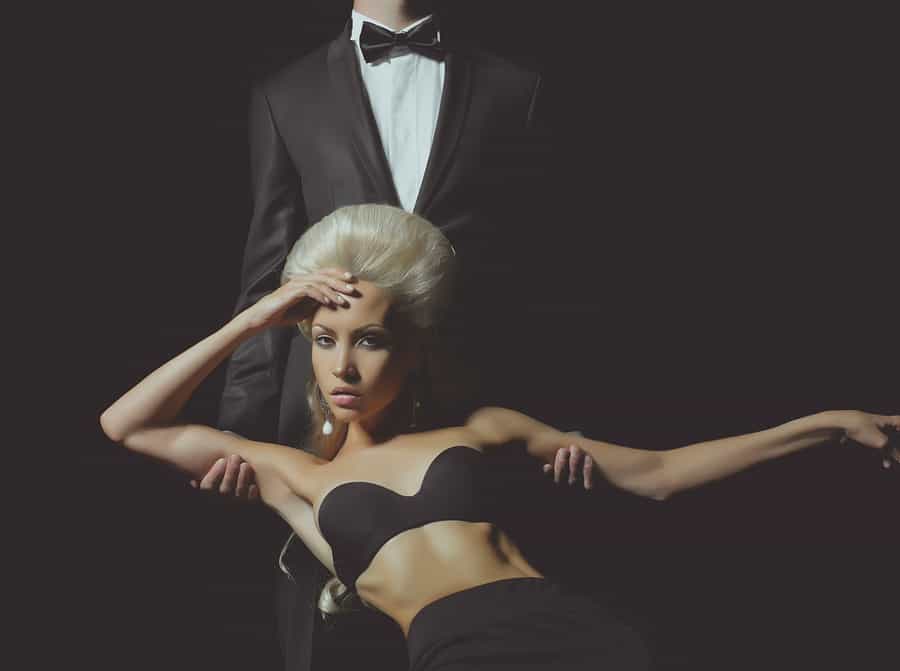 Do you have these traits in your relationship?

Marriage is hard work, whether you’ve been together for just two months or 20 years. No couple jumps the broom, breaks the glass or ties the knot without genuine hopes for happily ever after, right? But every couple inevitably has issues beneath the surface—it’s how they handle these obstacles that are the telltale signs of success. We tapped a few top marriage therapists to help us identify the common denominators among couples with healthy, enduring relationships. After all, what are the ingredients for long-lasting love?

Occasional disagreements and “fighting fair” are not necessarily signs that a relationship is falling apart. “There is good data showing arguments are OK,” says psychologist Kristen Carpenter, PhD, Director of Women’s Behavioral Health at Ohio State’s Wexner Medical Center. “As long as you have positive interactions to offset them, you’re fine. These might include good discussions, date nights, affection or gratitude. Every couple is different, but arguments are definitely OK.”

In fact, arguments can actually be effective if they’re productive. By simply bottling up feelings, you’re creating a recipe for resentment and hostility, which can destroy a marriage.

So, how do you fight right? “Couples need to be able to identify and communicate their needs,” Dr. Carpenter says. “The minute one thinks, ‘He should know what I need,’ you’re setting yourself up for failure and disappointment.” No. One. Reads. Minds. Don’t lose sight of that.

Just as much as you want to vocalize your own wants and needs, it’s imperative to hear the other person out, says marriage therapist Carin Goldstein, LMFT. “One of the biggest things that gets in the way of problem-solving is when a couple does not want to listen to each other,” she explains. “They do not hear each other, and they do not want to understand.”

If you’re struggling with this, Goldstein says the following re-framing exercise will help. “You effectively listen by repeating back what you’re taking away,” she says. “So, say to your partner, ‘What I’m hearing you say is that, when I do X, Y or Z, you feel attacked.‘” That way, you get temperature checks along the way, rather than barreling down a course of misunderstanding. If you want to be heard, you have to listen to your partner’s needs as well.

They absorb emotions without negativity.

If two partners are both negative nellies, Goldstein admits she wonders if they’ll be able to make it through the tough times. “Successful couples use positive language; couples that I really struggle with generally have a lot of criticism [in conversation],” says Goldstein. “It comes from such a deep place of contempt, where the other person does not feel valued or heard.”

To counter negativity, Goldstein has these couples consistently practice using positive language. “I have them start a conversation by saying what they genuinely appreciate about each other,” she says. “They also need to learn to listen to their spouse’s feelings without getting defensive. Emotions aren’t necessarily there to be rationalized. Sometimes, they just need to be expressed without interruption.”

Goldstein says, ultimately, the couples that succeed long-term are extremely adaptable. “I’ll have couples come into my office, and they are unwilling to compromise,” she says. “Sometimes I’ll tell them, if they’re not willing to compromise, they shouldn’t come back. It is impossible to be in any relationship without the ability to change and accommodate your partner.”

Remember, no one person is right or wrong, Goldstein says. It’s never black and white; there’s always a middle ground, and lasting couples put in the time to find that place where both can coexist comfortably.

They savor their time together (and apart).

Relationships take work—and more importantly, perhaps, they take time, says Carpenter. “This means staying in touch and protecting your time together,” she explains. “It looks different for every couple. For some, it’s texting throughout the day; for others, it’s a quick phone call at lunch. It might be a week-long getaway once a year, one movie night a week, a date night every so often or just 15 minutes of cuddling a day.”

No doubt you’re being pulled in a hundred different directions, thanks to work, family and friends. But value your time with your partner by making sure your time together doesn’t keep slipping down the totem pole.

Carpenter adds that you need to find what works for you—and “if you’re feeling off, maybe it’s not enough time together and you should address it,” she says. “Or maybe you’re not taking enough time for you. It’s impossible to be your best self in a relationship if you’re not your best self on your own. Sometimes, it makes sense to take a step back and look inward.”

So if it’s getting a little too close for comfort: take that solo spa trip, or make dates to decompress with your girls. Your marriage will probably be a whole lot healthier (and you’ll both be happier) when you rejoin forces.

What All Successful Couples Have In Common