9 Wordless Ways Someone Says, “I Love You” 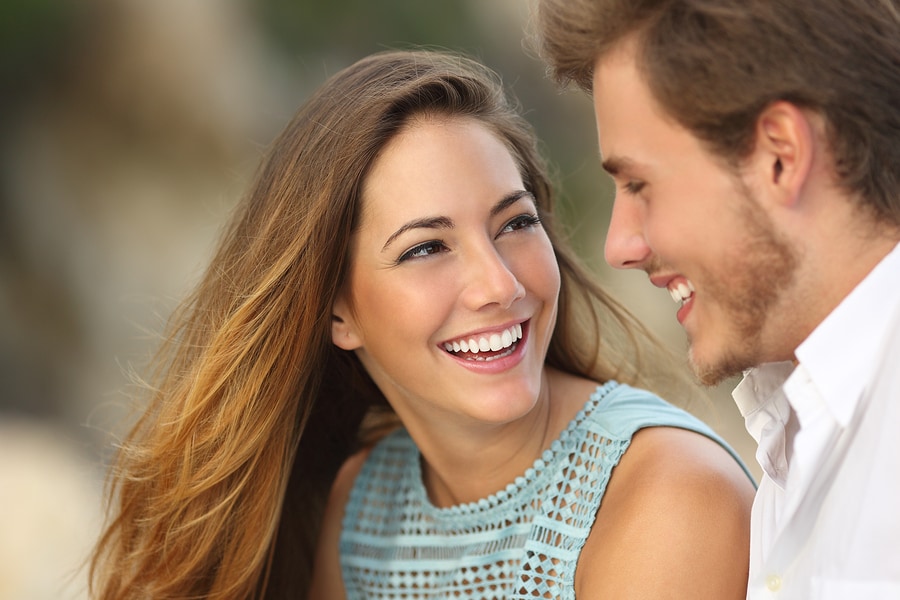 Longing to hear, “I love you” from someone special? Try watching his or her body language instead. Some 60 to 90 percent of the meaning of our communication is delivered nonverbally — and in romantic situations, this jumps to 99 percent, says anthropologist David Givens, director of the Center for Nonverbal Studies in Spokane, Washington, and author of Love Signals.

“When it comes to emotions, our bodies do the talking more than words,” Givens says.

Here are nine surprising (and wordless) ways the body telegraphs, “I love you.”

Who knew the shoulders were one of the more expressive parts of the body? Thanks to their rounded shape, smooth skin, and ability to move — shrugging, lifting, rolling — the shoulders are able to convey emotional nuances remarkably well, Givens says. Rolling a shoulder, in particular, reads as a gesture of affection or flirtatiousness.

Unlike some other large muscles, the upper trapezius has special “gut reactive” visceral nerves that are sensitive to your emotions. (Think about how your shoulders sag in defeat and shake when you cry.) The biceps, as a contrasting example, rely on somatic nerves, which help those muscles do intentional tasks, like lift weights. “The biceps aren’t very emotionally expressive,” Givens notes.

(Ladies, try a sleeveless top on that big date to help your shoulders do the talking.)

You splay your right fingers around your coffee cup; so does he. You take a sip; he takes a sip. Anthropologists call this synchrony of actions “isopraxism” (iso being Greek for “same” andpraxism meaning “behavior”). Couples tend to do this unconsciously as they fall in love; their bodies can’t help themselves.

Mirroring behaviors are a strong element in the courtship rituals of all animals that use courtship, Givens says. A female mallard hen, for example, swims close to her male target and bobs her heads in the water until he copies her, and they do this back and forth until they mate. The behavior demonstrates that neither is threatening to the other, allowing them to get closer.

“The more alike you are, the more you like each other,” Givens says. “It strengthens your bond.” 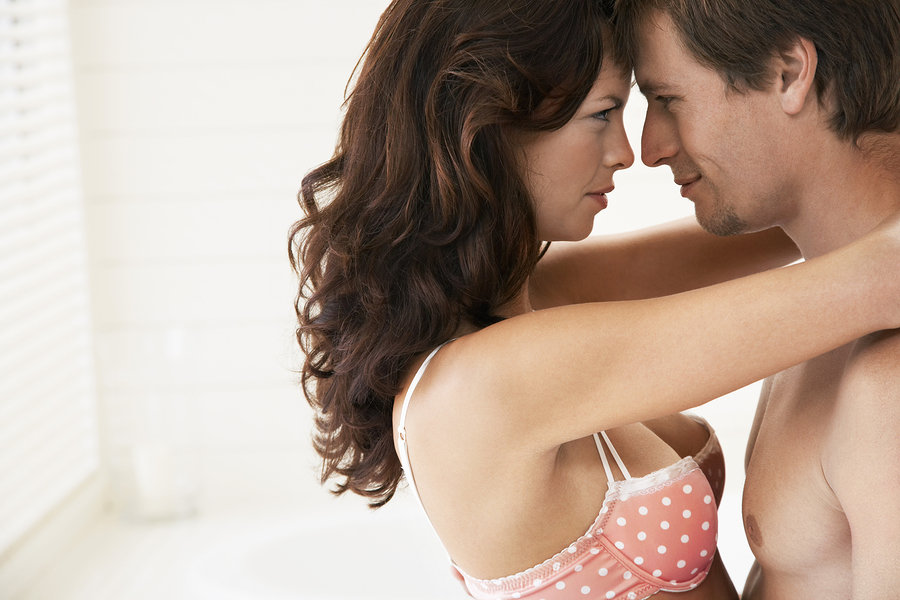 If an object of attraction gazes deep into your eyes, your heart just may skip a beat. Eye contact is a potent emotional link — in ordinary circumstances, both parties feel a strong urge to break a gaze after three seconds. (People make less eye contact when they dislike each other, feel intimidated, or disagree.)

But if you like someone, you tend to hold the gaze for an extra few beats without even being aware of it. This says, “I’m really, really interested in you.”

Like most of the nonverbal communications that express love to other adults, the tendency to gaze long and hard at a beloved is rooted in the caring ways that parents treat children, Givens says. Mothers tend to gaze longer at babies than adults because they’re so interested in them and need to be attentive to them; in this way we grow up associating a long gaze with love.

Does your loved one move in close to you — maybe your hips touch when you sit side by side, or your knees knock into his or hers when you sit across from each other?

“Reducing the distance between you and the other person is a strong way our bodies send a message of love,” says Jamie Comstock, a professor of communication at Butler University in Indianapolis.

Someone in love almost can’t help the urge to be physically near his or her object of affection. When you’re drawn to someone, it’s almost literal: Often the body knows the attraction before any words of love have been exchanged, Comstock says.

When you’re talking, watch your listener. Does he or she cock his or her head, either to the left or right? In a friendship, a tilted head fosters rapport. In courtship, it reads as flirtatiousness.

Leaning the head toward the shoulder connotes harmlessness and submissiveness, the Center for Nonverbal Studies’ David Givens says, which makes the relationship “softer.” As with the shoulder muscles, the muscles involved in tilting the head are controlled by visceral nerves, which are equipped to reflect emotion. A tilted head is a gesture that adds warmth and immediacy to the dialogue between you. Subtle? Yes. But like many aspects of body language, these cues speak volumes about the relationship. 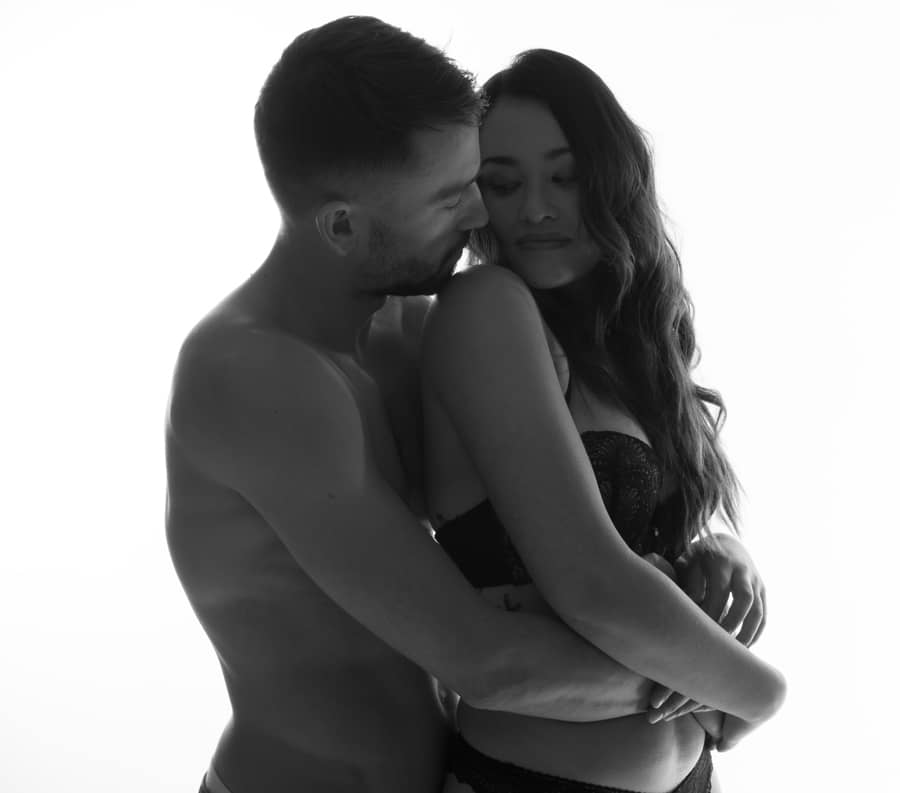 Being lightly, casually touched — on your shoulder, your forearm, the back of your neck, a little side hug — instantly registers in the brain as warmth and reassurance.

The emotional centers of the brain register touch more quickly than messages that come through the language center, Givens says. The touch doesn’t have to be long to register as warm and reassuring. (This kind of touch is different from having breasts or genitals touched in a nonsexual situation, which sends a confusing message rather than a simple “I love you.”)

“The presence of touch is a sign of affection because it sends a message of inclusion: I want to be closer to you,” says Butler University’s Jamie Comstock. “You can say, ‘I love you’ 30 times a day, but if you only touch the person minimally — rarely hug, kiss, or show appropriate physical affection — that ‘I love you’ will ring pretty hollow to him or her,” she says.

Best of all, touching is a shared message: “The fingertips are extremely sensitive to touch, so you get a good message right back,” Givens says.

Is she batting her eyelashes at you? Does he look especially vulnerable and cute — because he’s blinking? The normal rate of eye blinking in humans is 20 times a minute. Faster blinking indicates emotional stress — such as when the person is attracted.

“We blink faster when excited because eyelid movements reflect bodily arousal levels established by the brain stem’s reticular activating system (RAS),” Givens says. The result: a chain reaction. Emotions from the limbic system stimulate the RAS to act on the brain to release the chemical dopamine in a part of the midbrain connected to the eyes.

A warning about reading the right message into this signal, though: A faster blink rate is also triggered when the speaker is lying.

Smiles warm our hearts — but not any old smile is a sign of affection. What to look for: a genuine smile (called a “zygomatic smile”), the kind that can’t easily be faked because it’s produced not on demand but by pure emotion. In heartfelt smiles, the zygomaticus muscles are strongly contracted, so that corners of the mouth curve upward and the outer corners of the eyes wrinkle into crow’s feet. Pay attention to the eyes: In a genuine smile, they tend to be crinkled more tightly.

The face is more expressive than any other part of the body because all facial muscles are controlled by visceral nerves, which are connected to emotions. Some people say they can see their dog or cat smile, but these animals have little facial flexibility compared with our evolutionary kin the primates, who developed this ability in order to communicate. Reptiles, in comparison, can’t move their features at all, save to open their mouths.

Love sign #9: A higher-pitched and softer voice than usual

Notice how a parent talks to a child: The voice takes on a slightly higher, warmer tone — not loud, no edge to it. This same love-infused relationship is the model for the tone that people in love use. It’s a softer pitch than usual. “It’s innately friendly,” Given says, “and suggests a nonaggressive, nonhostile pose.”

That doesn’t mean that if your crush isn’t speaking to you in baby talk or falsetto, he or she doesn’t love you. The tone of a voice in love isn’t that exaggerated. It’s simply more loving.

The tone of voice is so important — and so revealing — because we “hear” the way words are delivered separately from how we process the words themselves. Tone of voice carries both emotion (love, hate, anger) and social information (sarcasm, superiority).

In fact, humans are so good at reading voices that you should probably trust what you hear in the tone more than the words themselves — especially when that “I love you” rolls off the tongue of the object of your affection. Comstock says, “When there’s a discrepancy between the words and the tone” — whether it’s detached, monotonal, defensive, sarcastic — “people believe the nonverbal.”

9 Wordless Ways Someone Says, “I Love You”