8 Steps to Having the Best Sex Conversation Ever 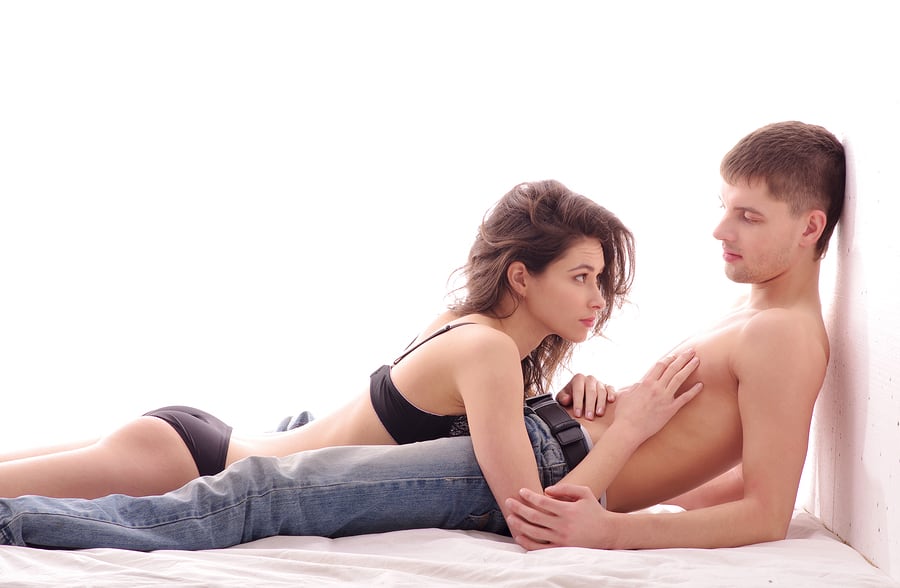 Do you have a healthy sex conversation with your partner? Discuss them under the sheets for more excitement.

It goes without saying that you’d like to enjoy making love to your partner; yet, nearly every other aspect of sex calls for a chat. Here’s why: Couples who discuss tricky topics effectively are 10 times more likely to have a happy relationship than those who ignore difficult subjects, according to a study by Joseph Grenny, co-author of Crucial Conversations. “A handful of conversations make the biggest difference in the strength and duration of a relationship,” says Grenny. “Talking about sexual intimacy tops that small list.” Read on for eight issues to broach and how to approach them so you can move on to more interesting things.

1. Limits. Unless you want to end up in a “50 Shades of OMG what are you doing?” situation, discuss boundaries. “While it’s possible to have a good experience trying something new with no communication, it’s also possible to have a big fail,” says Carol Queen, PhD, Staff Sexologist for Good Vibrations, an online sex toy shop. Determine what kinds of play you’re OK with before someone pulls out handcuffs. Also, choose a safe word, one unrelated to sex either of you can say to halt what’s happening. To start the limits conversation, exchange one idea each about something you’d like to experience. “Worst case: Your move stays a fantasy. Best case: There are two new options on your sexual menu,” says Dr. Queen.

3. Dysfunction. Failure to launch and premature party ending are touchy subjects. “Most guys don’t want to talk about it while in bed,” says Joel D. Block, PhD, author of Do It My Way. So instead, “ask him to pleasure you—it takes the tension away from his difficulty.” If you have the issue, say, dryness, Dr. Block suggests saying, “I love when you go more slowly” or “I need more foreplay to get me started.” If dysfunction happens repeatedly, acknowledge the problem outside of the bedroom. “You could say, ‘If I’m feeling pressured it works against me, but know that I’m OK. We’ll get past this.” If he elaborates, cool. If not, drop the issue knowing you’ve at least mentioned it in a sensitive, supportive manner.

4. Safety. “It doesn’t matter how many sex partners each of you has had,” points out Dr. Queen. “HPV and other bugs hitch a ride on human genitals, just as the common cold goes for your nose and throat.” It’s best to talk about this matter-of-factly before you have sex for the first time. Try: “This is what I do for birth control” and “These are my standards for safe sex.” “It’s your body, and some conditions are forever—including unplanned offspring,” adds Dr. Queen.

5. Exclusivity. Don’t assume. “If you don’t come to a clear verbal agreement and think, ‘he couldn’t be with someone else,’ you’re lying to yourself,” says Laurie Puhn, couples mediator, author and creator of the nationwide course Fight Less, Love More. “Many women prefer to assume exclusivity because they’re afraid the guy won’t agree to it.” In that case, you should know and make an informed decision about whether to have sex. How do you get into that topic gracefully? “You should both feel comfortable, perhaps in one of your homes or in a dimly lit lounge,” says Puhn. “Just don’t talk about it when either of you has had more than one drink.”

6. Timing. Are you in the mood now? What about now? “If one person is raring to go and the other gives compliance sex,’ it will not only fail to be physically gratifying but also to produce emotional connection,” says Grenny. It’s better to talk about not wanting sex, but how do you say “no” without it sounding like “never”? “Touch your mate, smile and suggest another time,” says Puhn. “This says I love you and want to be intimate, but not tonight.” Be sure to follow through on the follow-up appointment.

7. Feedback. Discuss what turns you on—and what doesn’t—as unnatural as it may feel. “Our partners aren’t mind readers,” explains Dr. Queen, who suggests starting with, “There are things I think about, sexually, that I never mention.” From there, a general “Can we talk about this more?” usually does the trick. During the act, “maneuver into position and make sounds of pleasure to encourage your partner toward a certain behavior,” says Dr. Block. “Men appreciate these nonverbal prompts.” They also respond well to comments that are about you, rather than about him. So instead of “do this,” try, “When you do this, it’s hot for me.”

8. Planning. This may sound utterly unromantic, but couples should talk about how to fit sex into their busy schedules. “Americans have intercourse an average of a bit more than once a week,” says Dr. Block. “But it’s quality, not quantity that counts.” Dr. Block suggests deciding how much is mutually acceptable, and whether that includes quiet sex while visiting relatives and unexpected quickies.If one of you is a morning sex person and the other an evening sex person, “calendar a compromise: a weekend afternoon delight or an after-work assignation,” says Dr. Queen.

8 Steps to Having the Best Sex Conversation Ever