8 Organic Couples Habits In and Out of the Bedroom

There’s no cookie cutter formula for the perfect relationship. But research does show that a combination of both big and little things—from doing yoga together to sharing meals prepared with organic ingredients—helps maintain happier, more satisfying partnerships.

Here are the mindful habits that connected couples rely on. 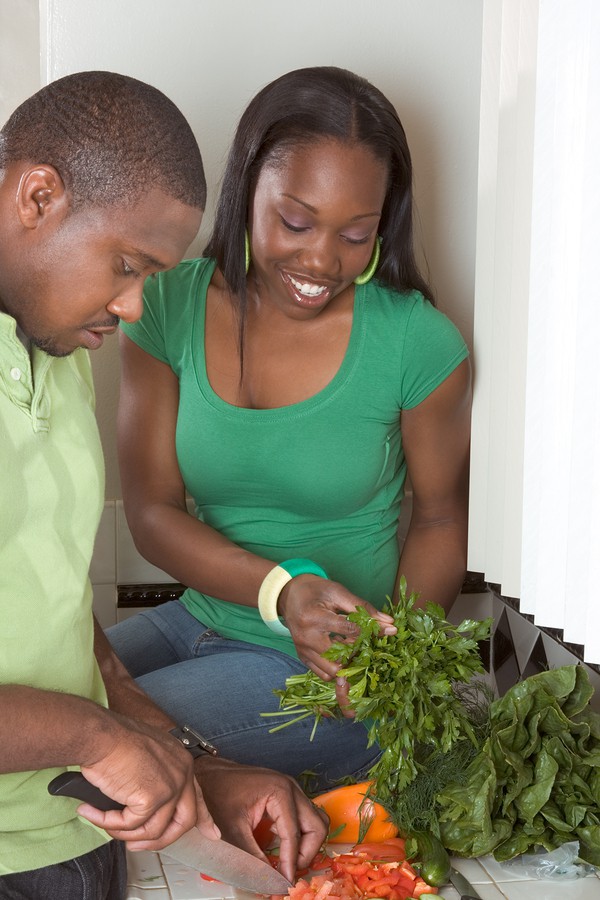 1. They Do Yoga Together
You can probably think of more romantic things than sweating it out in a vinyasa class. But making a date to do yoga or go on a hike through the forest with your partner can bring about worthwhile results in a relationship. The buddy system will not only help inspire you, but it will create a feeling of synchronicity between partners, highlighting a shared passion and common goals. Bonus: Working out together has been proven to help you burn more calories and possibly even spice things up in the bedroom.

2. They’re Open About What Goes On Between The (Bamboo) Sheets
It’s not just about the monkey business that happens in the bedroom. A study published in the Journal of Social and Personal Relationships concluded that young, monogamous couples—especially the males of these couples—reported both more sexual satisfaction and overall satisfaction with their relationship when they talked openly about bedroom preferences with their partners—right down to what kind of natural linens they like. Getting over fears or anxieties related to sexual disclosure and revealing more may lead couples to a higher level of intimacy.

3. They Stress Less
According to UC Berkeley researchers who tracked conversations between 154 married couples, those who used the words “we,” “our,” and “us” more than “I,” “me,” and “you” reported being more satisfied and showed fewer signs of stress. Strike a healthy balance between individuality and togetherness—whether that be spending an afternoon harvesting backyard tomatoes or engaging with neighbors while volunteering together at the community garden—and you’re one step closer to a strong, lasting bond.

4. They Understand The Value Of Sharing Homemade Meals At The Table
It may sound silly, but get this: A survey of newlyweds conducted by a mattress retailer found that a partner eating in bed tied with snoring as the number one pet peeve distracting couples from bedded bliss. It turns out that conflicting meal etiquette and discord over whether or not to use organic, GMO-free ingredients can lead to a crummy night’s sleep. A UC Berkeley study found that poor sleep can turn lovers into fighters. Even one rough night of sleep can have a negative impact on spouse interactions, causing more discord between couples, poorer conflict resolution, and decreased ability to gauge one another’s emotions the next day.

5. They Give Constructive Feedback About Each Other’s Healthy Habits
Experts have theorized that, in the most contented pairs, the magic ratio may be five positive feelings, efforts, or exchanges for every one negative, such as complaints or criticisms. For example, share what organic habits you like (the new all-natural soap in the bathroom) when telling your partner that leaving the compost bin out with the lid off drives you nuts (it attracts fruit flies!). Think of the former as an antidote to the latter and make efforts to be a good listener, stay calm and non-defensive, and have empathy in times of disagreement. The power of positive thinking (and expressing) is especially potent in partnerships.

6. They Connect Over Nature
Relationship experts at The Gottman Institute (which helps couples achieve lasting, loving relationships through research) studied couples’ reactions to random small talk, like “Wow, look at the sunset.” Researchers categorize this as small but important requests for connection. They found that couples who regularly engaged each other in this kind of nature-loving small talk were the ones who ultimately stayed together.

7. They Share A Netflix Account With Animal Documentaries
You’ve heard that life imitates art, right? A study in the Journal of Consulting and Clinical Psychology—in which couples watched one movie each week for a month—documents an interesting finding. It turns out that watching films featuring an intimate relationship as the main plotline (in this case, maybe it’s the monogamous mating habits of penguins) inadvertently sensitized these couples to issues in their own partnerships and triggered the desire to work through their own problems. The films acted as gateways for couples to reflect on their own relationships in a safe, nonthreatening environment.

8. They Emphasize Digital Detox
If your faces are constantly buried in your smartphones, you may be digging your way to a problem. It may seem dramatic, but a trio of researchers at Boston University’s Department of Emerging Media Studies found evidence that frequent use of social media in the presence of your partner—which can feel antisocial—negatively impacts overall relationship happiness and quality. Another analysis even found a correlation between heavy use of Facebook among partners and spikes in divorce rates. Try leaving your digital life to your daily commute and focus on inclusive activities with your spouse—like camping together or taking evening walks around the lake.

8 Organic Couples Habits In and Out of the Bedroom