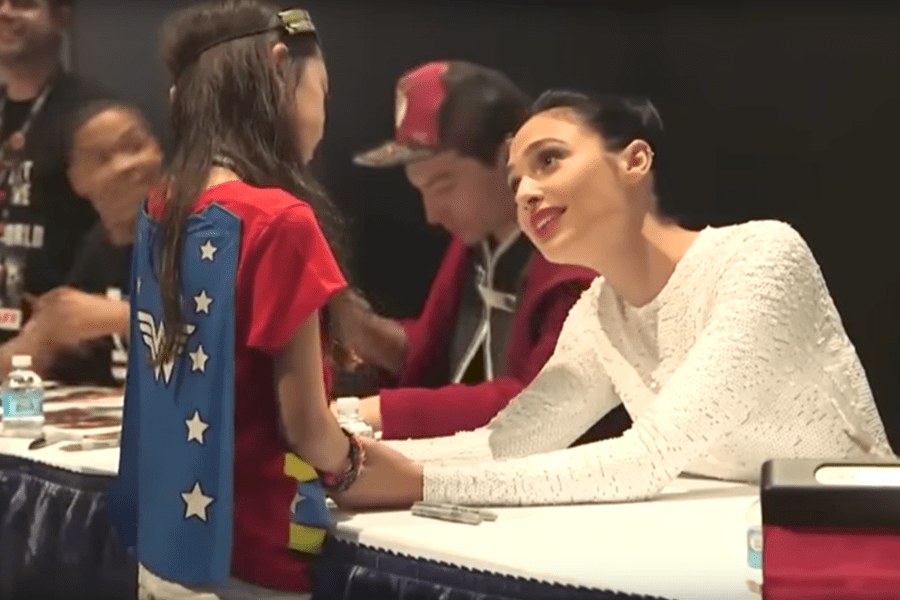 When this young fan met Gal Gadot (a.k.a. Wonder Woman), she reminded all of us how we need strong feminist role models.

In case you’ve missed it — there is a video of the fabulous Gal Gadot meeting a young Wonder Woman fan, and I have only watched it 4,845 times.

Okay, okay, maybe not THAT many times, but I have hit the repeat button a lot. It’s so heartwarming that I see myself coming home from long, hard days and watching this video to make me feel better. Move over Lil Bub the cat, I’ve found my new feel-good, cure-all Youtube video.

Check it out, and then continue reading below:

I can’t help but grab at my heart when the little girl cries and the actress comforts her, saying in a strong, but gentle, tone that she doesn’t need to cry, because “here we are together.” No Youtube video featuring a kitten, baby, or sloth even competes with how I feel when I watch this one. It’s absolutely precious.

But it’s funny that I should feel so connected to this video as, truthfully, I see interactions like this all the time.

I live in Southern California, smack dab between theme parks where kids can meet their cartoon heros, and Los Angeles, where fans often catch glimpses of their favorite actors, athletes, or musicians.

I used to work at a news station where we had guest celebrities every morning. News writers and interns would stand in the hallway outside the studio, nervously waiting to get a picture with their favorite Boy Meets World or Sex and the City star, and try to act cool when they told their favorite celebrity how much they loved their last movie.

At Disneyland, I’ve also seen kids get similarly excited to see characters like Sleeping Beauty or other Disney princesses. Little girls’ faces light up so bright you’d think the fireworks were early when they get to give Cinderella a hug. It’s absolutely magical.

But somehow, it’s not the same as this little girl meeting Gal Gadot. 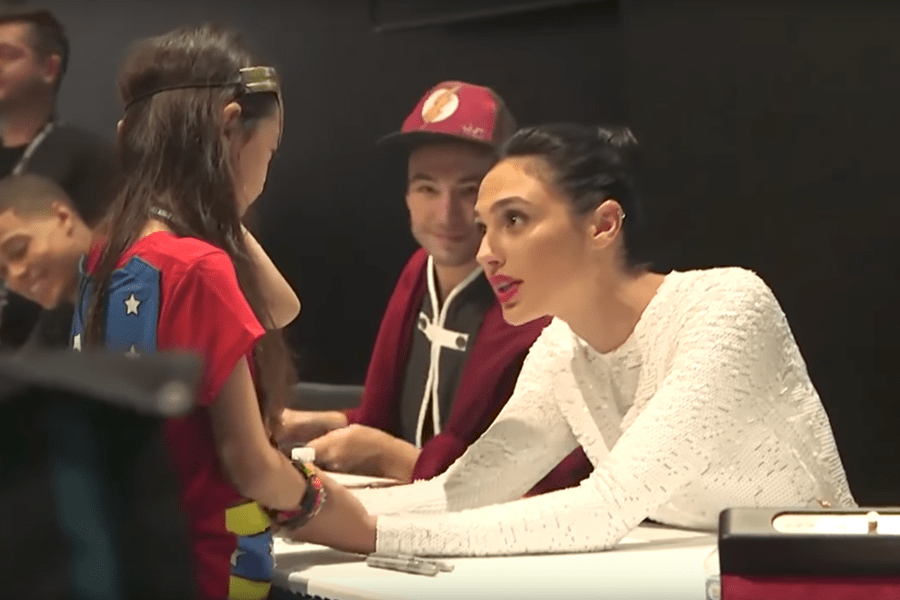 Maybe that little girl in the video has the same response, or same amount of joy, as some of the girls meeting Cinderella. Kids are going to get excited when they meet someone they’ve seen in a movie or on TV.

But this interaction affects me differently. It just so happens that this movie star represents so much to me.

When I was growing up, girls were often shown mostly princess movies. Sure, there are some amazing, strong, female cartoon characters. I loved Pocahontas and Anastasia — both featuring headstrong, title-character women. But a lot of the movies I saw and shows I watched after school were about girls or women dreaming of getting married or having a boyfriend, what they were going to wear or what their hair looked like.

The amount of movies we had that featured strong, independent women, or films that even passed the Bechdel test, used to be infrequent. Now, that’s changing.

I’m not sure if Wonder Woman’s massive success was exactly the turning point for everyone — the point where you realize that women can really do anything, that the world is wide open. But I do think that the success of the film acted as a validation of women’s abilities that many people were craving, and it came just when we needed it.

Sure, we’ve had a lot of great films with strong female characters recently: Ghostbusters, the new Star Wars films, Moana, and others. But with Wonder Woman, we got a woman-directed film about a powerful, kind, selfless female superhero with a gross profit that was not only on par with, but often beating, the male-equivalent big-budget superhero films. This was huge.

But it’s so much more than profits and comparisons.

Wonder Woman gave us a female hero that we could associate with strength, kindness, and power.

And if that wasn’t enough, it provided a role model for our kids that they can watch on DVD every day if they want to. I love the idea that kids these days can grow up seeing more movies with women fighting for justice than fighting over a boyfriend.

I’ve seen the eyes of little girls light up when they met their favorite princess. I’ve seen teen girls beg for autographs from their favorite models or glamorous movie stars. But I hardly ever get to see little girls get excited to meet a hero who’s also my idol. A hero that we, as women, and as people, can all look up to.