11 Relationship Problems That Might Be Sabotaging Your Love Life 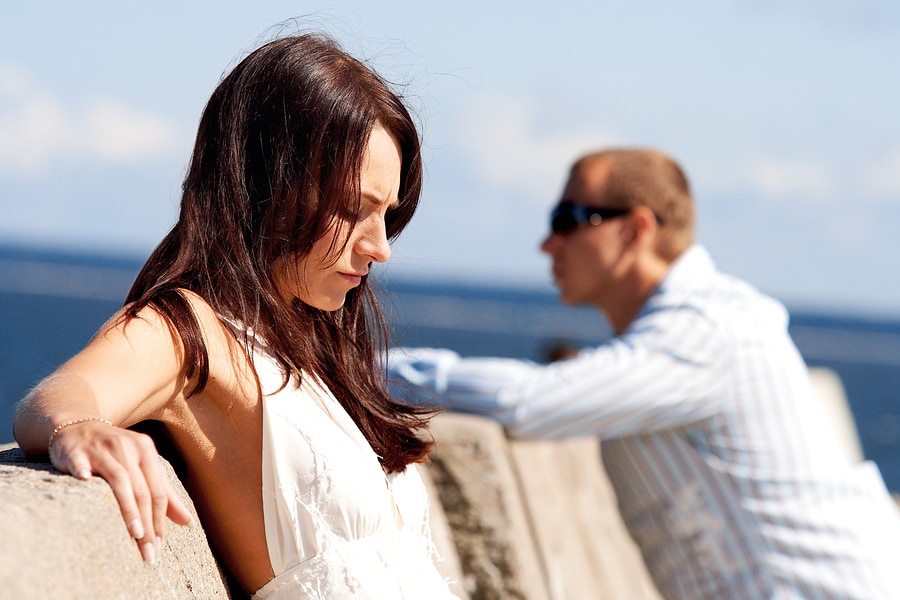 Here are 11 common relationship problems and how you can improve them.

Relationships go through rough patches — it’s inevitable. But if you feel like your relationships almost always end in dismay or you’re constantly fighting over the same thing, one of the following issues may be the cause.

Here are some common relationship problems that might be at the root of your issues, as well as tips on how to solve them taken from my own personal experiences, friends experiences, and lots of editing I’ve done for expert relationship coaches and therapists.

1. You’re more focused on being right than being in love.

Relationships aren’t about egos, they’re the place where you can be completely yourself. I once had to listen to my friend and her boyfriend fight over a right and left turn. She was right about the turn and he was wrong, but she wouldn’t let it go causing him to get angry. This made it a miserable ride for everyone.

You shouldn’t get so caught up in being right that you won’t let things go. It’s more important to be happy than right, and it’s important to acknowledge that everyone gets things wrong from time to time.

Next time you find yourself in a situation like this take a step back and think about what’s more important. Your ego screaming “I’m right!” or just letting it slide (as long as it’s not a HUGE issue) and being happy. Remember: don’t sweat the small stuff, because it’s only small stuff.

2.You pick apart every little thing your partner does.

Everyone has pet peeves but you have to realize you can’t change someone. You fell in love with who they are, not who you want them to be. Constantly picking and nagging at everything they do will just lead them to be angry or feel worthless.

If you don’t like something they’re doing, try sitting them down and having an in-depth conversation about how you’re feeling. Approach the issue together instead of attacking.

3. You’re not prioritizing your partner’s needs.

Your needs are important but when you’re in a relationship your partner’s needs are just as important. You have to make sure you’re making them feel heard and paying attention to their needs. After all, you want them to do the same for you!

4. You’re focusing on the negatives, or what you don’t have.

No relationship is perfect – not even the #relationshipgoals couples on Instagram. Everyone struggles, fights and has their own problems to work through. It’s so important to focus on all that you do have instead of all you don’t have.

I wanted nothing more than to go on a trip with a guy I dated in the past — but I had the money and he didn’t. I couldn’t change his financial situation and I couldn’t afford to pay for us both to go. So instead, we went on a day trip together and it ended up being a lot cheaper and less stressful. 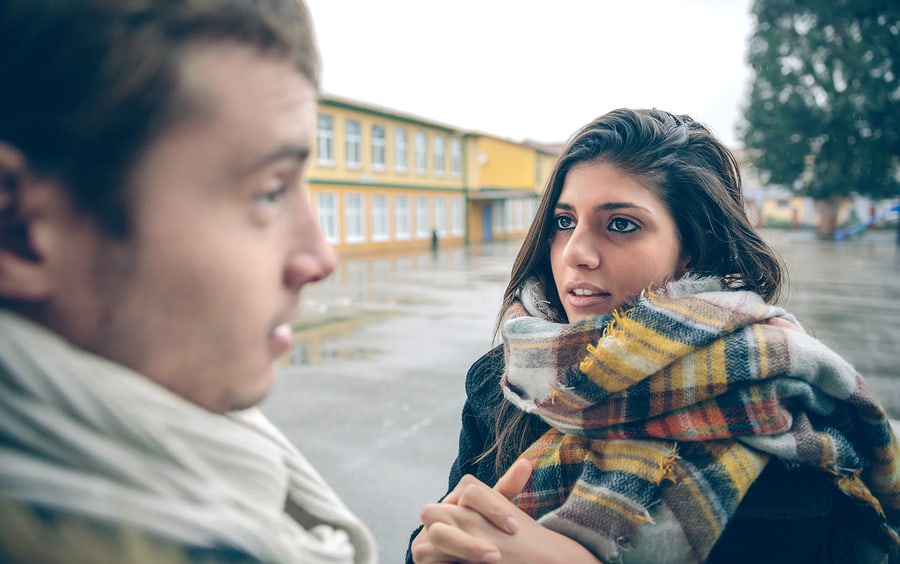 5. You’re making everything about you and taking things to heart.

We’re all human, it’s very easy to feel attacked or feel defensive. Instead of taking everything to heart, talk it out. Tell your partner what they said or did that hurt you, and how it made you feel.

One of my good friends hates that her boyfriend goes out all the time because she says when he gets drunk he gets mean. She would bottle up her emotions and pretend everything was okay, while he kept doing it over and over again. But when she finally told him that it was really upsetting her, he started changing his habit.

It’s better to have a calm conversation than to just blow up or become guarded. No one can read minds. If something is bothering you, it’s wise to just talk about it.

6. You’re not allowing each other the time to speak honestly.

Honesty is key in a relationship. You have to create a space where you can openly talk to each other about your problems, concerns, and emotions. You shouldn’t feel intimidated when confronting your partner about something that’s bothering you, and they shouldn’t feel that way either.

My guy friend had this problem with his girlfriend. He felt like she wasn’t appreciating him enough and that his attention wasn’t doing it for her. He was scared that she might leave. When he finally put his heart out there and expressed his concerns, it turned out that she didn’t even realize she was hurting him this way. They made a safe space for communication and worked through all the kinks.

7. You’re not growing together.

Things might not be working out anymore because you’ve grown separately and one may feel as if the other person is holding them back or dragging them down. Everyone grows at a different pace and in different ways. The things you were interested in a year ago might be different than what you’re interested in now.

My best friend and her ex bought a house together, but as time went on they realized they were turning into two completely different people. She wanted to go out to experience life while he was content with staying home on the computer. It ended up driving them apart. It wasn’t anything either of them did — they just started growing in their own ways.

Neither of you are at fault for the way you change, but it’s important to realize that you can outgrow people.

8. You’re constantly jealous or aggravated when your partner does something without you.

If you enjoy spending time with your partner, you’re likely in a great relationship. But if you’re feeling possessive about your partner’s time, take a pause. You have to allow each other time to spend with friends and other people you care about.

I have a lot of friends who do not trust their boyfriends to go out without them. They stay up worrying where they are and who they’re with and what they’re doing. They hate when their significant other goes out without them and that makes their entire relationship rocky.

Consider how a little bit of space keeps relationships healthy. Be careful not to begrudge your partner or yourself of that time, because it can only make you resentful.

9. You have unrealistic expectations.

Having expectations and standards are fine. In fact, they’re encouraged! But they have to be realistic. Our lives are not like the movies — things don’t always play out in a romantic, happy ending.

There probably won’t be someone throwing rocks at your window if you get in a fight. Don’t compare yourself and your relationship to everything you see on social media or in movies. Often times, people only show the good stuff; it’s rare that people show the bad.

Don’t put too much pressure and expectations on your partner, especially when you know they can’t reach those expectations. Don’t expect them to buy you an expensive bag or book a trip to Europe when you know they have a lot of other expenses to pay. Don’t get so wrapped up in material items that you overlook the little things they do for you, like open the door or tell you that you look beautiful. Sometimes the simple things are the best things. 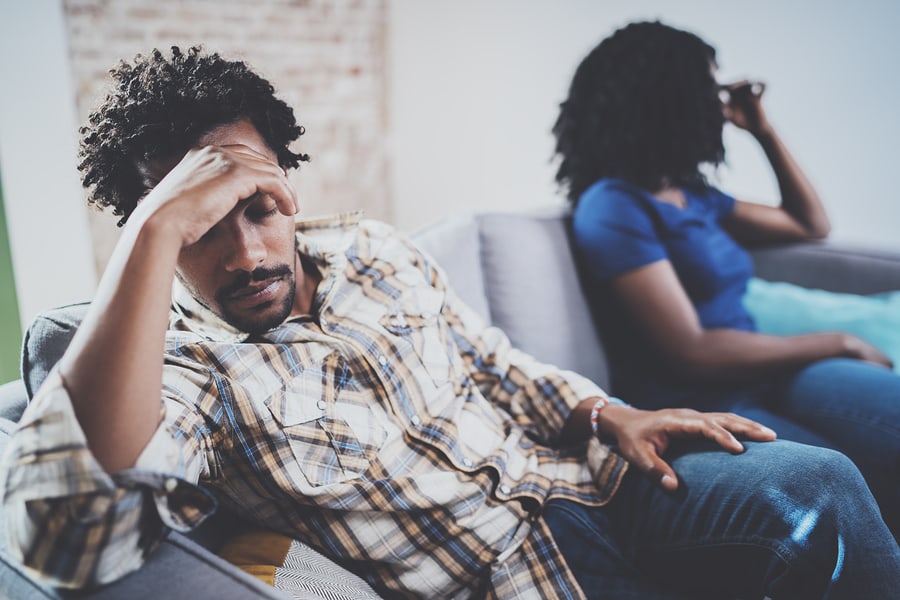 10. You try to control every situation.

Things won’t always go as planned. Maybe you booked a trip somewhere together and the traffic sucks or you missed your flight and now have a long layover. Don’t get so worked up about missing the flight that you can’t see the next one.

One time, I was supposed to have a great dinner with a guy I was seeing, but he had a bad day at work (something out of his control). Instead of letting it go, he carried that anger with him into our date. It ended up putting me in a bad mood and made me want nothing more than to go home, alone. He took his frustration out on me and it ruined the night for both of us.

It’s good to remember that sometimes there’s nothing in your power to change bad things from happening and let it go. It’s not your partner’s fault that things didn’t go as planned, so don’t allow yourself to take your frustration out on them.

11. You let past trauma affect your current relationship.

Everyone has gone through trauma in their lives in some way. No one is exempt from struggle or pain but at some point you have to let that go.

Maybe you grew up in a broken household but your current partner is trying to show you how much they want to be there. You have to trust them and let them at some point instead of continuously trying to push them away or find something wrong with them. Believing that “everyone leaves” is almost too easy. It will make you guarded instead of opening your heart and allowing yourself to feel and be vulnerable.

These common relationship problems are just that — common.

Love, relationships and dating can be confusing and challenging but everyone goes through them. These tips can help you put things into perspective next time you start to feel aggravated with love.

Looking for more tips? Read on to find out why dating is so particularly complicated right now, as well as how to tap into your intuition when searching for love.

11 Relationship Problems That Might Be Sabotaging Your Love Life