Sabotaging a Relationship Before It Even Starts 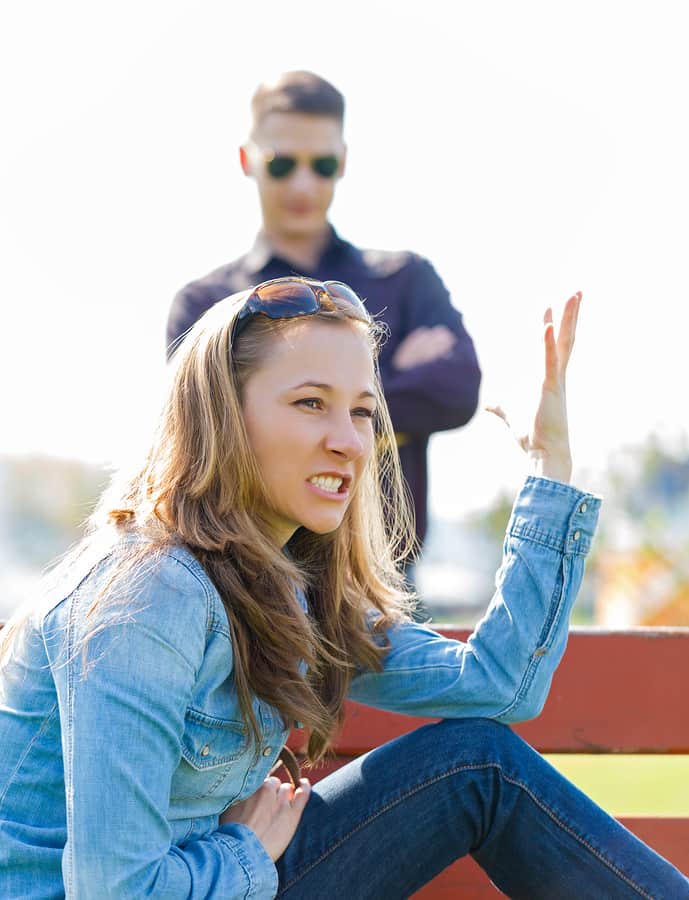 …And then something changes, as he either starts to pull away or seem less engaged or the worst one of all, begin to ignore her…

Every girl loves the feeling of meeting someone new; feeling that inevitable spark; exchanging numbers; talking to him everyday as the excitement buds. She connects with him; she feels the proverbial connection; she has fun with him; tells all her friends he might just be ‘the one’… And then something changes, as he either starts to pull away or seem less engaged or the worst one of all, begin to ignore her…

Naturally, the way that men and women go about experiencing and processing relationships is very different. Whereas men tend to live much more in the moment and require more time, women tend to get stuck and wrapped in the tiny details and want to jump right into a relationship.

The truth of the matter is that relationships in fact are really quite simple, but sometimes a girl can drive herself insane trying to figure it all out- often losing sight of what’s really important: the actual relationship in actual time, causing a budding relationship to turn into a non-existing one.

1. Focusing on a “fantasy future”

It always starts off so perfect; the first couple of dates go smoothly and you just can’t help but get excited for the future possibilities this new guy has to offer. We begin to think of where this relationship might go and we create a whole fantasy future. As soon as a girl starts to create this fantasy future, her mind begins to focus on the possibilities making it a problem because they lose sight of the here and now. Girls become obsessed and attached to this fantasy and they can’t help but stress and worry about losing this new man, even though he isn’t something they really had to begin with! And men can sense this overzealous vibe coming off a woman and that is when the push and pull between the two begins. As he senses a girl begin to create this fantasy, the pressure ensues and he begins to back off, causing the women to panic and cling on even tighter. This sort of pressure can be a really big turn off for a man and can turn a promising relationship into a nonexistent one real quick.

So girls, don’t try to plan a wedding when the guy is still only just trying to plan the next date! Give him time to continue to get to know you and for the both of you to develop a stronger bond.

No one likes to waste their time and risk getting their heart broken. Most women fear getting too emotionally invested in a man that will eventually break things off so they begin to wonder where the relationship is going; whereas on the other hand, men like to take it one day at a time, leaving women in a state of wonder and questioning. In these situations, sometimes women think it is best to have the “where are we” conversation only to protect their feelings, leaving the man feeling pressured and in the end, scaring him off. People also often associate pressure with desperation, insecurity and a need for control- all qualities no one is into, right?

So girls, even though it is tempting to ask a man “where are we?” for the sake of our emotional safety from the potential pain of a broken heart and because opening up to someone new is being completely vulnerable and scary, we need to realize that these are only fears and insecurities that can throw off our men. Life is full of risks and a new relationship is only part of the journey so it’s okay to be fearful. It only means that you are pushing yourself out of your comfort zone in the pursuit of something that will hopefully end up good. Allow the relationship to naturally unfold before you let your fear ruin it!

A lot of women tend to let the thoughts in their head take over and begin to over analyze the man in front of them. Who he is, what his real intentions are, what he’s really about—women look at his behaviours and the things he says and use that as a means to measure how he feels about them. Picking apart text messages, questioning why he’s not responding, questioning what he’s up to, debating what to reply to him, replaying every little detail over and over again, turning nothing into something, and the list goes on. The most attractive woman to a guy is the one who is drama-free, the one who just goes with the flow and the one who doesn’t put so much pressure in the relationship.

The first few stages of a budding romance are the most exciting, and if you’re too wrapped up in playing emotional detective, then you won’t get to actually enjoy it! Just stay confident in yourself and trust that he does like you. And if he doesn’t, then you will find someone better who will! The more you over think and invest your time in worrying about him, the more hurt you will be if the relationship fails for whatever reason.

Sometimes it is very difficult for girls to keep their options open when they find Mr. Nice Guy and can’t picture themselves meeting anyone better. They think that just because they hit it off after a couple of dates, that this guy has every quality they want, and so they begin to act like his girlfriend, when in reality, they are not. Just because things are going great and he talks for hours, does not give a relationship any exclusivity! Truth of the matter is that NO man is going to ever willingly make it official and commit to a girl unless he is absolutely sure of it and wanting it. It is in a man’s natural genetics to not want to be tied down and will only commit himself to that special woman when the time is right.

So stop being over dramatic and paranoid that he’s not into you just because he likes other girl’s Instagram pictures or Snapchats with other girls. Do not make nothing into something! If he’s really into you, he will not have to ever put a doubt in your mind and the budding relationship will eventually flourish into a prosperous one!

One last turn-off for men is when a woman starts to spend more and more time with him, but feels as if all of a sudden he is the one and only thing going on in her life. When girls begin to abandon their friends, their hobbies and their other life priorities, men begin to see this as an obsession and again, it places too much pressure on them.

Girls need to remember that the reason this guy felt drawn to them in the first place was probably because of the great life they lived. If she abandons that then that attraction and intrigue fades as well. And giving up all these things for him and expecting him to do the same will only end up in him resenting them for reigning in on his freedom.

Do not ever let a man be the sole source of your happiness and fulfillment. Do not ever stop being the girl you were before you met him. When your man sees that you can balance both him and your other sources of happiness, he will feel that his importance is reduced, and therefore start making YOU more important.

A girl should always allow for things to just happen naturally and embrace the uncertainty. When she just enjoys being with him and makes nothing of it, her vibe will be enjoyable to be around, making him want to continue hanging out with her. But as soon as he feels you’re trying to get something out of him too soon, he will want nothing to do.

Although it is healthy to be transparent in any relationship, especially in the first stages, the true winning strategy is to just always bring your best self into the relationship and not stress over it. As soon as you start, remember that if he is truly the one, then it will work out; and if he’s not, then you’ll be free to move on toward someone that is!

Sabotaging a Relationship Before It Even Starts