Oysters—Ready for a Romantic Week 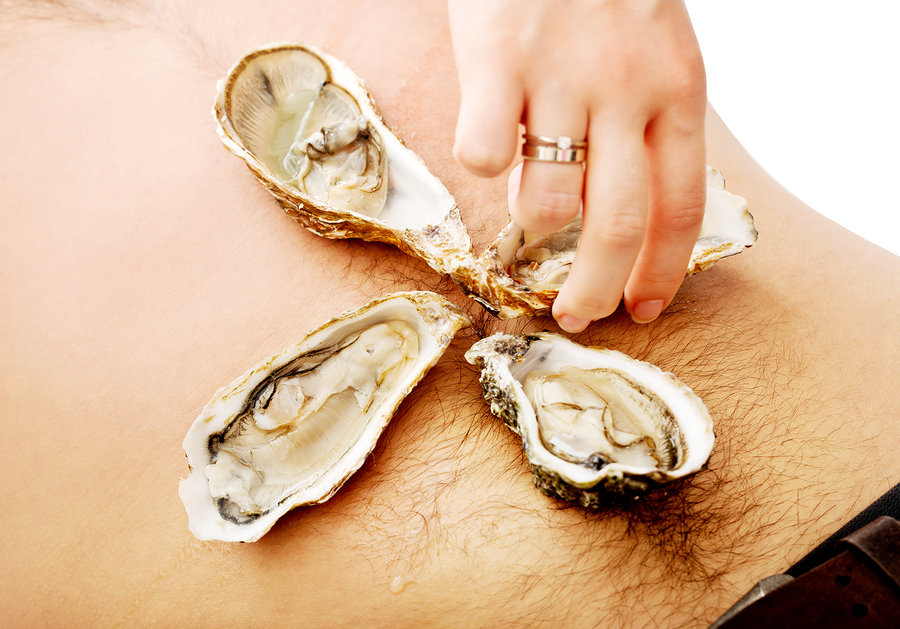 “Yes, I do think these molluscs are aphrodisiacs. If the male is having difficulties, they have to eat a lot of mussels or oysters.

Casanova, the 18th century lover who used to breakfast on 50 oysters, has been vindicated by a study that proves they really are aphrodisiacs.

And spring, the scientists say, is the time of year the shellfish have their greatest aphrodisiac quality.

The team of American and Italian researchers analysed bivalve molluscs – a group of shellfish that includes oysters – and found they were rich in rare amino acids that trigger increased levels of sex hormones.

The link was announced to 15,000 scientists in San Diego, California, at a meeting of the American Chemical Society last week.

It generated possibly more interest than any other discovery in the society’s 126-year history. “I am amazed,” said George Fisher, a professor of chemistry at Barry University, Miami, who led the research team with his graduate student Raul Mirza and Antimo D’Aniello, of the Laboratory of Neurobiology in Naples.

“I have been a scientist for 40 years and my research has never generated interest like this.

“For centuries, old wives’ tales have said that eating raw molluscs – oysters in particular – would stimulate the libido but there has really been no scientific evidence as to why and if this occurs.

“We think this could be the first scientific evidence of some substance.

“Did Casanova’s 50 oysters really make him frisky? Could be.” Previous speculation about the powers of oysters has centred on the refuelling powers of their high zinc content.

Zinc is found in sperm and men lose between one and three milligrams per ejaculation.

Dr Fisher and his team, partly funded by the United States National Institutes of Health, bought samples of bivalve molluscs – which also include mussels and clams – from fish markets near Dr D’Aniello’s Naples laboratory.

They then used a process called high-performance li-quid chromatography to identify which amino acids were present and in what quantities.

“They are not the normal amino acids that Mother Nature uses,” said Dr Fisher. “You can’t just find them in a vitamin shop.”

Dr D’Aniello had found in earlier experiments that injecting the amino acids into rats triggered a chain reaction of hormones that ended with the production of testosterone in males and progesterone in females.

“Increased levels of those hormones in the blood means you are more active sexually,” he said.

Oysters—Ready for a Romantic Week