Marathon Dating: When Spending A Lot Of Time Yields Little In Return 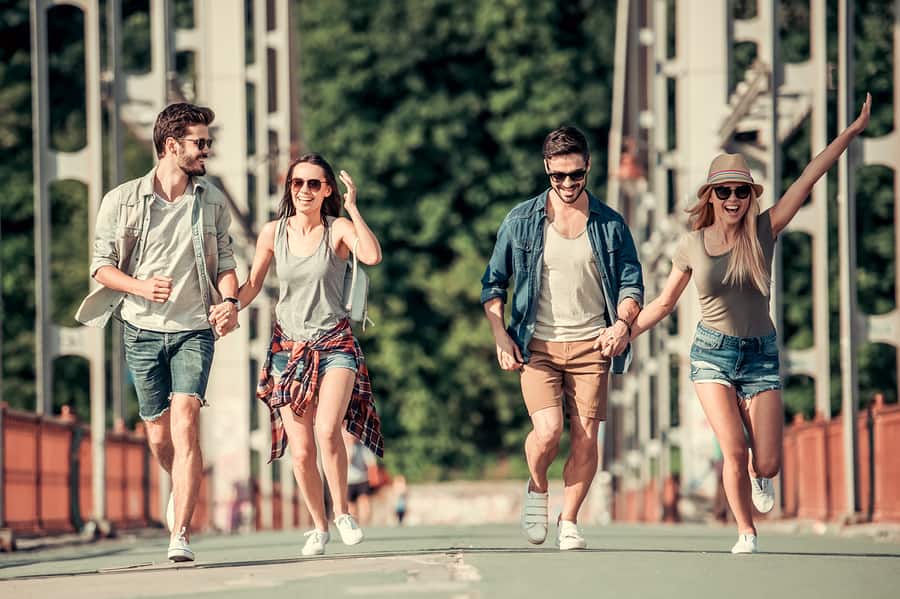 When quickly dating a lot of men doesn’t get you results, remember that long term dating might not give you what you want, either.

I used to burn through men like a stoned teenager in the Taco Bell drive-thru. Bored and guided by delusions of grandeur, I’d wolf down and wake up with heartburn the morning after.

So I switched diets. No eating men up and spitting out their teeth after. The name of the game was delayed gratification. The method? Teasing out my romances slowly, with restraint, through long term dating.

Instead of sprinting, I’d become a marathon dater: someone who builds endurances and tolerates boredom in order to win the long game.

My most recent winter in New York  gave me an unexpected chance to practice this new resolution. In need of a break from the city, I found an upstate retreat where I could write and recuperate — but it didn’t accept cats.  Who would care for my cat Babe for three weeks?

My next door neighbor, it turned out. He invited me over for dinner to talk about details. My “Babellini” is easy to care for, I explained — then pulled out four handwritten pages of her preferences.

“I’m a teenager, and Cat Power is my favorite artist,” I read. “When I miss Elisia, play ‘Sea of Love.’” I took a moment to hum the tune. “Peeves is my invisible pet. Please, don’t ask to meet him.”

As I read, I realized he was giving me eyes.

“What type of eyes?” My friend asked later, when I told her the story.

“Like I was reading a menu with all his favorite desserts,” I replied. 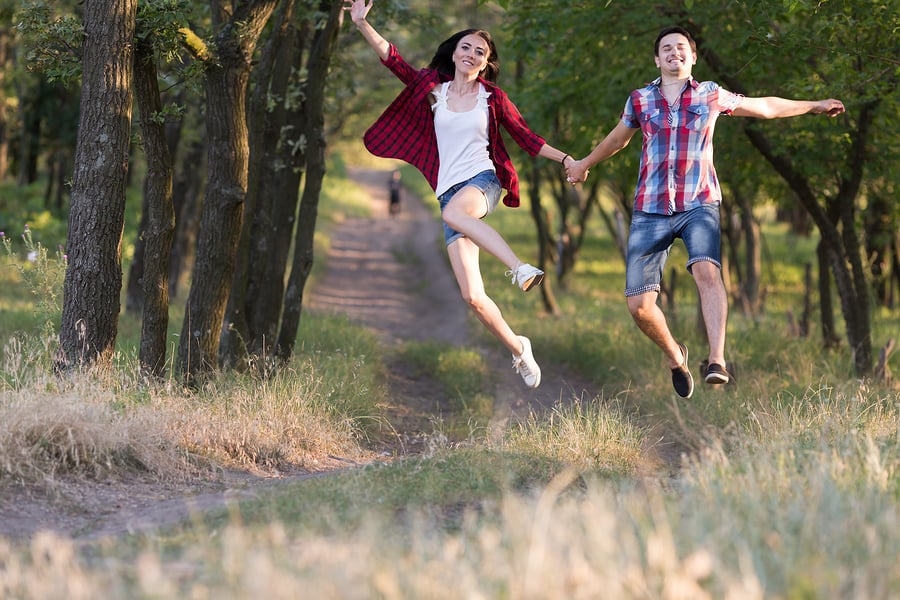 A nebulous friendship began, one with romantic undertones and confusing encounters.

He flirted with me at parties, but didn’t ask me out. He gifted me wine, but insisted I enjoy it alone. Maybe he’s trying to pace me, I thought optimistically.

One day, he invited me to an art exhibit after work. We ate sushi and walked around as much as the cold would allow. He offered me his gloves (the best he could do short of his jacket), insisted on paying for everything, and gave me those eyes even when I wasn’t talking about my cat.

After sharing a cab back to Brooklyn we stood on our shared sidewalk, uncertain. But instead of a kiss or even a hug, he told me to go stand in my courtyard.

I could see his bedroom window from where I stood. In a few moments it opened. He emerged onto the roof, carrying a jacket. It doesn’t fit me right, he explained as he tossed it down. It was an odd, sweet gesture, and I wore the jacket to bed that night and throughout my upstate stay.

I have a history of taking things too fast; an inner speed demon that enjoys going from zero to 60 and watching fireworks turn into explosions.

I didn’t know how I felt about him, or vica versa, but three weeks of alone time would give me plenty of opportunity to disentangle the mixed signals.

Plus, I’d been able to bring my cat at the last minute. Removing her from our dynamic might clear things up.

Winter turned to spring. Babe and I returned to the city, healthy and happy. My neighbor invited me to a movie, and there it was — a real date.

But he seemed extremely nervous. He mumbled something about a hard past year, mentioned that he was seeing a therapist, and — with my optimistic speed demon in full swing — I breathed a sigh of relief. It wasn’t me, it was him! I placed my courage squarely into a goodnight kiss.

For our second date, we decided to spend a Saturday hiking.

The next day I would go to Boston that Sunday to watch my brother run a marathon. I was proud and excited of all the built-in brakes that a hiking date would include, like:

I was feeling pretty good about the situation, until we hit the road and he started driving way too fast.

I liked speeding when I was a teenager — my five brothers and I enjoyed hitting 140 or more on the Interstate at night. We turned donuts in empty parking lots, and I learned how to crank the wheel while throwing the emergency brake on dirt roads, so that the back end spins deliciously outward.

But all these things are also extremely stupid, and my reformed speed demon found something highly unattractive about a man making his way aggressively down the New Jersey Turnpike.

On the trails, we encountered another speed issue.

Something about the Great Outdoors loosened his jaw. He talked, and talked, and talked — not about one, not two, but three ex girlfriends. At some point, he may have even thrown in a fourth. I nodded and hiked.

I’d been a distance runner for over a decade until I hurt my knee. The trail revived sweet memories of those years I’d spent flying through canyons, deserts, and mountains. Somehow, his rambling didn’t strike me as anything different than the type of gabbing my cross country teammates and I did when we were in high school: He did what with who for eight miles or more.

We drove back to Brooklyn. Once back in our neighborhood, he pulled over. “Look,” he said pointing towards the ground.

There, in the sidewalk, was my name: “Elisia.”

He’d written it in freshly poured concrete after our first date.

The jacket, that sidewalk — my optimistic, mushy, and completely naive speed demon swooned. That night we danced to records, watched a movie, and shared a platonic mattress on which he only mentioned his ex girlfriends once, to which I smiled and thought, he just needs time.

The next day, I boarded the bus, put my headphones in, and gazed dreamily at the traffic outside my window.

Aided by the blinding clarity of hindsight, I stitched together and reviewed the facts all the way to the marathon while thousands of runners passed me by. I was no longer a burn-through-them-in-three-months kind of girl. What I’d lost in speed I made up for in endurance. I’d spent four months in long term dating mode when the whole thing should have taken two dates.

And he was just as bad. Every story he’d told me (which made me wince as I watched runners whiz by, wishing I could blank the memories out) was about how all his relationships came to a slow, grueling, agonizing end that equaled emotional torture because clearly they should have ended years earlier.

Watching my brother run his marathon that day afforded me the strange privilege of understanding my own disastrous one.

I saw that no amount of patience could change the fact that he wasn’t ready to date. That while I had my problems with burning through situations, he had his with staying in them entirely too long. That while I’d tried to change my sweet, little inner speed demon, she was after all still a demon. She’d need something — more New Jersey trails, or a partner with a pair of brakes — in order to truly be reformed.

There’s nobility in seeing something through to the end, I thought as my brother, weakly then proudly, hobbled over the finish line. Over the next few weeks, my neighborhood courtship did the same — winding down quietly without fireworks or explosions, no applause or gold medals necessary.

Long term dating seemed like a solution, but what I learned is that it’s really about balance — rather than going fast or slow for long or short distances, perhaps it’s just about being real as well as your real best self.

For more reading on going the “distance” in modern dating, check out this article about keeping things hot and heavy in a long term partnership or ways to make a long distance relationship work.

Marathon Dating: When Spending A Lot Of Time Yields Little In Return

Elisia Guerena - Elisia Guerena is a freelance writer living in Brooklyn, New York. Her work has appeared in Popular Science, OkayAfrica, and Paste Magazine, among other publications. She writes poetry and fiction as well. Follow her on Twitter.