How To Play Dominant In The Bedroom 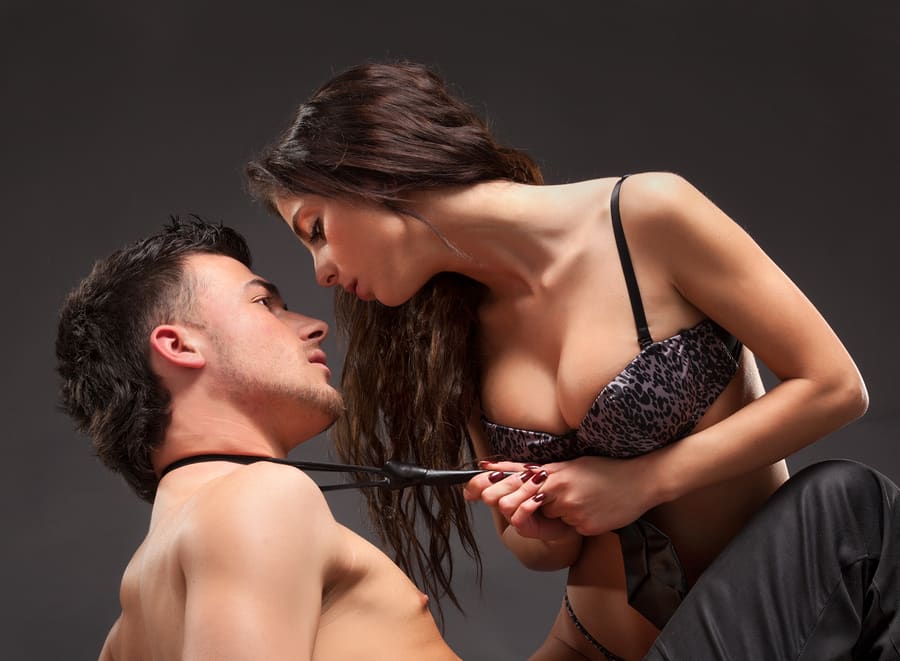 What a hot way to spice up your routine!

Surprise your man and take charge in the bedroom tonight!

Learning how to be dominant in the bedroom is something that I think every woman should learn. (No, dominance during sex is not just for men.)

While it’s not one of the usual techniques that I teach in the Bad Girl’s Bible, it can help expand your horizons in the bedroom and help give you more ideas as to what’s possible with your man. With this in mind, I want to give you four tips on mastering dominance in the bedroom with your man.

I’m going to start easy and then progress to tips that take a bit more effort and courage to try.

There Is Both A Physical & Mental Aspect to Dominance

The first thing that comes to most people’s minds when they think about being dominant in the bedroom is usually whips and chains. This is certainly a whole lot of fun when dominating your partner, but it’s not always necessary and is actually on the extreme side of domination.

There are much more subtle and sometimes more powerful ways exert dominance over your partner. These range from simply saying something subtle to him like, “I really like it when you do things for me,” to a bit more assertive language like saying something like, “I’m going to decide when you get to orgasm.”

But that’s just the verbal aspect of being dominant. There is also the physical aspect. This might start as something small like giving him some soft, subtle spanks during sex or it land on the more extreme end, like insisting on woman-on-top sex positions only or even giving him some very dominant oral sex.

Start With A Dominant Sexual Position

Probably the easiest way to introduce a more dominant side of yourself in the bedroom is through new sex positions. Instead of the usual positions like missionary and “doggy-style”, where your man is on top and the one in control, try switching to positions where you’re on top and calling the shots.

The obvious position that comes to mind for this is “cowgirl”, where your man is on his back and you are on top of him, straddling him, but there are other great positions for dominating your man, too. These include positions like “sofa surprise”, where your man sits down on a sofa, couch or chair and you straddle him. In this position it’s very hard for him to go anywhere and again, you’re the one in control.

Now that we have covered some of the physical things, it’s time to learn some of the advanced verbal aspects of dominating your man.

How To Play Dominant In The Bedroom