One Couple’s Radical Approach To Solve Their Sexless Marriage 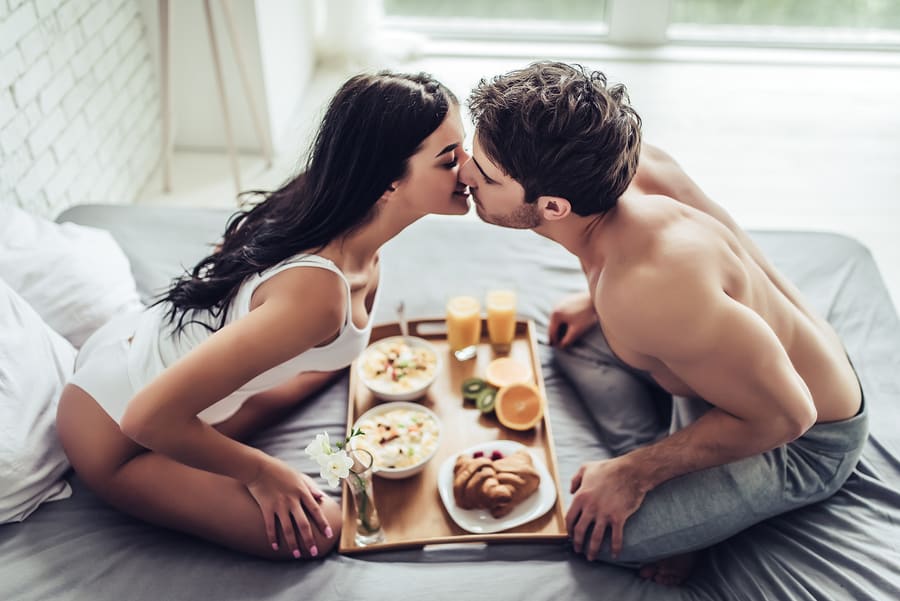 My husband and I found ourselves in a sexless marriage after having our son two years ago.

So six weeks after my c-section, when I wasn’t even feeling a tingle of emotion, he started to get concerned. When we did finally try, it was the worst sex either of us has ever experienced. I hated it and my body responded accordingly. We had to stop two minutes into it as our bodies rubbed together, chaffing with the friction of dry skin against dry skin.

As months went on, he began to blame me for his growing unhappiness and I blamed him for pushing physical intimacy that I had no interest in. It was a vicious, self-perpetuating cycle.

In desperation, I made an all encompassing effort to find my missing libido. But counseling, crystals, massage, visiting an energy healer, yoga, boudoir photos, talking to a doctor, and anything else you’ve ever heard or read about didn’t work.

So, we decided to take a radical approach to solve our sexless marriage.

My husband would take a three week vacation from our family during which he was allowed (and encouraged!) to have as much sex with as many strangers as he’d like.

For any readers who may be formulating assumptions about how that conversation went, it’s important to note that I was the one who first stumbled upon the idea of a sex-cation for my husband, and I was the one who did the convincing.

We’d explored the concept of an open relationship, threesomes, and polyamory already. None of those structures sat well with us. Long term, we wanted to be in a monogamous relationship. He’s an intensely committed human who prefers stability to change. I don’t have the emotional and/or intellectual resources to grapple with the philosophical and logistical questions that come up during multi-person relationships.

In all of my journaling and therapy, I found myself coming back to one problem over and over again — and that was blame. Hormones do some weird things to both men and women once a baby enters the picture.

My husband had quietly started blaming me when our new infant cannibalized our lives. In his mind, he’d imagined becoming a father later in life and felt that I’d pressured him to move up the timeframe. In some ways, he was right, but the choice was always his.

Caught in his own disappointment and blame, he failed to meet my needs as a new, breastfeeding, semi-depressed mother. I needed empathy more than anything, and that’s the one thing he failed to give me. Unlike his quiet blame, mine was a loud, raging anger.

In my mind, the misery of that first year of motherhood was almost entirely on his shoulders. And it made my vagina clam up.

From there it spiralled. As a man with an unusually high sex drive, he was miserable. He felt rejected and abandoned. He felt as though I’d misled him in my sexual willingness before pregnancy, that I’d stolen his opportunity to experience a varied and healthy sex life while he was still young. Not knowing what else to do, he just kept propositioning me.

I, unsurprisingly, felt pressured by him, as if he believed it to be my duty to surrender my body to his needs. Even after the first year of motherhood, I found myself piled under domestic demands. On top of washing diapers, arranging childcare, keeping the house clean, and managing our schedules, I was at the helm of my startup — a company that was rapidly growing. At the end of the day, there was nothing left for me to give, and from my fed-up perspective, my husband just needed to grow up and get over it.

I know it sounds ugly; it was. There’s nothing about a suddenly sexless relationship that’s pretty.

I wanted out. He wanted out. So I made the decision to give us both what we wanted. He would leave for three weeks and finally get his sexual needs met. I would manage the household, catch up on work, and be left blissfully alone. At the end, we’d come back together and hopefully be able to view the situation with fresh eyes.

Guess what? It worked.

He left for a large city in Southeast Asia shortly after. We’d spent a significant amount of time there in the past, and he already had friends who lived in the region. Our rules stated that he could only begin his time of freedom once he left the city we lived in, and could only engage with women neither of us had previously known. All of the dating apps he used, needed to create with email accounts he’d delete after he returned. He was not allowed to give out contact information, give his last name, or meet the same person a second time. This was designed to be a physical experience, not an emotional one. Any questions I had were not only allowed to be asked, but he would be obligated to answer truthfully.

The second he walked out the door, I felt a huge weight lift from my shoulders (or, I guess, my loins). 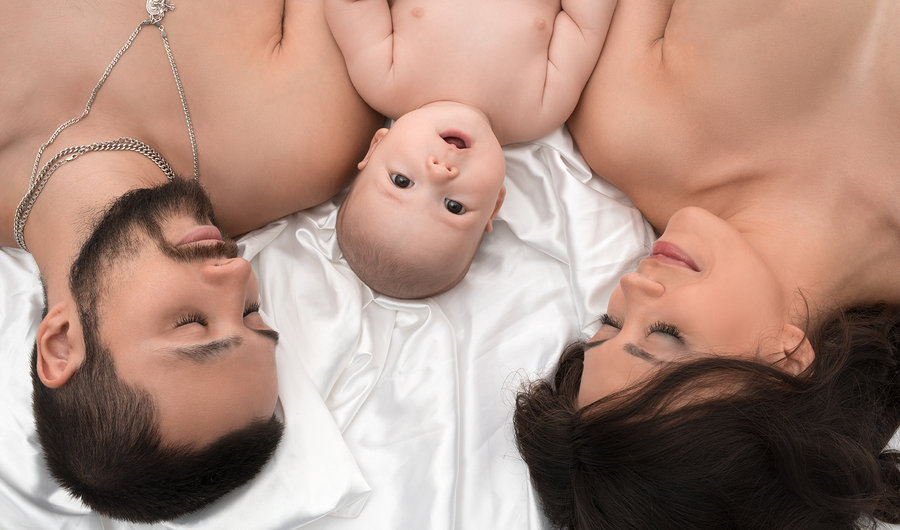 Fearing the lack of help from a second parent, I’d built backup plans upon backup plans for handling our little one which resulted in our household running better than it ever had. Once I got the baby down for sleep, I’d journal and then read. Two things I hadn’t done for enjoyment since I was pregnant.

Without any external demands, I found time to run during my lunch breaks, and even hired a sitter to go out with friends on several occasions. When I came home those nights, I’d crawl into my big empty bed and sleep until morning. Those were the first times in over a year I’d slept through the night. It was positively glorious.

Instead of anxiety over what my husband was doing, I felt relief at having one less person to “service” in my life. I could actually pay attention to myself, something I’d all but forgotten how to do.

Across an ocean, my husband was working out his own issues.

He was finding that he still had worth. Women wanted, not rejected, him. And through his many encounters, he discovered something that saved us. I had not been the one to force domesticity upon him — he’d always wanted it. It was, like I’d been insisting, his choice all along. The encounters he had reminded him sex was necessary, but it didn’t make him happy. He found that he loved me deeply and craved the safety of our monogamy. His flings were physically satisfying yet emotionally devoid.

When he returned, the blame spiral reversed itself. He understood that he had chosen me as his partner willingly and any pressure he’d felt was nothing more than a way of blaming someone else for his unhappiness in early parenthood. That renewed love and understanding showed itself in the form of empathy towards me. Because of that, I felt supported. And because of the weeks alone, I felt refreshed. We had sex a few times.

Those few times encouraged him, which caused him to show me more appreciation, and so on, until the pain of our post-baby lives had dissipated.

My nether regions slowly woke up.

A year later, we can call ourselves happy without a hint of a lie.

We’re not back to our pre-baby sex lives, but we’re up to a healthy few times a week— far from a sexless marriage. Our solution may not work for everyone (heck, it may not work for most!), but my hope in writing this is that I’ll reach at least one person out there who is out of options. Someone who is looking for a solution where there seem to be none. If you’re out there, don’t be afraid to veer off the path and find a new way. Find something that works for your relationship, no matter how crazy it seems.

For more reading about solving a sexless marriage, check out this article that can help you determine how much sex is healthy, or this helpful advice on regaining your sexual confidence.

One Couple’s Radical Approach To Solve Their Sexless Marriage

Amy Rette - is a LoveTV contributor who enjoys writing about sex and relationships.