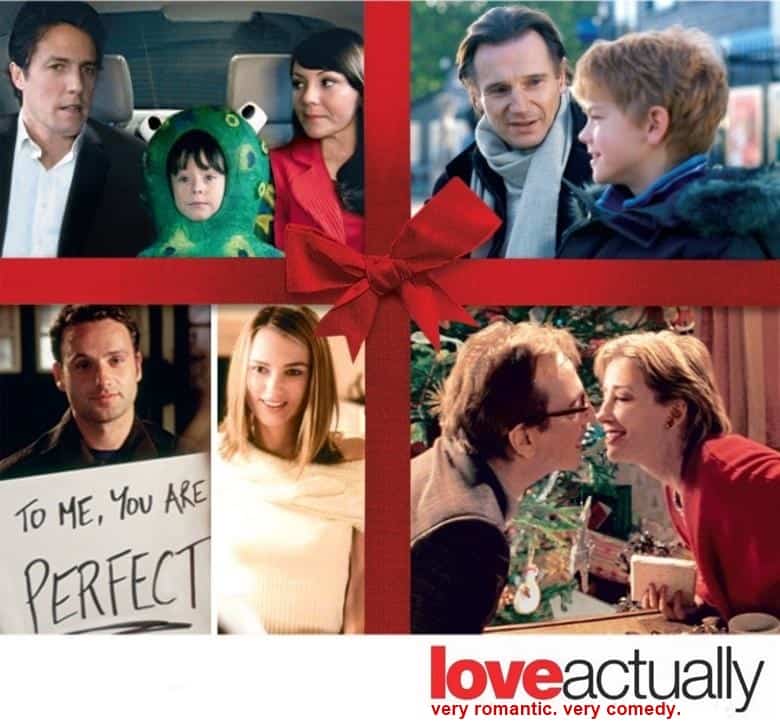 2003’s Love Actually is an ensemble romantic comedy that has been attempted to be duplicated many times but no other movie has quite lived up to its holiday perfection. Iconic characters like Laura Linney’s lovesick Sarah or shy schoolkid Sam to Mark, whose unrequited love for Juliet was heartbreaking were all memorable. Of course let’s not forget Natalie!

I’ve related to different Love Actually characters as I’ve aged. Here are just some of them.

Love Actually came out the Christmas after I turned 18. My newfound college friends from my floor in my dorm all got together and saw the movie at our neighborhood theater. We were delighted to be included in a video clip that the movie PR were filming for previews to get people to see the film.

While all that was fun, and I came out loving the movie, I was obsessed with Sam’s character at the time. The adorable blonde elementary aged child and I had a lot in common—he poured his heart into everything he did, most importantly his romantic interests. I truly felt for him and his love for Joanna.

I remember whispering to my roommate when Joanna was singing “All I Want for Christmas is You” and turns to Sam first. She then continues to point to just about everyone in the auditorium. Sam’s angry and shocked face that Joanna wasn’t serenading him was so me. I told my roommate, “Sam is so me!”

Throughout elementary school and high school I was always a friend for everyone but no one wanted to really be romantically involved. Looking back, I am glad that it all ended up being the way it was. That all being said, I still feel Sam’s pain because that was me growing up! I still wish I had the guts he did to (spoiler alert) kiss Joanna. 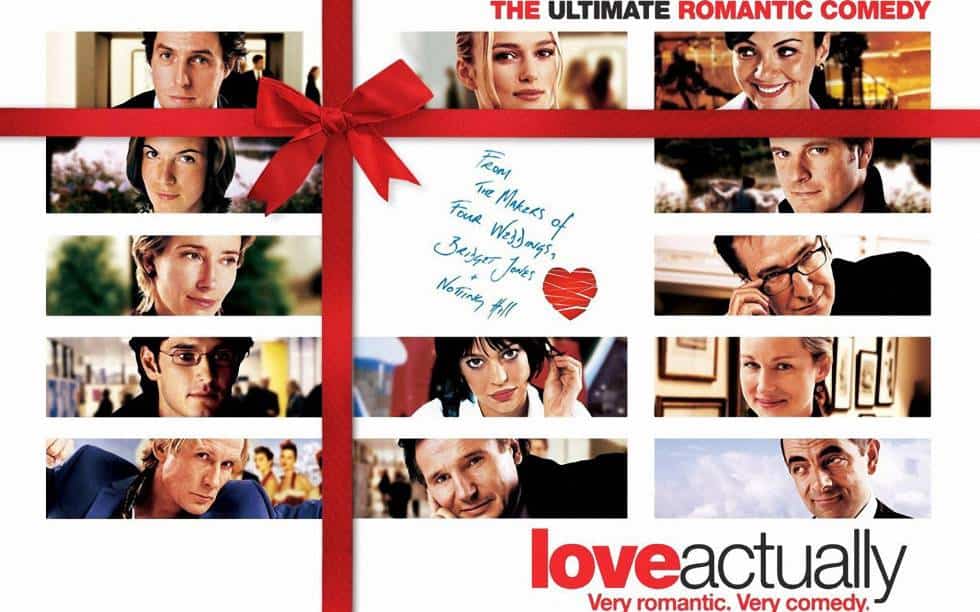 Since I bought the Love Actually DVD it has been my tradition to watch it not only the weekend we set the clocks back (as a celebration of the holiday season to come) but multiple other times throughout the season. In my early 20s, I identified so much with Natalie. Sidenote: I’m still looking for a sweater and coat like she wore at the end of the movie!

Anyway, when she was starting out working for the Prime Minister and another female co-worker talked about her behind her back, I remember sighing heavily. That was me at one point when I was working full-time. Having to deal with female co-workers talking behind my back was something that weighed heavily on my self esteem at that age. I’ve since learned to put pettiness behind me.

Not to mention, at 23 I still had a sense of innocence where I still dreamed about what it would be like to be in love with a prime minister.

A few years later, I would tear up at the iconic scene where Mark declares his love for Juliet despite her being married to his best friend. While nothing like this has happened to me, I still felt for him. At one point when I was younger, I was in love with my two best friends (at two separate points in my life). While I am much happier with the way things ended up, at 25 I felt deeply affected by Mark and his unrequited love. To this day, I still admire his bravery for going to Juliet’s as a “carol singer” and declaring his love.

As I got older and started dating more, I watched Love Actually and couldn’t help but laughing at the scene where Sarah invites Karl back to her apartment. The complete and utter giddiness of her character as she asks for a minute to freak out in private that a guy was there was so completely me.

Later, as we see them entering her bedroom she kisses and subsequently tosses her teddy bear underneath her bed. I’d be rich if I had a quarter for everyone who’s told me that is me over the years!

I felt like I could be friends with Laura Linney’s character, as I understood the painfully long process of getting to know a man then finally getting him on a date and then to your apartment.

This may be a random one but hear me out—I am a piano teacher and when I watch the movie again a few weeks ago, I identified with the harried teacher at the Christmas pageant in the snowflake sweater. When he introduces the children and says “for this, I am sorry” or something along those lines I couldn’t help but laugh.

You could tell the teacher loved his pupils and understood completely that kids are unpredictable—no matter how hard they may have practiced for the pageant, some of the children might fudge their parts.

I could imagine myself saying that to my own students’ parents at a recital, no matter how hard they practice something there’s always the possibility of something going wrong. However, I will love them unconditionally and am so proud of every one of them—even if Jingle Bells ends up sounding more like Jolly Old St. Nicholas!

Want to read more on relationships and the changing seasons? Check out this piece on moving on to a new season in love.