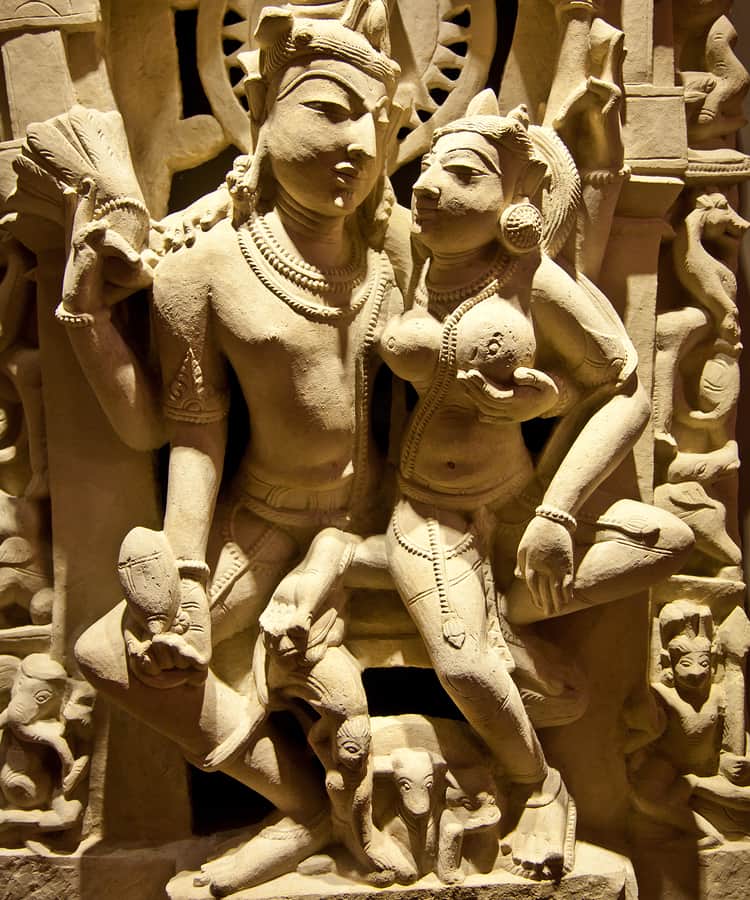 Sex beyond with Tantra

Tantra is one of the oldest known arts of sacred sexuality practiced today. Although Tantra has long been practiced in many eastern cultures, it’s just beginning to flourish in the United States. Born in India more than 6,000 years ago, Tantra emerged as a rebellion against organized religion, which held that sexuality should be rejected in order to reach enlightenment. Tantra challenged the acetic beliefs of that time, purporting that sexuality was a doorway to the divine, and that earthly pleasures, such as eating, dancing and creative expression were sacred acts.

The essence of Tantra lies in the ability to transform sexual energy into a spiritual journey into nirvana, bridging the gap between spirituality and sexuality thus awakening to full enlightenment and awareness. Tantra is a “practical” spiritual path and is practiced in sacredness. Since Tantra is practiced as a spiritual ritual, as with all forms of spiritual worship, there is an acknowledging and honoring of a divine presence or being. In the case of Tantra, this is reflected by acknowledging and honoring the divine presence of God in your partner and each other throughout the realm of the senses.

From the beginning, Tantric teachings passed from one generation to the next in the unwritten form of the rituals themselves, then later through writings known simply as “Tantras.” The Tantras were written in Sanskrit (ancient Hindu) and are composed of dialogues between the Hindu god Shiva and the Hindu goddess Shakti. Tantra means to expand, join or weave Yin (female) and Yang (male) energy between lovers. This joining of the polarities of male (represented by the Hindu god, Shiva), and female (embodied by the Hindu goddess, Shakti), incorporates them into a harmonious unit of one in which they reach the essence of their core identity through a variety of rituals in the mental, emotional, spiritual and sexual dimensions of wellness.

The weaving of the Tantric energy is based on the balance of the Chakras (energy wheels). According to Tantric beliefs, there are seven chakras which align the center of the body. When in proper balance, the chakras allow us to understand the relationship between our highest consciousness and physical being. Tantra focuses specifically on using the chakras to direct Kundalini (sexual) energy between Yin & Yang within the six essential elements of Tantra: Breath, Movement, Muscle Lock, Sound, Intention and Attention. When a deep interconnection is established throughout all of the six essential elements, the perceived space between yin and yang becomes filled with the light of Spirit. This spiritual presence activates energy between the two, joining them as one.

Tantra is different from western ideas about sex. In the West, we sometimes view sex as a source of recreation rather than a means of transformation. The goal may be to reach orgasm rather than to please our lover or connect with him or her more fully. Another key distinction between westernized views of sex and tantric sex is that the western sexual script has a clear beginning (sexual excitement), middle (penetration), and end (orgasm). Sex is seen as goal oriented, with orgasm being the end result and any adaptation from this script seen as wrong.

Tantric sex is not result or goal oriented, but rather, timeless and unstructured. In Tantric sex the point of sex is not orgasm, rather to experience the sensations and pleasures associated with intimate connection with a partner. There is no clear cut beginning, middle, or end. Most of the exercises related to Tantric sex involve slowing things down, trying not to focus on our external body, or orgasm, or anything outside of our experience in the moment. Without a focus on orgasm, sex becomes more about exchanging pleasures, awakening the senses and allowing couples to communicate on deep physical and emotional levels. During this time, lovers are able to establish an intimate connection that can be maintained and heightened as they transition into the sexual dimension.

Another major difference between the westernized way of sex and Tantric sex is the emphasis of breathing and slowing down sexual behavior compared to the hectic, orgasm-focused westernized approach. In the art of Tantra there are a variety of individual and partnered activities that are designed to focus on breathing and meditation. The activities and exercises help to bring attention, focus and intention into the moment, which allows for greater pleasure and sensation during the experience. In addition, breathing directs energy, frees emotions, and increases stamina and orgasmic intensity, as oxygen is dispersed throughout the muscles and bloodstream.

Tantra can be a very breathtaking journey — literally and figuratively — especially when practiced with a partner who is open to transcending into a spiritual journey while experiencing sexual ecstasy. The benefits of Tantric sex are endless, including the ability to delay orgasm, heal past emotional wounds, deepen connection with a partner, rejuvenate your health, and experience ecstatic sexual states. Practicing Tantra will increase intimacy, energy of attraction, communication, and spirituality, ultimately enhancing the richness of the relationship. Through its rituals, Tantra teaches ways to carry this intense focus of concentration into all areas of life. The rituals make it possible to enjoy not only sex but increase happiness in all other dimensions in our lives.

Tantric sex extends far beyond the bedroom by helping partners open fully to each other in trust and love through all facets of their relationship, creating a space for spiritual growth and personal awareness. As you learn to open to yourself to the path of love, you naturally open up to others around you. You begin to understand that surrender does not mean submission or loss of self, but rather a loving expansion to something that is much greater than you are. The practice of Tantra shows us how to reclaim the sexual intimacy that is our inherent birthright. Through this most ancient art, we discover new joys of the erotic pleasure and expand our moments of sexual ecstasy into a lifetime of happiness and bliss. The real essence of Tantra cannot be captured in oral or in written words. To truly understand Tantra, you have to experience it!