Doctor Who Taught Me 6 Things About Love 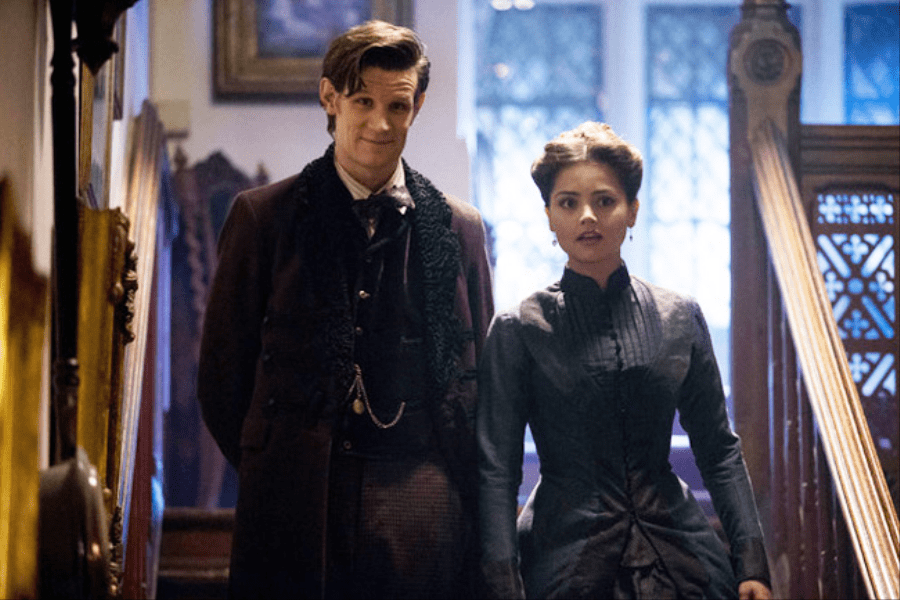 I live as the intersection of a hopeless romantic and die hard geek.  So as obsessed as I am with Doctor Who and as much as I tune into the long running British sci-fi series to watch an anachronistic man fight off salt shakers armed with plungers and egg beaters, sometimes I learn a thing or two.

Here’s just a few things I’ve learned about relationships from the travels of my favorite Time Lord.

So just about fifty years ago, the partners that be at the BBC concocted a strategy to continue the massively successful series without William Hartnell, the actor portraying him.  His health had begun to interfere with his performance, and they were left with the issue of having to replace the main character.  Their genius move, later dubbed “regeneration,” was to give the character the ability to regenerate, taking on a completely different face and personality.  This move gave the show the ability to grow and change with eras, and is directly responsible for its longevity.

Now, there’s no scientific evidence that human beings can regenerate, but that doesn’t mean that we don’t change.  We grow, we evolve, we discover different things about the world.  We go through profound experiences that alter our personalities.  On the show, companions who witness the Doctor they knew change faces have difficulty adjusting to the new Doctor, unsure if he’s the man they once knew.  This is a pretty relatable sensation for anyone who has known or loved someone for a long time.  How many times have you heard the phrase “He’s not the man I married.”? But just like the characters on the show, we can actually survive the changes in our partner.  When we love and care for someone, we learn to love the way they grow as a person.  If we plan to enter a long term relationship, this is exactly what we’re signing up for, to grow together on a shared journey through time and space.

Every Doctor has his wardrobe eccentricities, and the Eleventh Doctor, portrayed by Matt Smith, had his bow tie. He felt they were cool and he made great effort to make sure we knew that at every opportunity. It was a silly little embellishment that may or may not have been well received by his companions.  Or his wife. Like the Doctor and his bow tie, we all have some little quirks, interests, and hobbies that drive our significant other absolutely bonkers. And our partner has some that do the same to us. But love isn’t about having someone who fits the absolute perfect package and hits every mark on some cosmic checklist. Love is about finding someone who may have a thing or two that doesn’t quite click with you and loving them anyway, or even because of those quirks.

Anyone who has gone back and tried to watch the classic episodes of Doctor Who prior to the 2005 reboot may discover something: a lot of them are really, really hard to sit through. It can be tough talking to someone who grew up watching the series, because their memories are painted by the nostalgia of their childhood, while my viewing is hard to always reconcile with the modern show that I love. When we meet someone new and develop a relationship with them, sometimes we learn a thing or two about their past that gives us pause.  There may be some things about their history that they aren’t proud of or even regret.  It’s important to remember though that the past is exactly that.  We don’t have a time traveling police box that will let us change history. What’s important instead is to see the person you love now as a result of those old growing pains, and maybe eventually love them as the building blocks they are for who that person is today, and for the future you’ll have together.

All talk of friendzones aside, sometimes it actually is better to be friends with someone than to have a romantic relationship with them.  Doctor Who returned in 2005 with the early seeds of a romantic subplot between the Doctor and the first new companion, Rose.  As epic as that love story became, and as much as it tied back into the 50th Anniversary special that aired years later, there’s something to be said for the power of a great friendship.  Rose has her place in Doctor Who history, as does the unrequited pining Martha who replaced her, but when things got too dark for the Doctor, what he needed was “a mate,” and he got it in Donna Noble, the brash temp from Chiswick played by Catherine Tate.  The next few companions all moved along the same lines, Amy Pond flirted occasionally but her heart belonged to Rory, and Clara Oswald was shakily written as a romantic interest for Matt Smith’s Eleventh Doctor, not truly shining until she bonded as the closest trusted ally of Peter Capaldi’s Twelfth.  Romantic love is amazing, but sometimes what we need is a friend who we can trust, and have unwavering faith in.

“Okay kid, this is where it gets complicated.” Amy Pond was a little girl who met a mad man with a box called the Doctor, who she didn’t see again until she was an adult, making her “The Girl Who Waited.”  Adult Amy has a boyfriend, later husband, who was turned into a plastic double of himself and then also waited outside a box for her for over a thousand years dressed as a Roman Centurion, aka “The Last Centurion.”  What does all this mean? Simple: Patience.

Sometimes we feel an immediate need to rush into something or feel the intense desire for instant gratification.  But I know speaking from personal experience, I’ve ruined many a good thing by being too eager, or by being unable to wait patiently.  Love can’t be rushed.  Even if you had an actual time machine, you couldn’t skip right to the end because the journey, the anticipation, that’s all part of.

The Doctor’s real name is not The Doctor.  The line above is what he tells his companion Clara during the season 7 finale episode “The Name of the Doctor.”  He talks about his name like it’s an ideal, a reminder of the person he’s supposed to be.  Many of the other things on this list have to do with external expectations and actions.  This one is all about ourselves.  For years when I was younger, I wanted a girlfriend.  I wanted to be in a relationship because the concept of that appealed to me.  But I was young, foolish and someone who was silly enough to let her ideas of romance be influenced by the movies and TV shows she watched.

Now I’m 33, probably still a bit foolish, but I know that love is not about having something.  Love is about being something.  It isn’t that I should want to have a girlfriend or a wife, it’s that I want to *be* a girlfriend or wife.  That I want to be the kind of person worthy of someone’s love, that I want to take on the responsibility of sharing their life, of joining it with mine. Being someone’s partner is a promise you make to them, but just as importantly, it’s a promise you make to yourself.

Doctor Who Taught Me 6 Things About Love